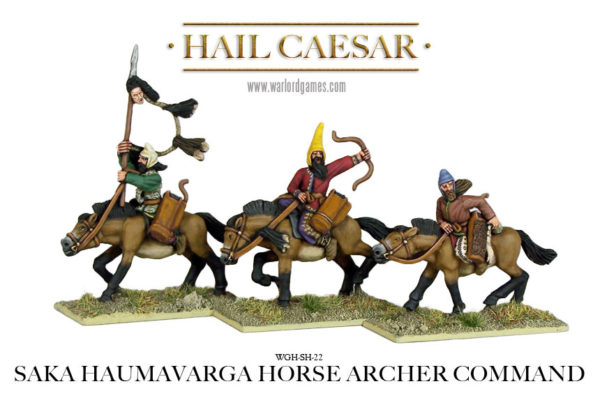 Saka was the name the Persians gave to all Skythian tribes. The Saka Haumavarga lived in the modern day region of Uzbekistan, Tajikistan and Kazakhstan. These are a people on the central Asian fringe of the Persian empire. They do not seem to be a subject nation, but may have been a willing member of the empire.

These figures represent lower status warriors. They wear simple trousers and tunics and carry the akniakes dagger. Despite their status, they are formidable archers on foot or horseback. They ride the truly ancient Przewalski’s horse, it is depicted on the walls of caves inhabited by our ancestors. Despite its small stature it is very strong and is easily capable of carrying an adult human into battle. 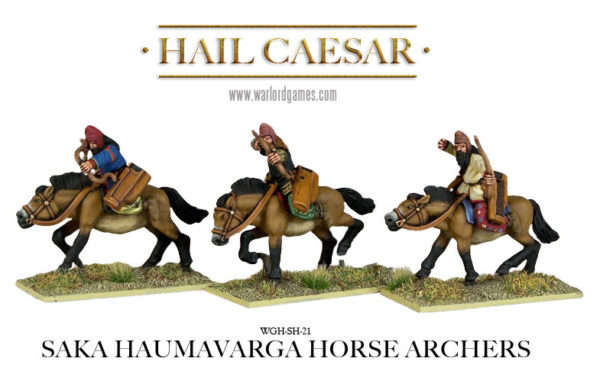 The Skythians were known to take heads and scalps as trophies, this has been confirmed by archaeological finds. Herodotus says these were hung from poles and from the bridles of their horses. The musicians bow case is also made from the skin of a human arm, with the hand still attached. The commander wears an unusual high pointed felt cap. These are depicted in Persian and Greek art and have been found preserved in Skythian graves.