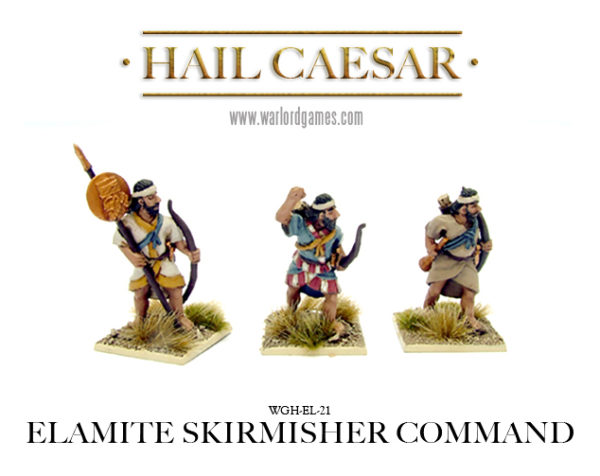 Elam was situated in modern day western Iran, its capital was Susa. During the reign of Ashurbanipal Elam was the stage of many bloody battles waged by the Assyrians from the west and the Persians from the east (who later adopted many Elamite customs). After supporting Babylon in a rebellion and later civil war Ashurbanipal silenced Elam in true Assyrian style, razing cities and slaughtering livestock.

The Elamites depicted on the Ulai river relief seem to be wearing a robe split for riding with decorated edging. Their quiver is tied round the body, held by a knot at the front. They each carry a Elamite style akinakes tucked into their belt (this is shown as being worn by the Later Persians in ‘palace dress’). 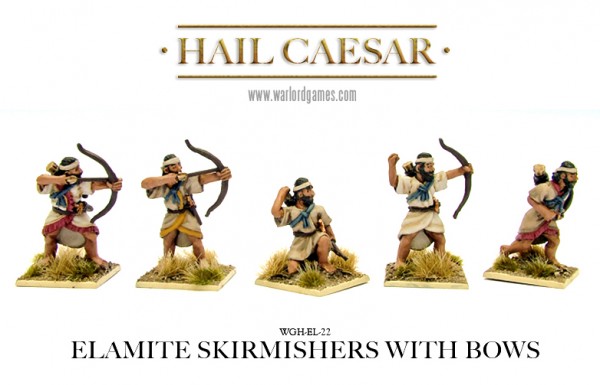 The unit leader wears a highly decorated robe but is otherwise equipped in the same manner as his companions. The standard carries a depiction of a god or a king on a bronze disc and the musician carries a simple bronze horn for signalling commands to the unit. All are still equipped as archers.