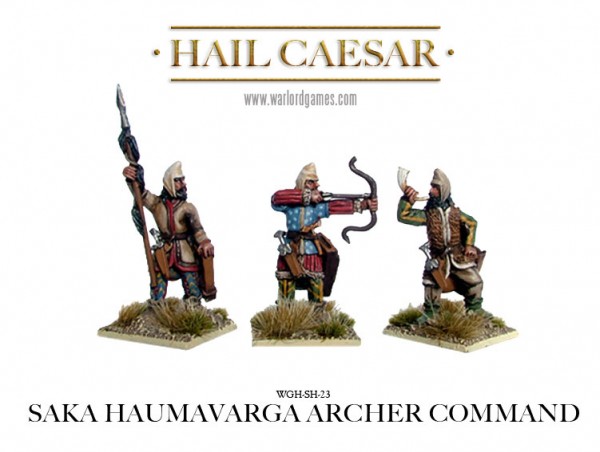 Saka was the name the Persians gave to all Scythian tribes. The Saka Haumavarga lived north west of Bactria, in modern day Uzbekistan. Although the Saka, and all of the steppe peoples usually fought on horseback Herodotus describes them as fighting on foot in Xerxes army. Some were also stationed as marines in his fleet. 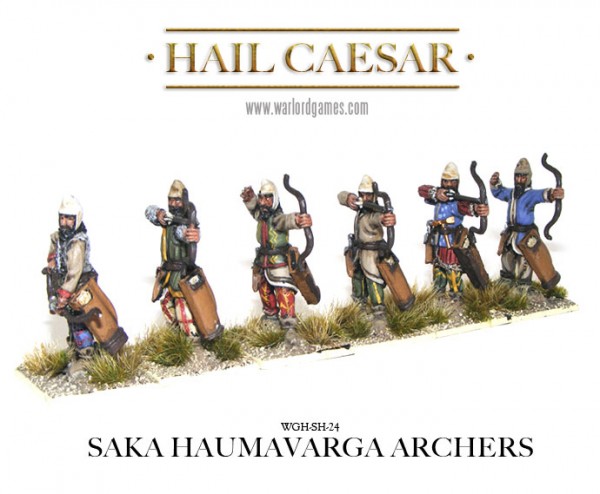 Saka on foot would probably not be so well equipped as their mounted companions. Clothes made from leather, felt and animal skins would be worn to provide basic protection. Each man is equipped with a ‘Scythian’ style bow (shorter bows were used on horseback).

This bow was carried in a combined bow and arrow case, which could hold a very high volume of arrows. The ‘Scythian’ arrow with the barb was adopted throughout the near east. Each man also carries the akinakes dagger suspended from his belt. The Saka are recorded as fighting at Marathon and Plataea and had a reputation as very capable soldiers. 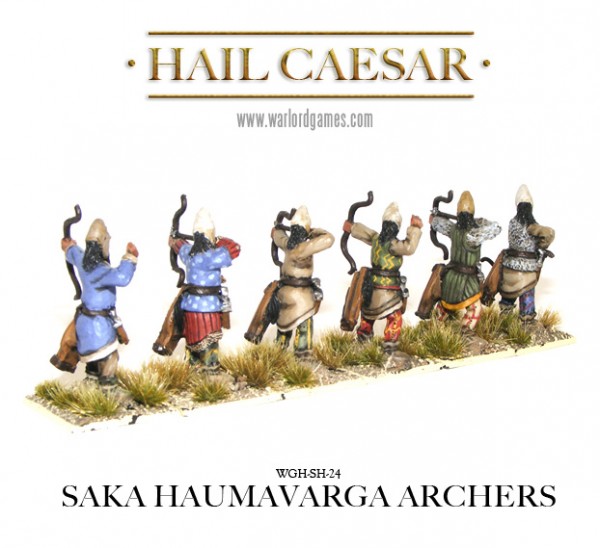 Herodotus describes a tradition of the Saka (or Scythians as they are known to the Greeks) as taking the scalps and heads of their enemies in battle and hanging them from a pole. This pole was then displayed above their tents and taken into battle with them.

The unit leader has a sagris, but is otherwise equipped in the same manner as his unit. The musician has a simple trumpet made from an animal horn and carries his bow in its case. Although not of the same standing as their mounted companions, these men would be clothed and equipped with slightly more expensive items than the infantry, befitting their status as unit leaders.