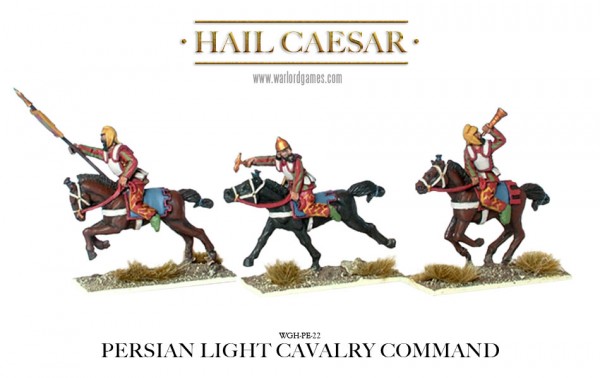 Early Achaemenid armies would have employed cavalry in large numbers, its was said to have been its defining feature. Light cavalry would ride swift light horses found in abundance in the near east. The horses would have been un-armoured so its speed and movement was not hindered.

The horses mane has been tied in a topknot between the ears in the typical Iranian style shown in Persian art. Some early Achaemenid cylinder seals show riders wearing linen cuirass, probably in the Skythian style with the lower reaching rounded shoulder guards. Enemy flanks would be harassed with javelins at a distance. It is unlikely that they would have engaged the enemy in direct combat as they were ill-equipped for such encounters. 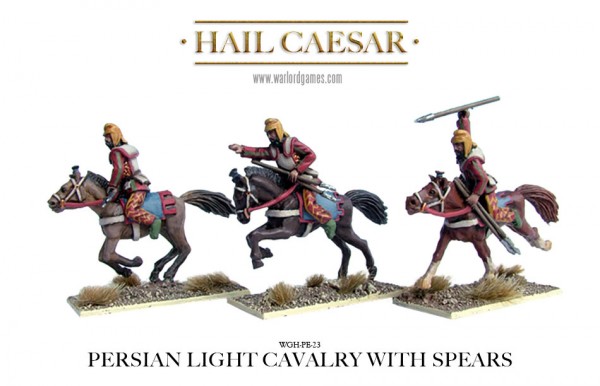 The command is equipped in the same manner as the Sparabari command, except that the leader wears a bronze ‘Mesopotamian’ style helmet as described by Herodotus. The horses tails are also tied at the ends is shown on some Achaemenid art. It is thought this may be a sign of rank.