Artillery in the 17th century were not like the powerful and devastating equipment of the modern era. While clumsy, difficult to move, and often more frightening than actually dangerous to the enemy, the artillery train was considered a vital part of the army. This week we are very proud to offer not one but two new artillery pieces for your forces, the Pike & Shotte Saker Cannon and Scots Frame Gun: 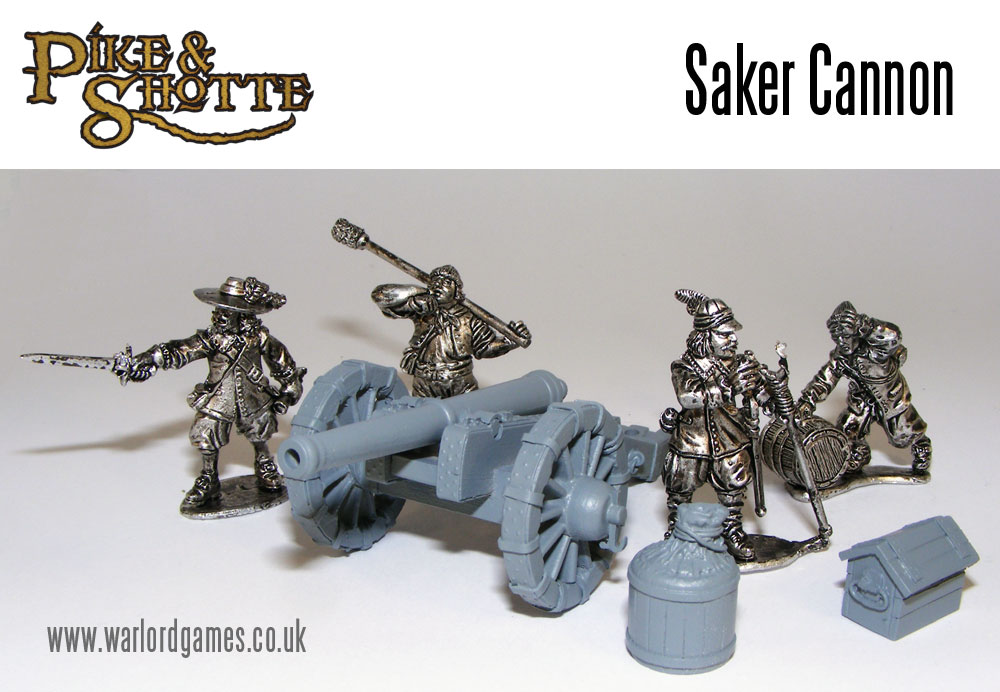 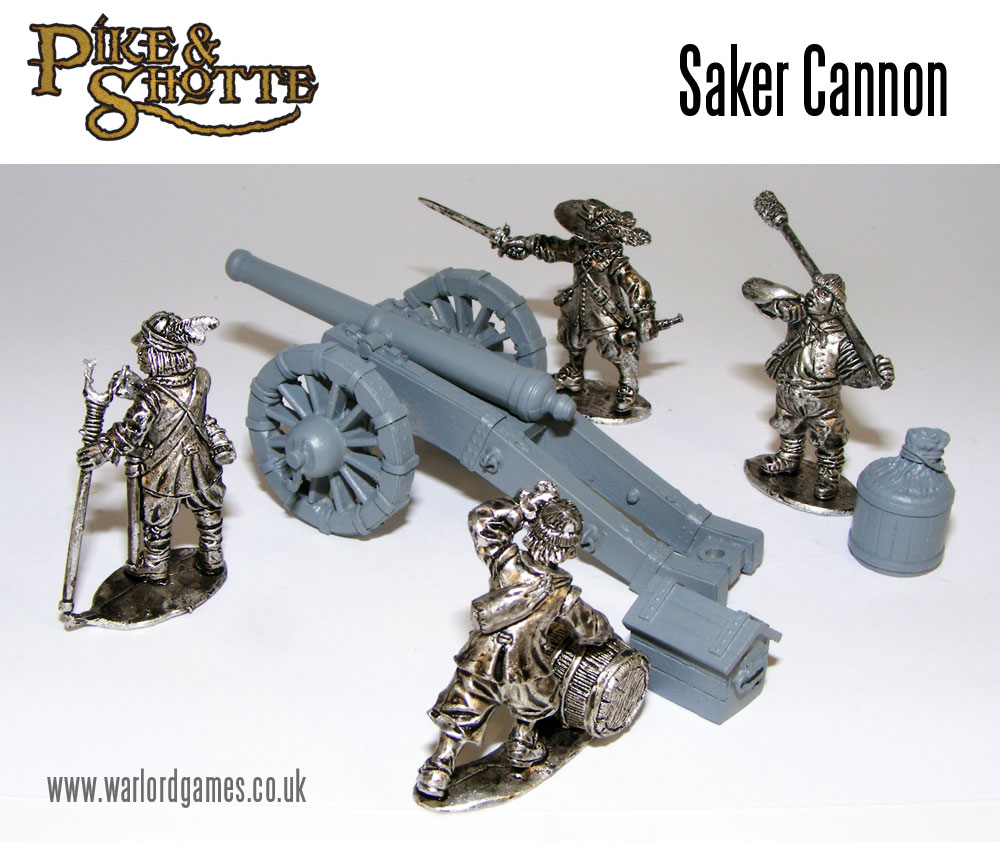 The Saker Cannon was a 6-pound gun which was commonly found on both the Royalist and Parlimentarian side of the Civil War so any general will find good use in it. As you may have noticed, the cannon itself is made of resin. We had to do this because the model was so finely detailed that we couldn’t cast it in metal and retain the quality of the sculpting. Next up we have the Scots Frame Gun: 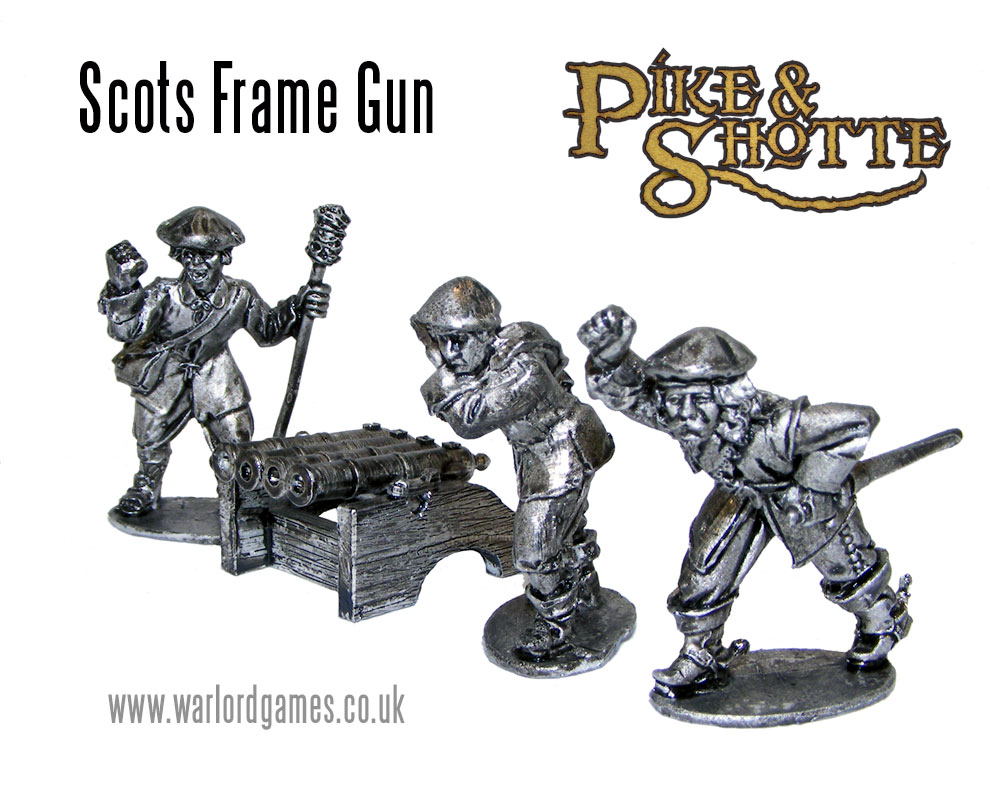 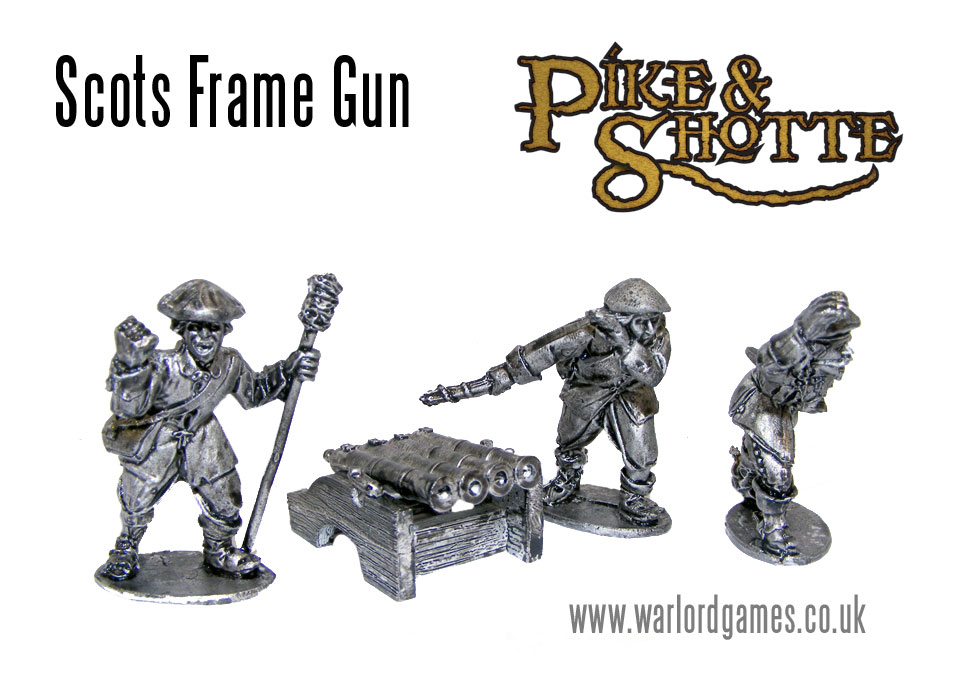 Basically a large, mobile, 4-shot gun, the frame gun was excellent for taking down both infantry and cavalry when it didn’t detonate on the spot. As you can see, our Scots crew is prepared for just such an eventuality. Both of these excellent new missile weapons are available now in the Warlord web store.