Most famous as the first British tank to be airlanded in support of airborne troops, the Tetrarch came with a variety of armament – 2 pounder, 3″ howitzer and a small number even had the 2 pounder upgraded by the use of the Littlejohn adaptor. Of course, this new Bolt Action model is a resin and metal beauty that comes with all three barrel types: 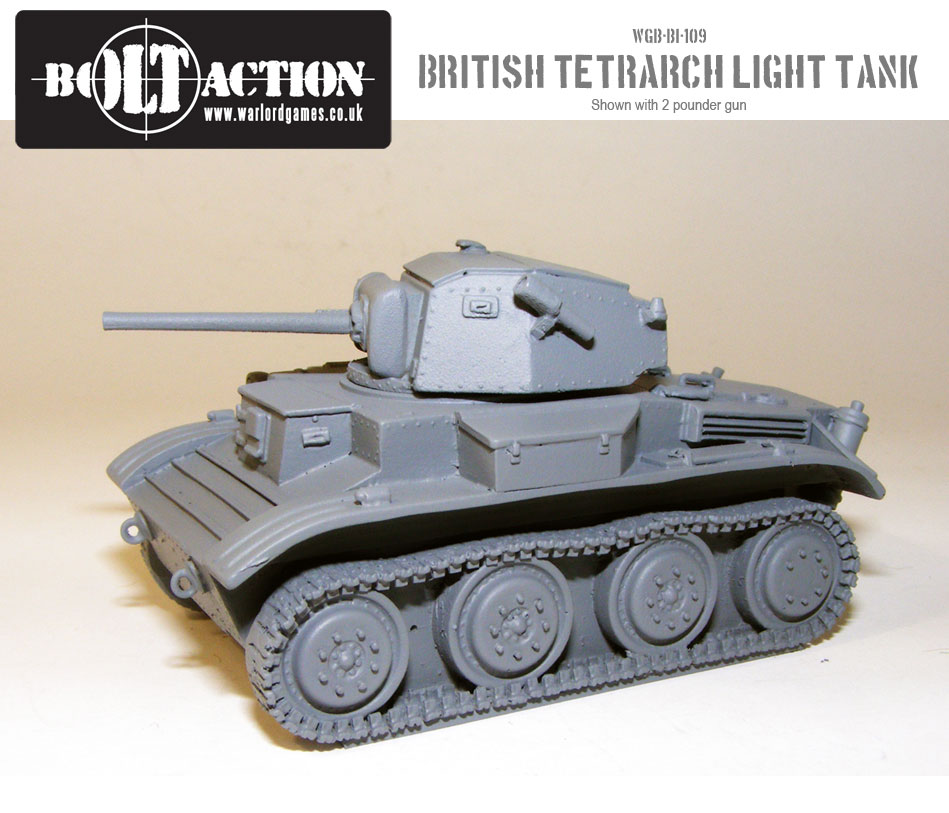 Officially designated as the Light Tank Mark VII, the Tetrarch was developed to be carried by the famous Hamilcar gliders. Fritz was sure to be surprised when one of these little beauties came plummeting down on his head! 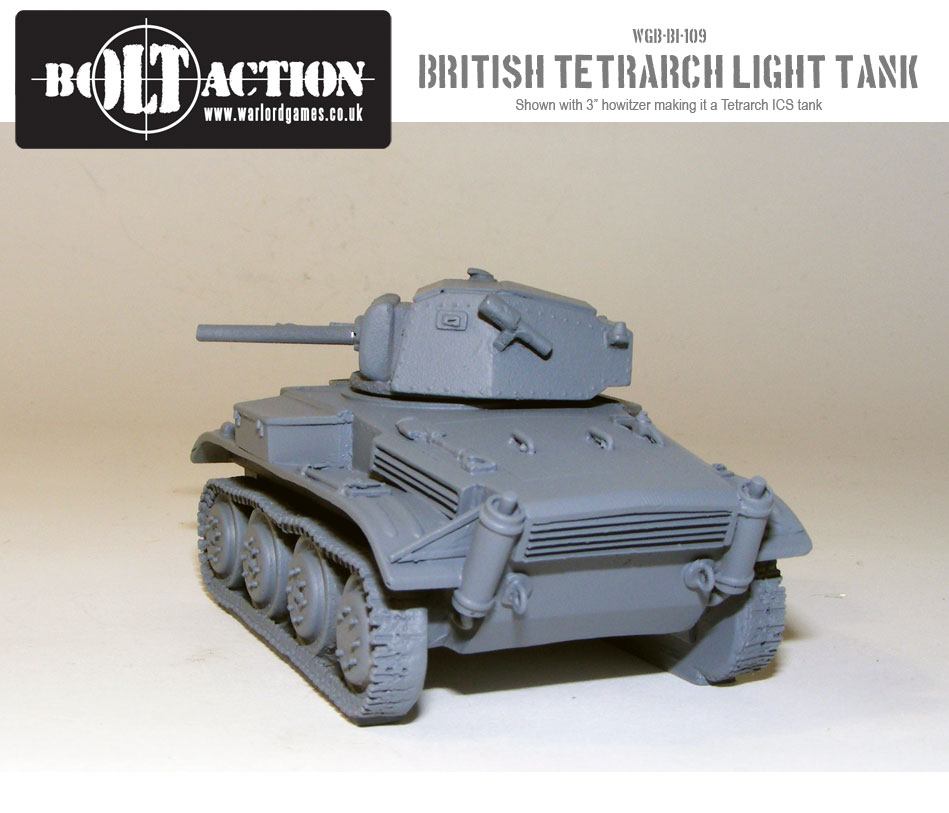 The 3″ Howitzer was kitted onto the Tetrarch MKI CS. This model is perfect for making ol’ Jerry dig his face into the dirt while your infantry crosses any open spaces. 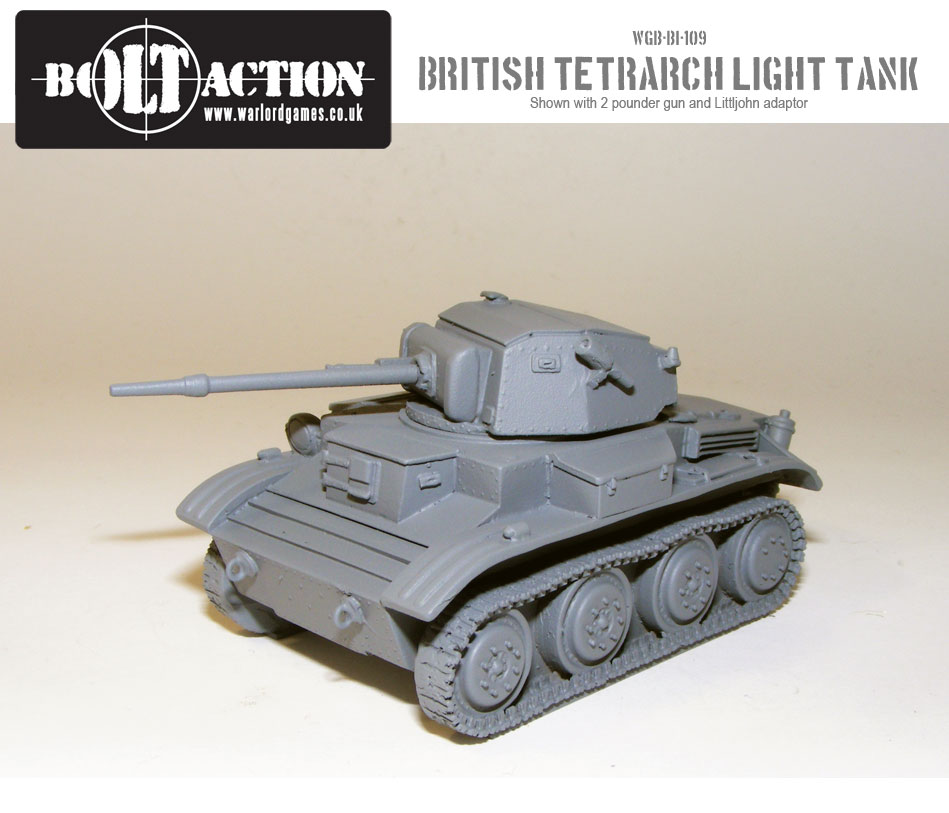 The final variant that you can make from this set is the Tetrarch with Littlejohn Adaptor. This ingenious device was created by Mr. Janeček, the Czech designer who developed the squeeze-bore principle. The adaptor literally used the force of the explosion behind the shell to squeeze it to a smaller size and thus turn a normal round into an APSV (armour-piercing super velocity) round.

Don’t think that this fine little tank was only used by British forces either. Our Russian allies took plenty of Tetrarchs under the Lend-Lease program, so they can find a suitable home in Soviet armies as well. As usual, you can find the Bolt Action Tetrarch Light Tank waiting for you in the Warlord webstore.