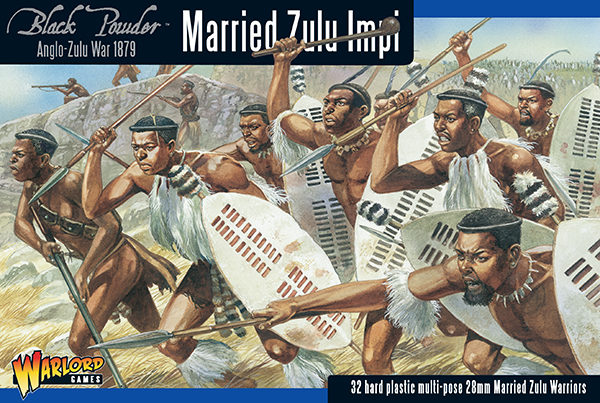 The Zulu army was a formidable foe. Well-trained, well-led, and well-equipped for campaigns, the Zulu regiments were the terror of Africa. Created by the great Shaka, founder of the nation, each regiment was composed of small companies who trained together, and a regiment could be 1,000 men strong.They were then brigaded together to form divisions that could move at great speed and with drilled precision, forming the classic Zulu attack formation of the Horns of the Buffalo. 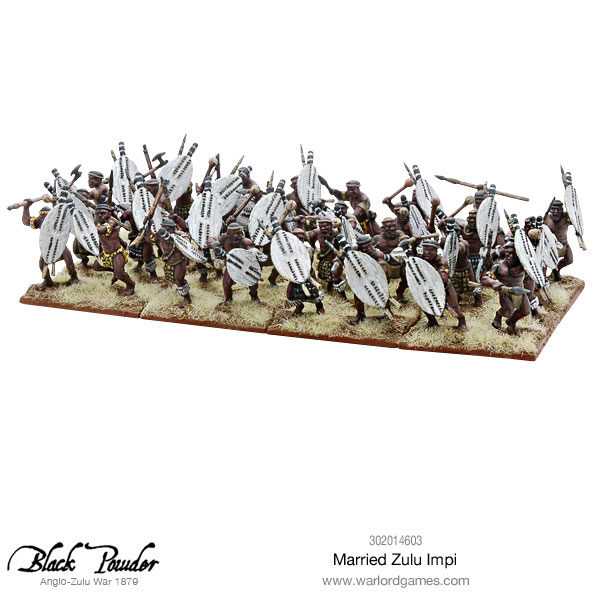 The military system formed units into married and unmarried units, so a cadre of young men would be forced to remain unmarried on the King’s orders until they had ‘washed their spears’ in the blood of their enemies. They are armed with throwing spears, smoothbore muskets and the deadly stabbing short spear whilst their patterned ox-hide shields help identify their parent regiment.

Once they were blooded, and only then, would they sew in the characteristic head ring which is the symbol of a mature and married warrior, showing his much enhanced status in society. 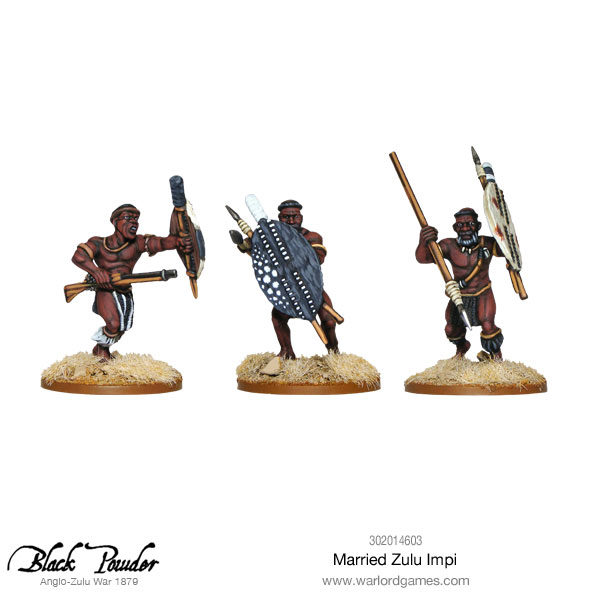 These then are the finest warriors of a fierce and proud army of 40,000 men, eager to preserve Zululand from all invaders, Swazi, Boer or British! 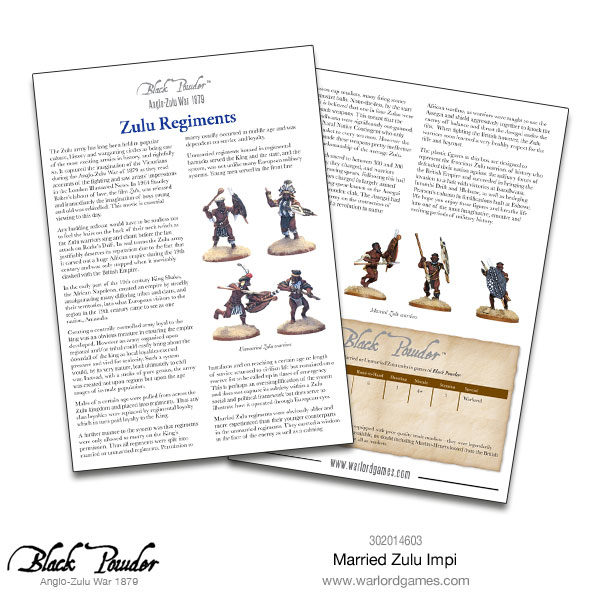 The Zulu’s must stop the British from interfering with their own affairs and must be put into their place. Cetshwayo has asked for more of his people to fight against the British and thus, this bundle has answered his prayers. 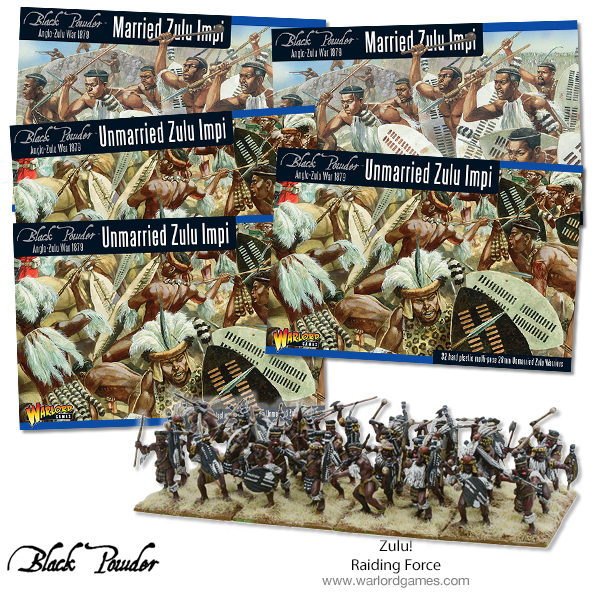 The sentries report Zulus to the south-west. Thousands of ’em. 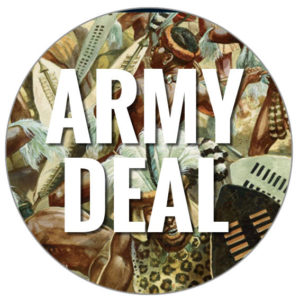 Look no further if you want the Kingdom of the Zulu’s to rise up then here’s the bundle for you!

Warlord Games have taken the opportunity, with our Anglo-Zulu War range, to give something back to the people of KwaZulu Natal in South Africa. We are very proud to support the David Rattray Memorial Trust, and organisation that does outstanding educational and development work in KwaZulu Natal.