Perry Miniatures have now released their splendid new plastic British Infantry for the American War of Independence (or traitorous rebellion, depending where you stand!). You can get your hands on these from us too! 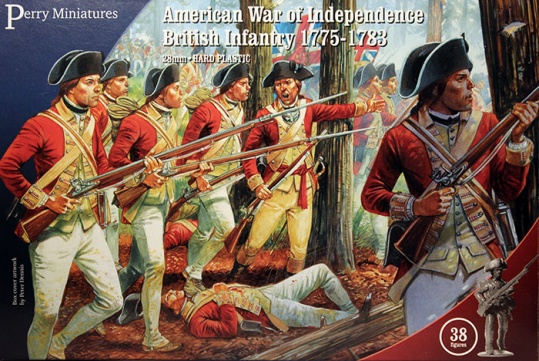 This plastic box set contains centre company men (or hat men) of a  typical British regiment for the war. The regiments flank companies were normally detached to for combined light and grenadier battalions.

They are represented in cut-down coats for campaign and come with three hat variants; the typical cocked hat, the un-cocked hat or board brimmed hat and the ‘Saratoga cap’, cut down from the cocked hat. 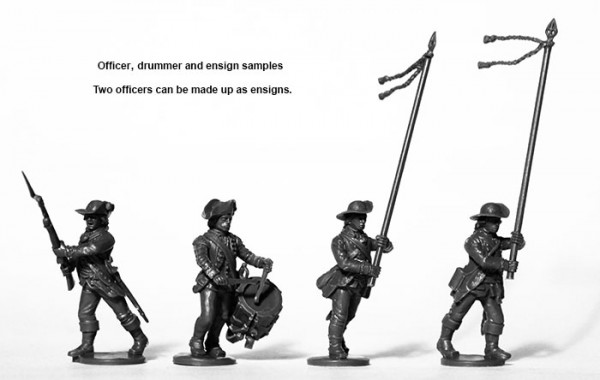 They can be assembled either at the charge or at the trail ( probably the most common drill position when operating in wooded countryside). They also wear the typical gaiter-trousers or American trousers which became very popular in the war. The officers are in simple undress coats favoured on campaign.

We have a 3 box deal on our website which means 108 figures plus 6 casualties, units bases, full painting guide and flags with a 10% saving on the full price!!