Both the Pz 35t and Pz 38t were seized by the German armed forces when Germany occupied Bohemia-Moravia in 1939 and took over the Czech arms manufactories. The ‘t’ after the panzer name stands for tschechisch – German for Czech. Both tanks saw service in the invasions of Poland, France and the Soviet Union.  The 38t would provide the chassis for several variants including the Hetzer tank hunter. 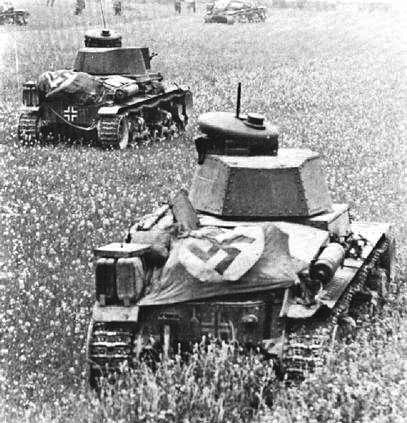 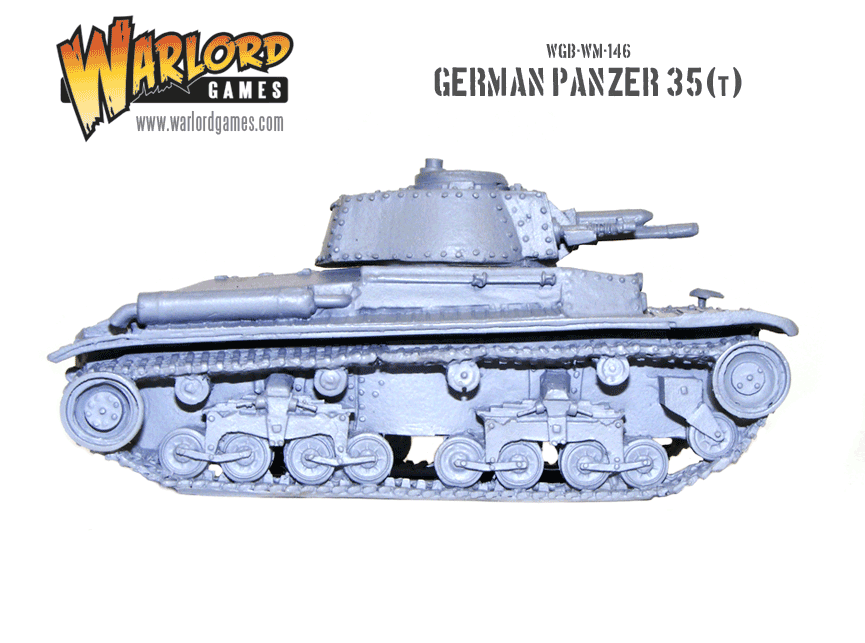 Originally produced as a light cavalry tank for the Czech Army and also supplied to Afghanistan, Romania and Bulgaria the Wehrmacht used 218 captured Czechoslovakian from March 1939 onwards. It saw plenty of use in the German Army being used in the Invasion of Poland, the Battle of France and the Invasion of the Soviet Union. 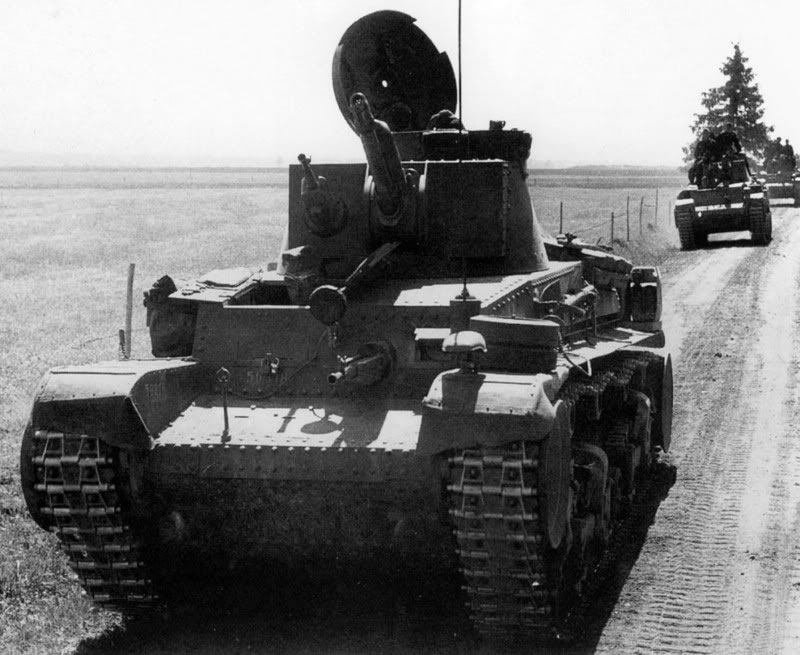 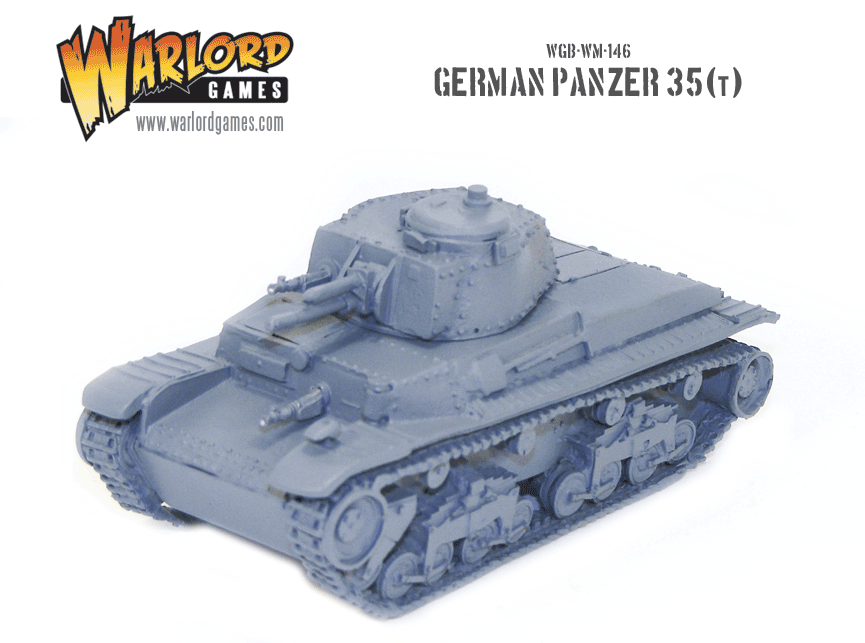 Armed with a 3.7cm KwK 34(t) gun, it is capable of dealing with most armoured vehicles of this time, with hull-mounted and co-axial 7.92mm machine guns to deal with enemy infantry. 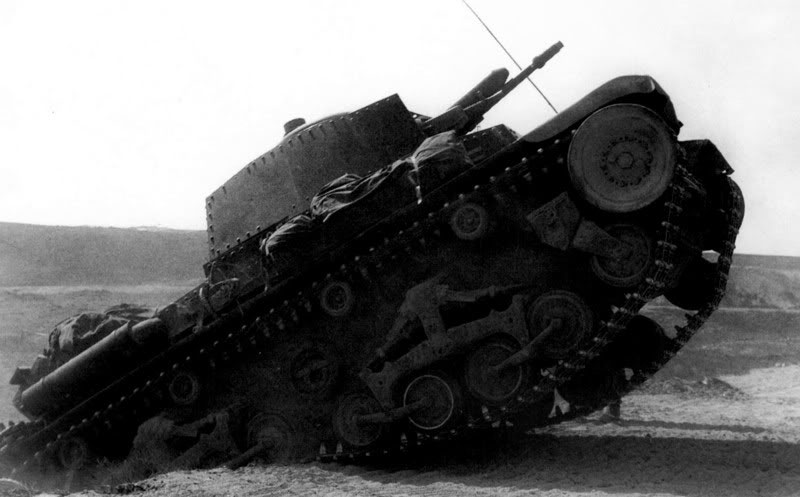 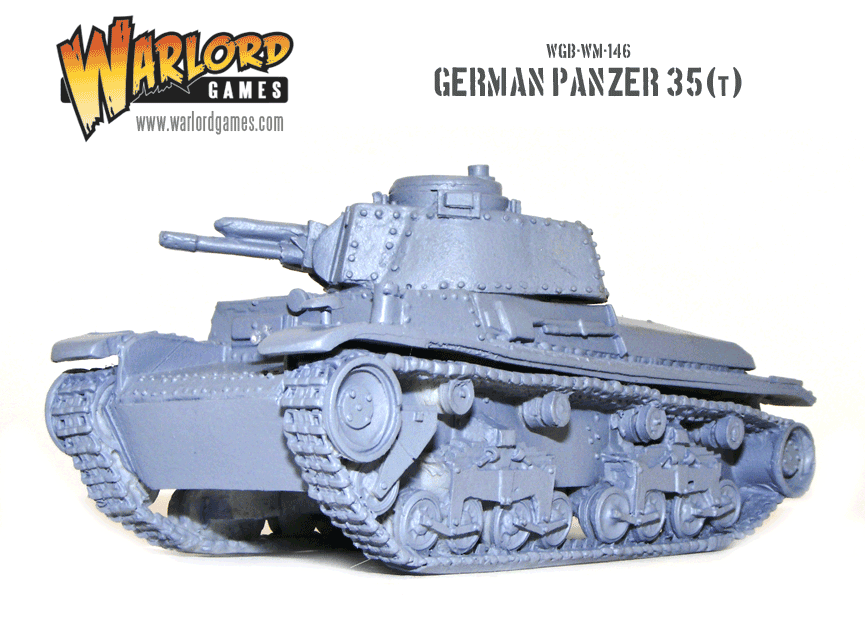 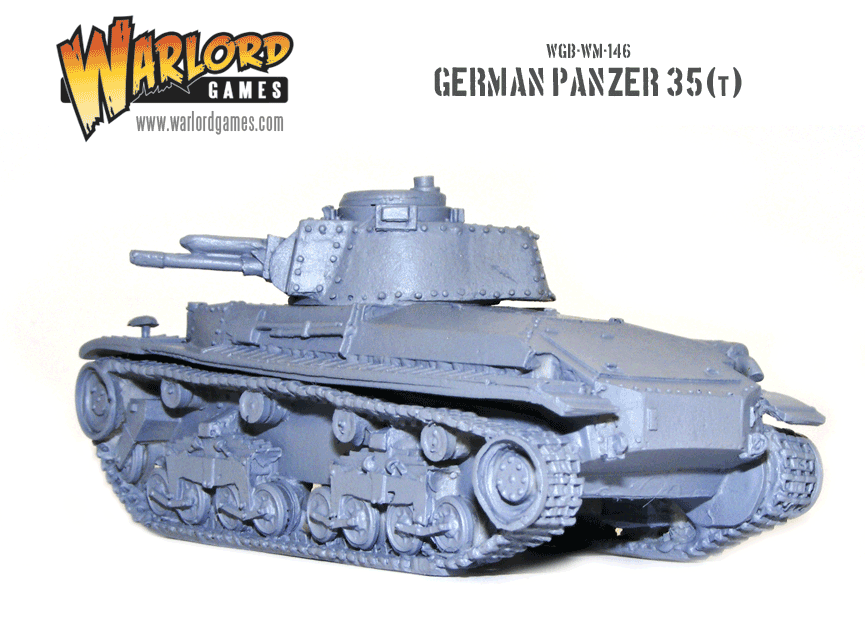 You can purchase a Pz 35t here in the webstore.

Or even better pick up a platoon of three, saving you £6, by clicking here. 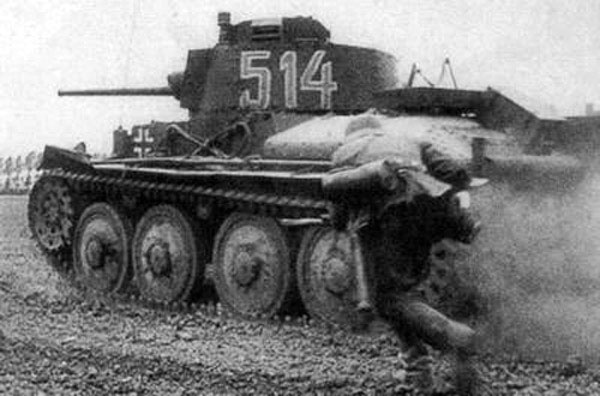 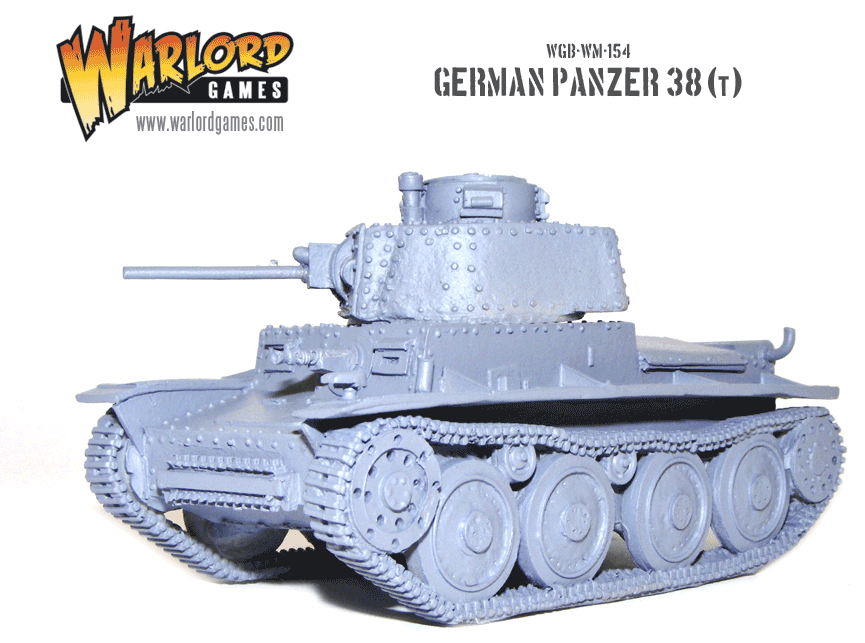 The sister tank to the 35(t), the 38(t) was also adopted by the German Army after the occupation of Czechoslovakia. Its crew praised it for its dependability and also ease of repair. Its light weight meant that it saw use as a fast attack and reconnaissance role. Sadly this lightweight also meant that it wasn’t able to take heavier guns suitable for destroying the heavier late-war tanks and so the 38(t) ceased production although the chassis was still used in other variants. 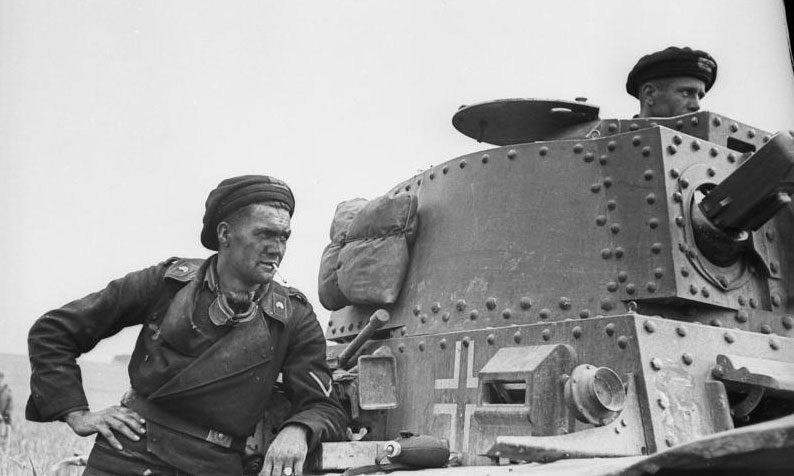 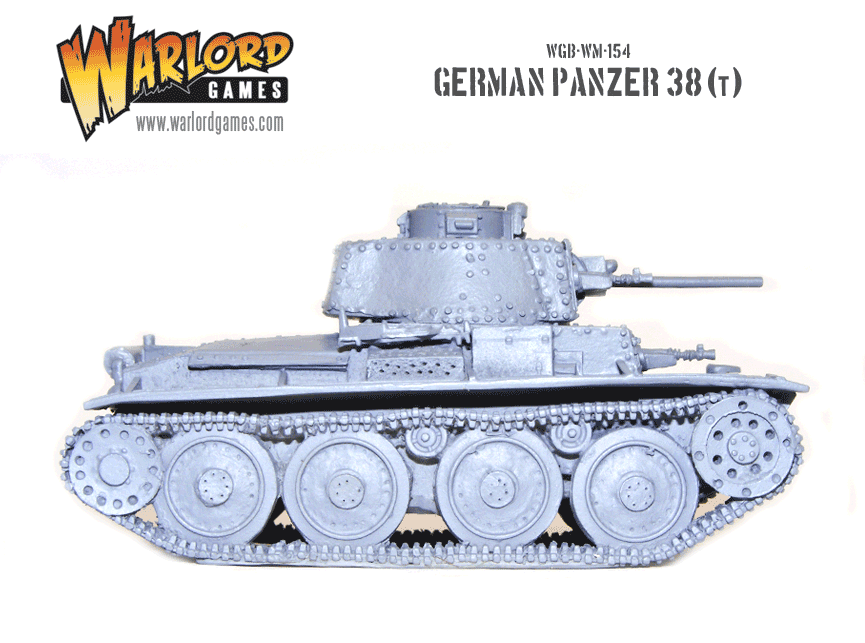 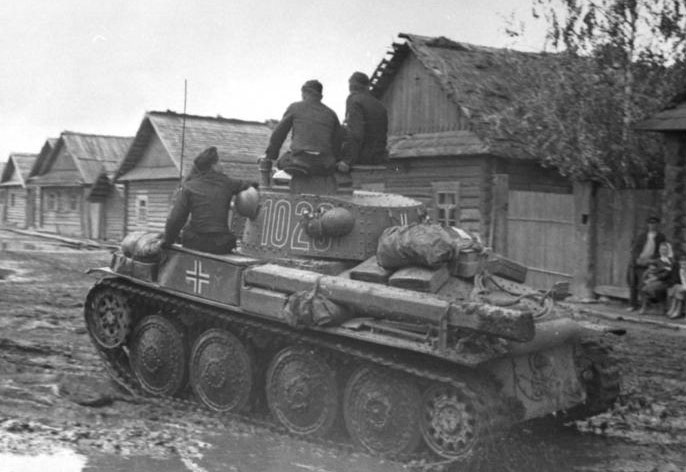 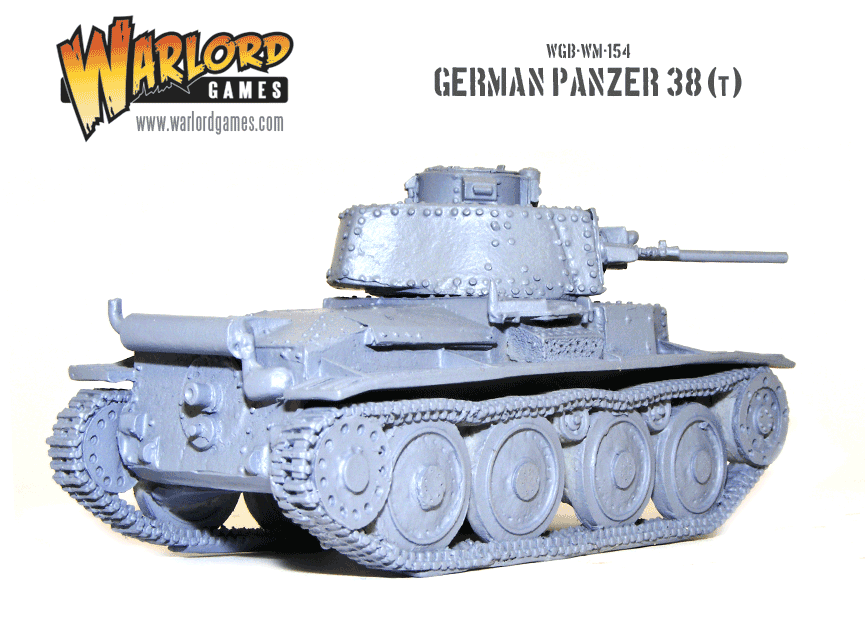 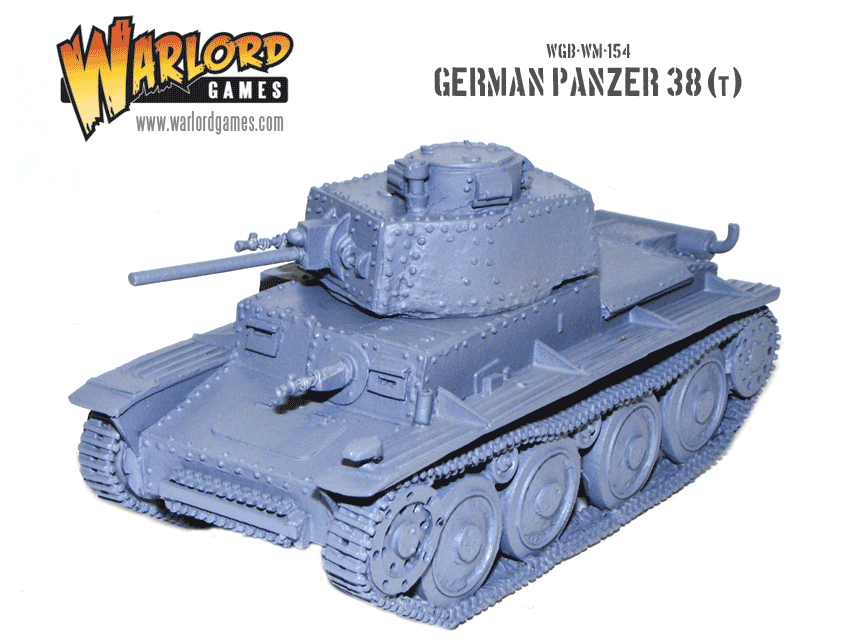 You can purchase a Pz 38t here in the webstore.

Or even better pick up a platoon of three, saving you £6, by clicking here.

The Hetzer tank destroyer used the Pz 38(t) chassis – you can add these to your army here.

To support the two new Czech-built tanks you’ll be needing infantry. Happily our new early war Waffen-SS squad is released! The squad includes the riflemen shown above as well as an LMG team and NCOs.