The hard-hitting 76mm ‘Easy 8’ Sherman heads up to the front lines today! 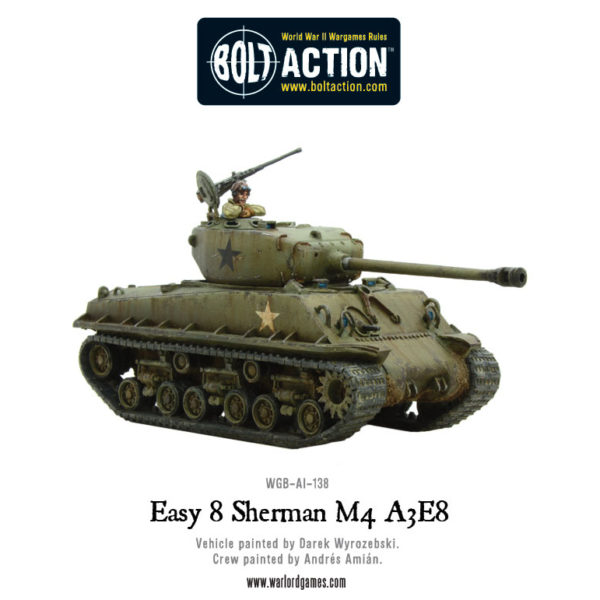 Or to give its full title: M4A3E8/M4A3(76)W HVSS (Easy Eight) – An upgraded M4A3 Sherman with widetrack Horizontal Volute Spring Suspension (HVSS), fitted with the larger T23 turret and armed with the M4A1C (or M4A2) 76mm High Velocity cannon. 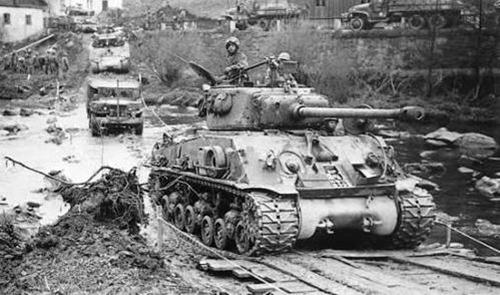 The M4A3 was the first to be factory-produced with the HVSS system. Provided with wider tracks to distribute weight, no other tank could match the smooth ride of the HVSS. Its experimental E8 designation led to the nickname ‘Easy Eight’.

Initially armed with the 75mm gun many Shermans were being re-equipped late in 1944 with the new 76mm gun, the army having discovered that its losses to the superior German tanks such as the Panther were much greater than expected. 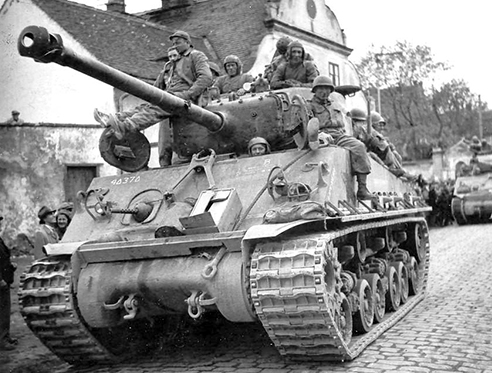 An unfortunate side effect of the 76mm was that it obscured the gunners vision with smoke & dust. One of the methods to reduce this effect was to retool later issued 76mm guns with a thread, so a muzzle brake, to redirect the blast left and right, could be added.
These started becoming available from June 1944. The threads of those without a brake were covered by a protector. 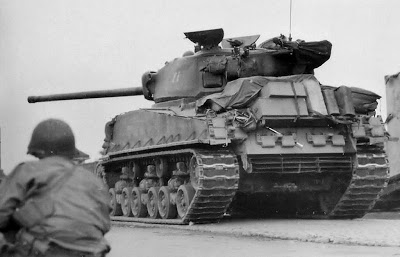 For those vehicles that didn’t have a muzzle brake it was recommended that tank commanders should stand outside the tank and “spot” the strike of rounds to guide the gunner! 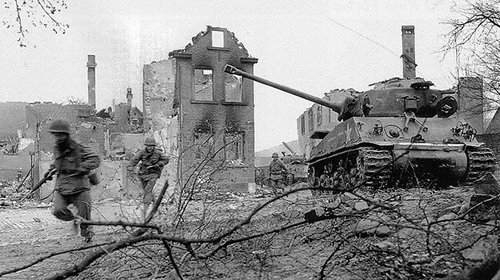 This variant of the Sherman (being the last and most advanced of the series) would go on to serve with many nations and fight in many other wars in the coming years, It served with distinction in Korea (being favoured over the latest designs as more reliable) and on into 1967 with the Israelis during the six day war. 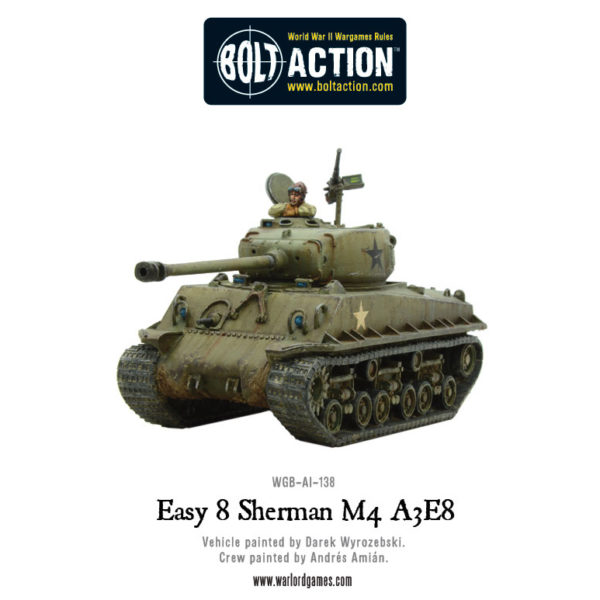 Ideal for representing battles after operation Cobra and the summer of 1944 onward this tank is suited for taking on the big German armour! 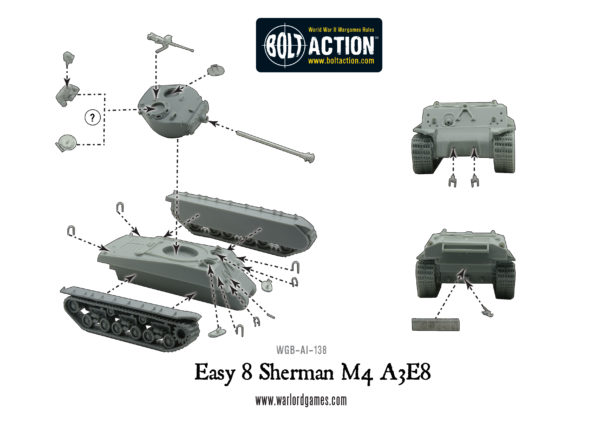 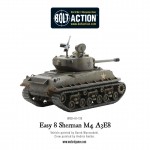 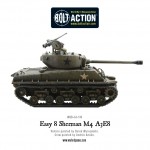 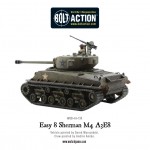 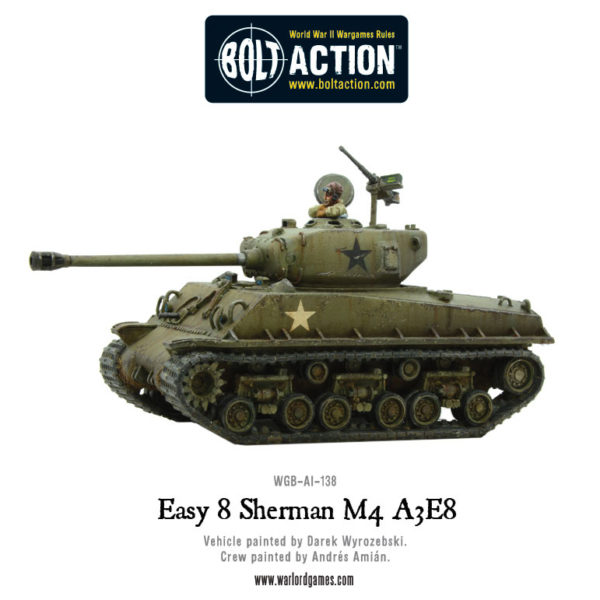