The Phanomen Granit H25 did sterling work for the forces of the Third Reich and was a durable workhorse and an ideal transport for early war Germans be they advancing into France, Poland or the Low Countries. Also to be found in North Africa and throughout the war in Russia and North West Europe this model will appeal to all German players no matter where or when they are taking to the field of battle! 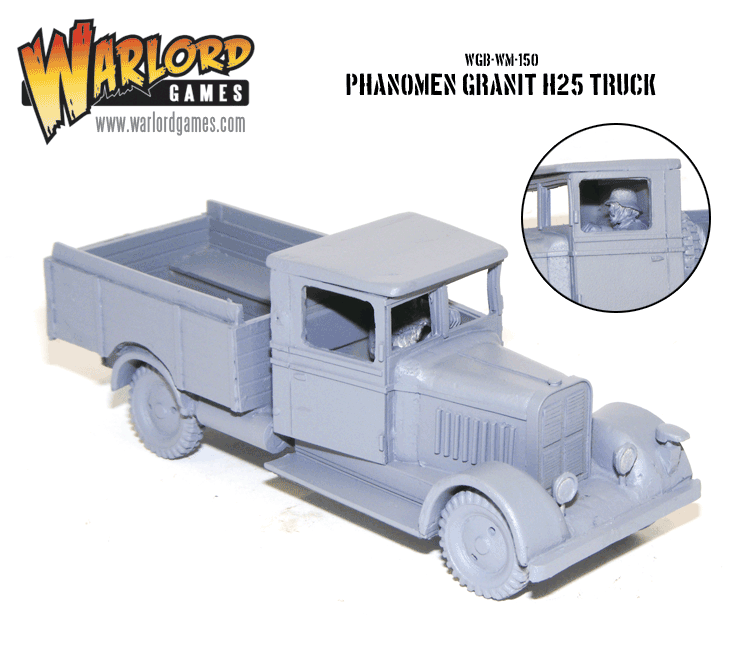 The H25 comes complete with a metal German driver figure which utilises the Warlord Figure head system – so you can swap heads as suits your army/theatre. 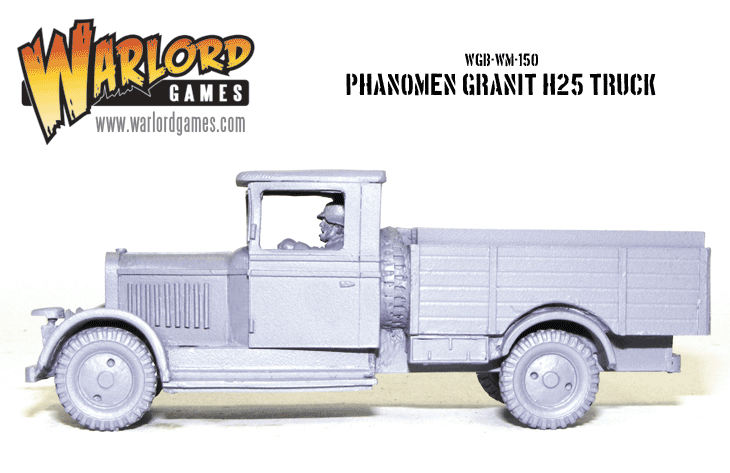 Purchase this workhorse here in the webstore.

And don’t forget the grab a squad of the Third Reich’s brave soldats to ride in the new H25 – get to the front!

We’ll have more early war German releases for you soon…