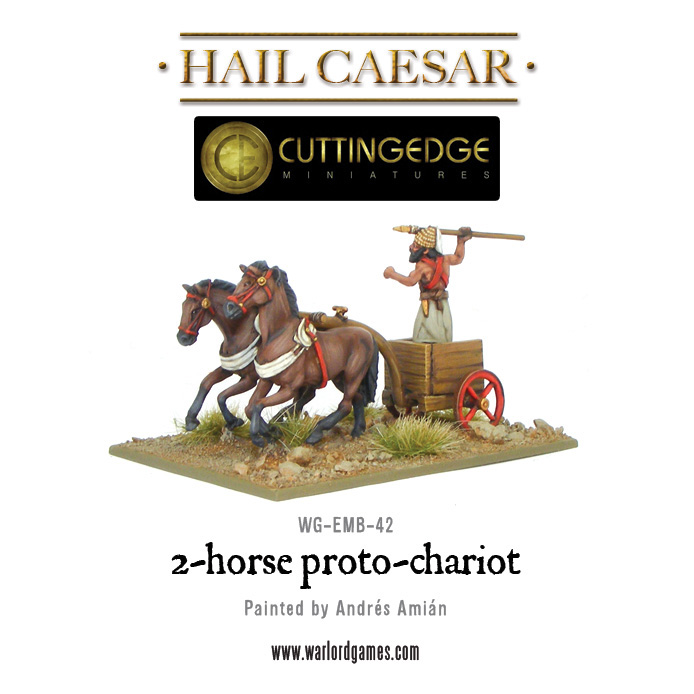 The earliest representations of chariots can be found on such archaeological finds as cylinder seals and which show a hybrid vehicle between a chariot proper and an earlier Platform Cart. 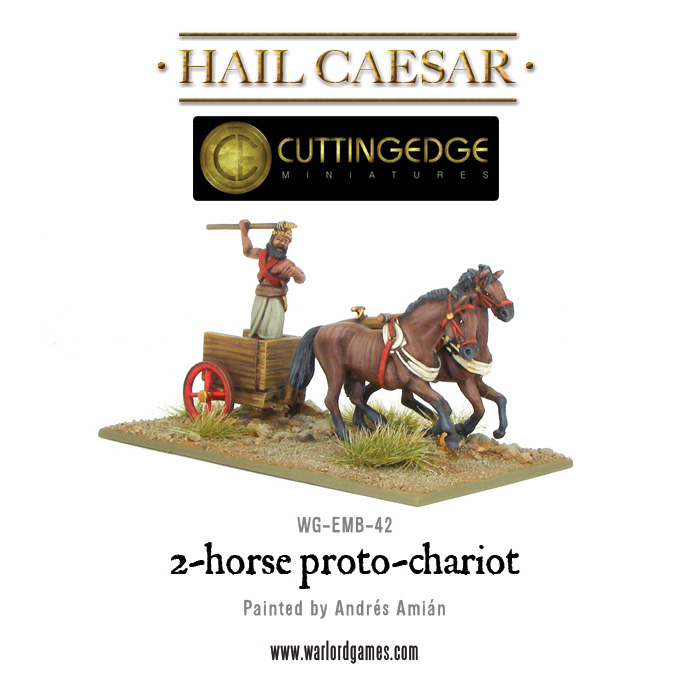 Proto-chariots date from the first half of the Middle Bronze Age and some were constructed as the older style Platform Cart in shape but were now pulled by two horses. Representations in art of this type of vehicle vary in style but all show the axle in the centre of the vehicle rather than at the rear, as did the later chariots, and so were not quite as manaeovrable as the chariots proper. This model is the same as the Later Platform Cart but is pulled by 2 horses instead of the 4 Onager-Hybrids. 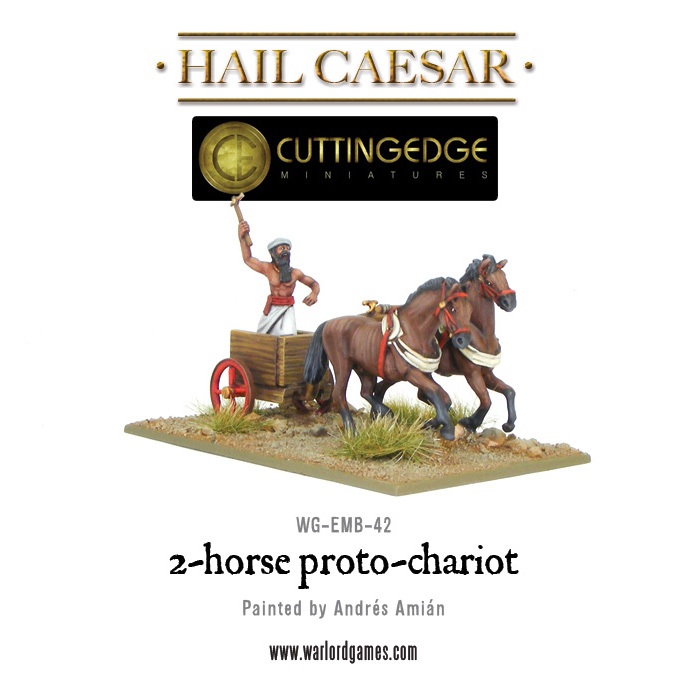 The chariot was still crewed by only one man and therefore generally used as a Commander’s or Scout’s vehicle. Alternatives are provided for a Javelinman or a Commander. 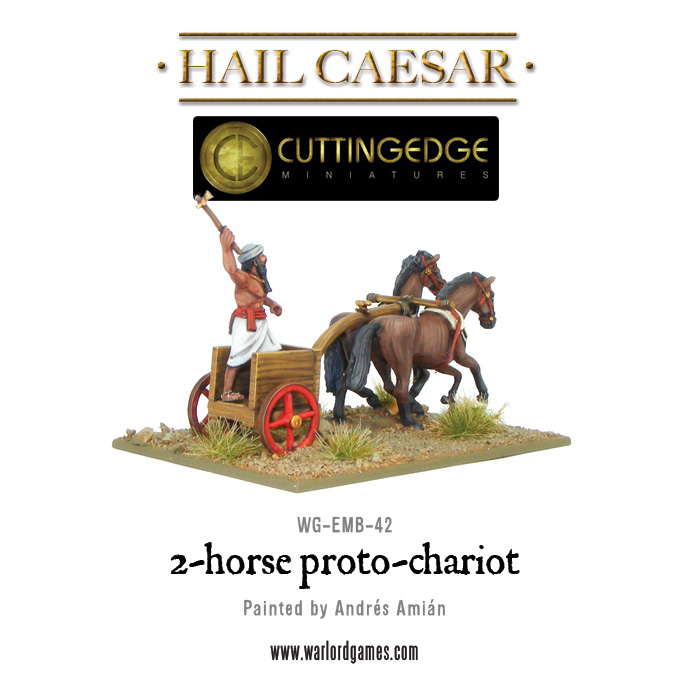 This proto-chariot can be used in Neo-Sumerian & Successor States, early Amorite Kingdoms, Zagros Highlander and early Elamite armies of the first half of the Middle Bronze Age. 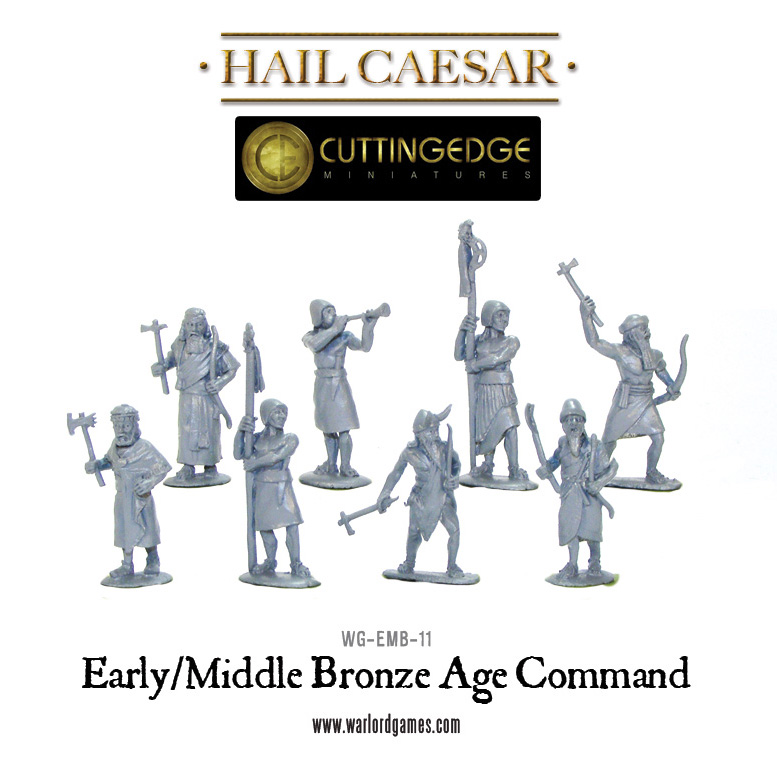 These models can be used to command armies of the Early and Middle Bronze Age, including those of the Amorite Kingdoms & Desert Nomads; Later Akkadian & Neo-Sumerian City-States; Later Highlanders and Elamites. 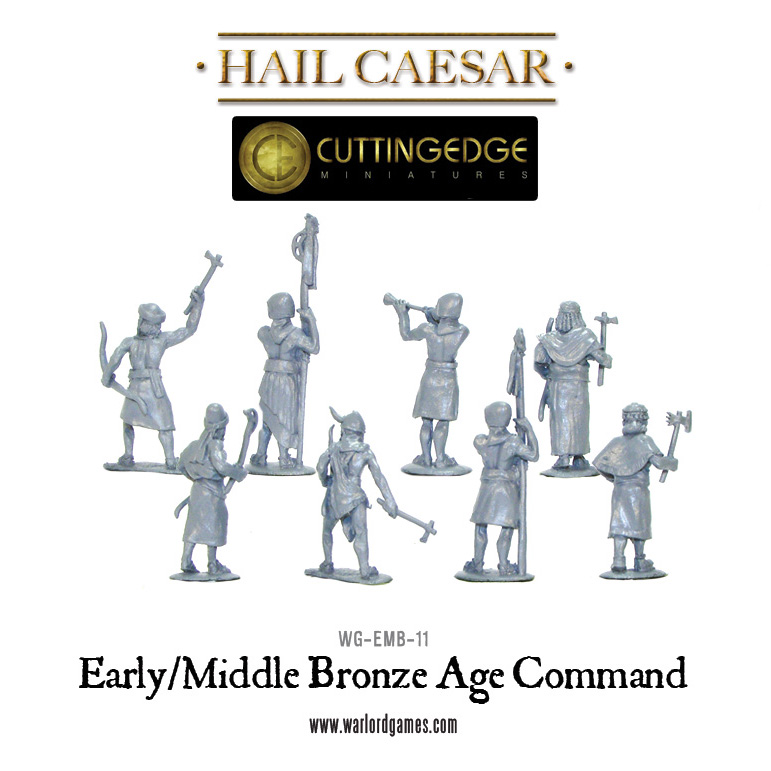 Includes figures that can be used for Naram-Sin of Akkad, Hammurabi of Babylon, Shamshi-Adad of Ashur, Rim-Sin of Larsa, Ishbi-Irva of Isin, Zimri-Lim of Mari and Ibbi-Sin or Shulgi of the 3rd Dynasty of Ur. Also Includes a figure appropriate for a Later Highlander or even early Hittite King; and a figure suitable as a Desert and Dry Steppe Nomad Chief.