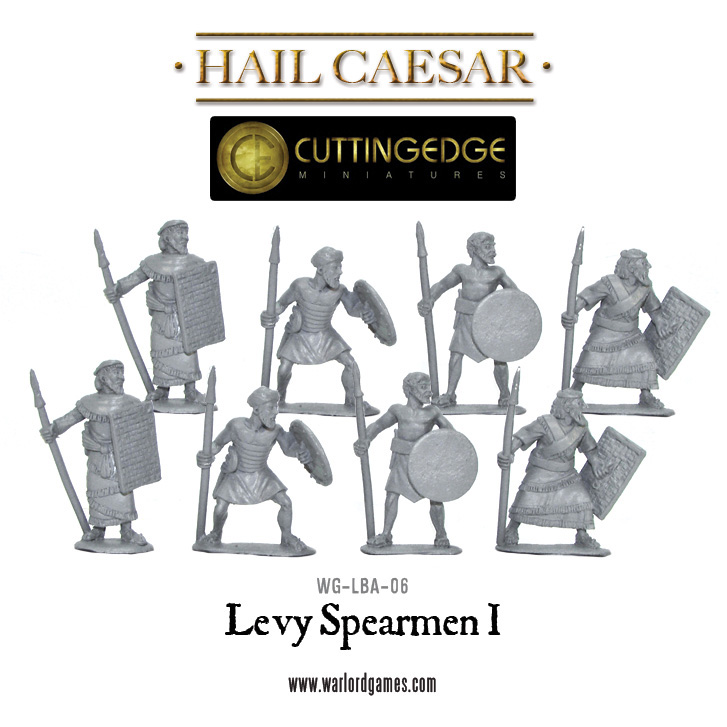 Our Levy Spearmen have a light spear and either a round or oblong wicker shield. They represent Hupshu or peasant militia as levied by the City-States of Syria & Canaan, those of Mitanni, Middle Kingdom Assyria, Kassite & Middle Babylonia and the Hittite Empire.

They can also be used in Early Hebrew (Habiru) and Nomadic Desert or Dry Steppe Bedouin armies, whose warriors would have dressed similarly. These include the early Aramaeans, (Akhalamu), Midianites and Amelekites, Edomites & Moabites.

The figures can also be used as Levy or Hupshu Spearmen in Neo-Hittite & Later Syrian or Aramaean armies of the Iron Age.. 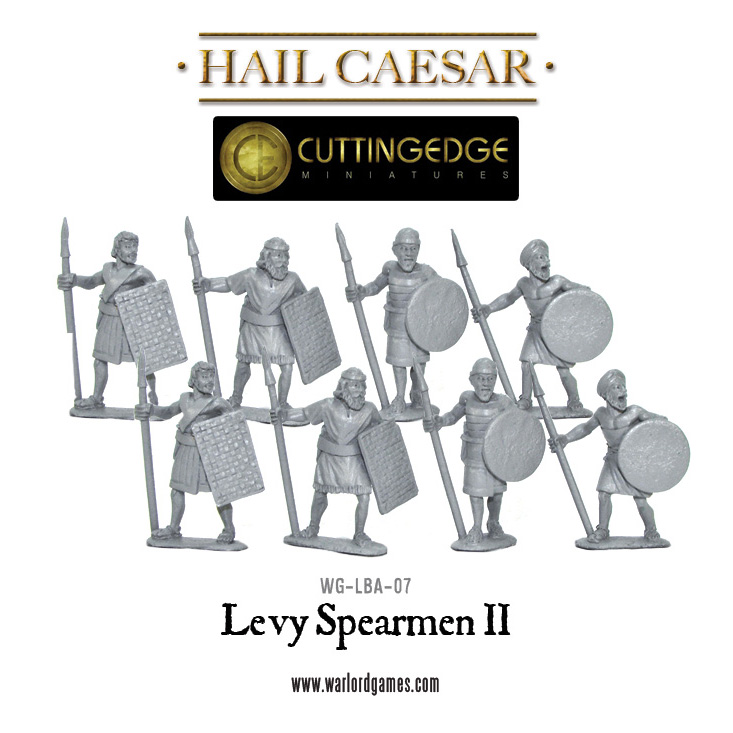 Round shields started to appear in the latter part of the Late Bronze Age and continued into the Iron Age. As such, these figures are also suitable as Levy or Militia spearmen or javelinmen in Philistine & Later Canaanite armies of the Iron Age.