Roll out the big guns with the new Black Powder Napoleonic Portuguese Foot Artillery; including the 6-pdr, 9-pdr and Howitzer! 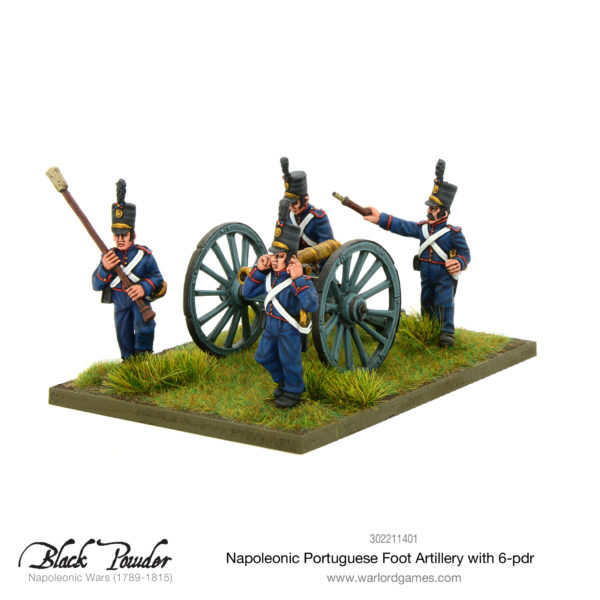 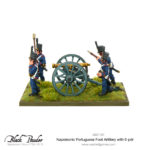 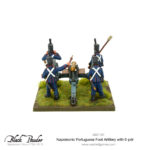 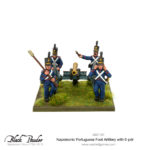 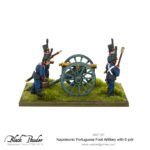 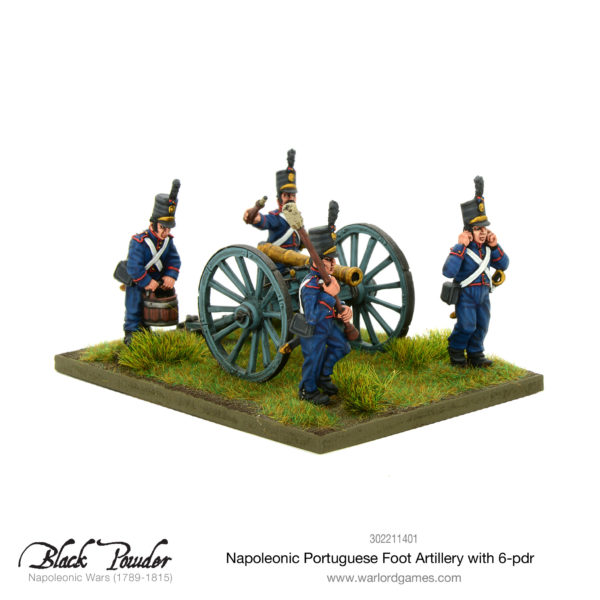 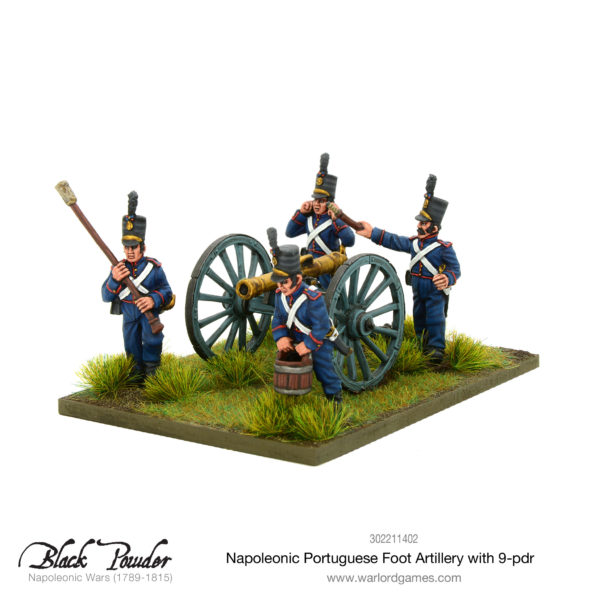 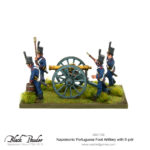 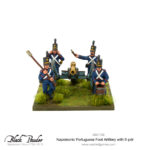 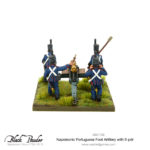 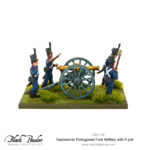 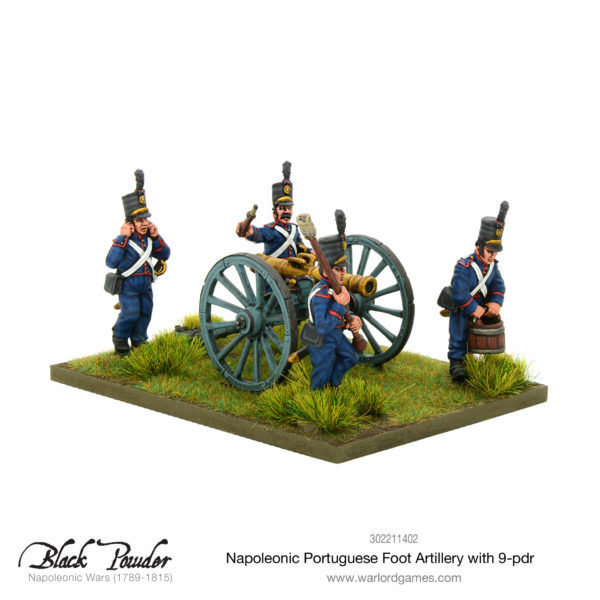 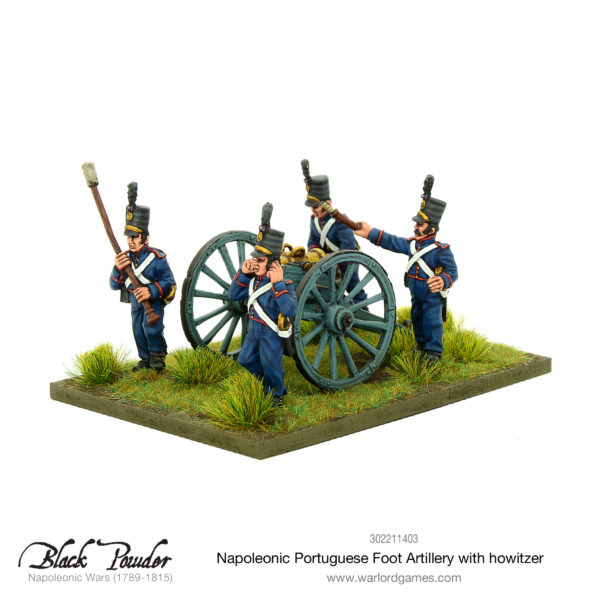 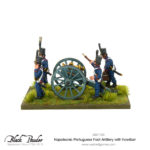 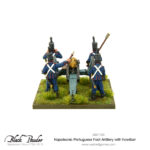 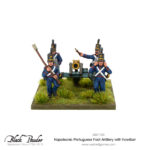 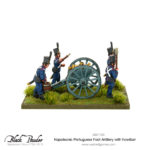 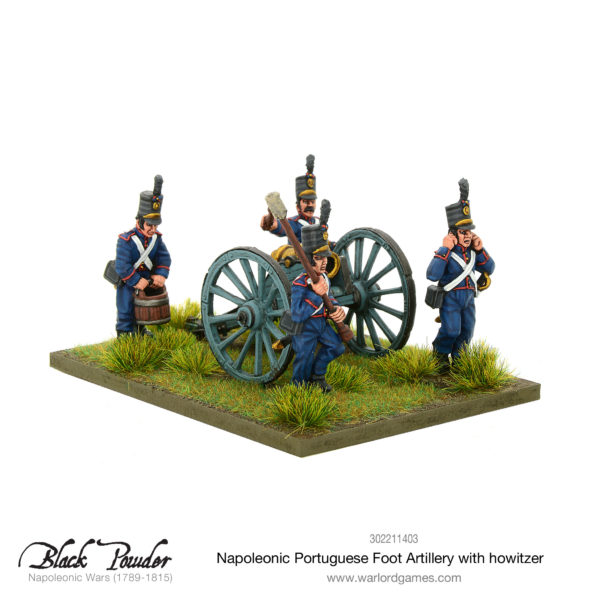 Field this battery of guns entrenched in fortifications to your enemies dismay! 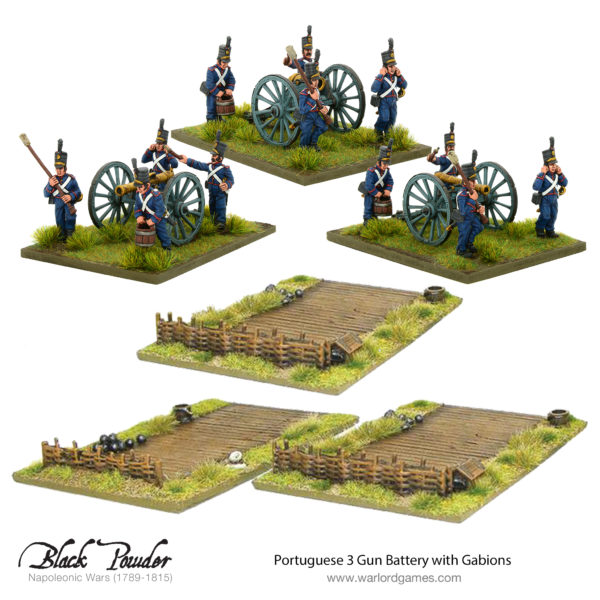 Support your regimental advance with the 6-pdr field gun! 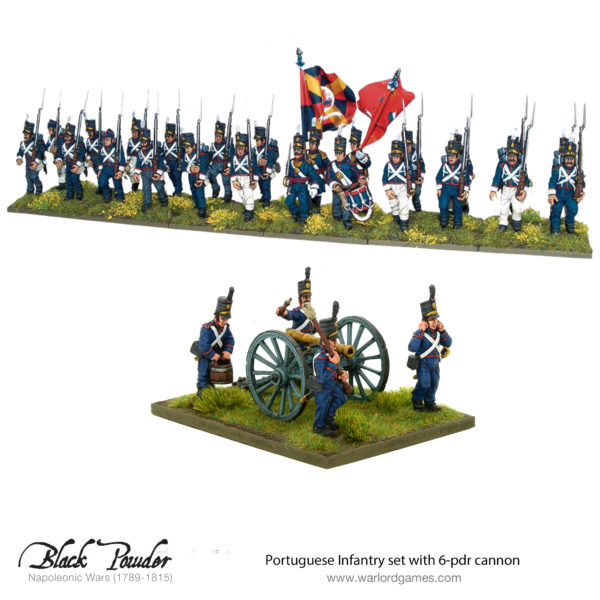 An essential part of Wellington’s forces and England’s oldest ally the Portuguese, under their Commander-in-Chief William Carr Beresford, were of a quality and same level of training as that of their fellow British soldier. In Black Powder terms, this means they can adopt the same formations and are subject to the same special rules as the British.

Portuguese infantry were brigaded in pairs and usually included an attached Caçadores battalion. 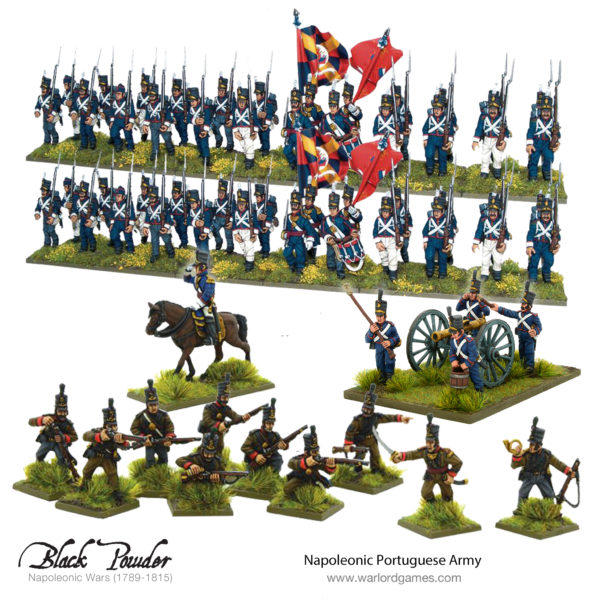 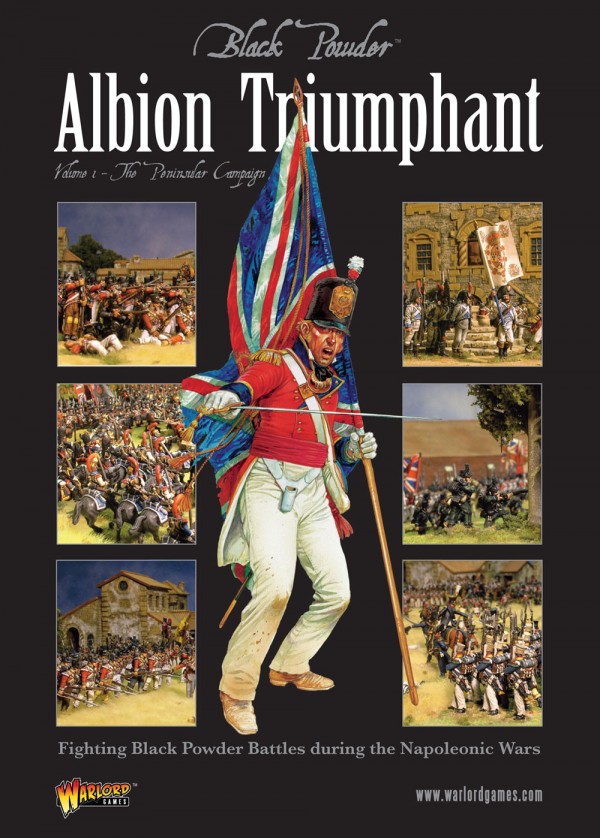 This is the first of two supplements for our Black Powder game that focuses on the Napoleonic battles involving British forces. Written by long-time gamer and Napoleonic aficionado, Adrian McWalter, this book focuses on the Flanders and Peninsular campaigns

Plus FREE special miniature with a purchase from the Warlord Web Store: 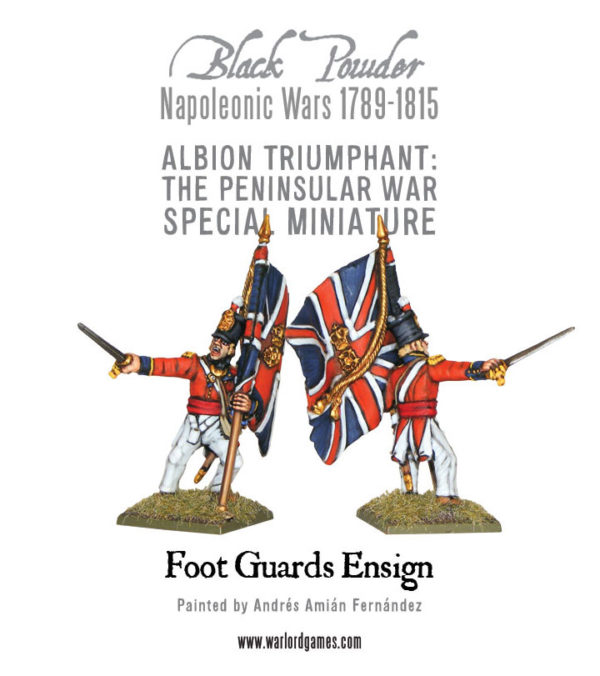 This is a supplement for Black Powder and a copy of the Black Powder rulebook is needed to make full use of it.