The British Centurion Mk.III and Super Bazooka armed infantry make their impact on the Korean War. Replicate the feats of Commonwealth forces!

Soldiers of the Commonwealth began the War in different parts of the Empire and then rapidly moved to converge on Korea. One brigade deployed from their base in Hong Kong. Commonwealth forces also arrived from Australia, New Zealand, and Canada. Troops of the British Empire would provide the largest contingent of Allied forces to the Korean War, second only to the United States. By the summer of 1951 three brigades were fighting in Korea, the 28th Commonwealth Brigade, the 29th Independent Brigade, and the 25th Canadian Infantry Brigade. Eventually, the three brigades operating in Korea would come together to form the 1st Commonwealth Division. The feats of arms performed by many of these units continue to be revered and studied by soldiers in the modern era.

A unit of renown from the Korean War is the 1st Battalion, The Gloucestershire Regiment, ‘The Glorious Glosters’, whose motto is “By our deeds we are known”. In fact, by their deeds they are remembered for a dramatic feat of arms at the Battle of the Imjin River, 22–25 April 1951.

Although the British still used the Projector Infantry Anti-Tank (PIAT), it became more common for them to upgrade to the American-made super Bazooka.  The previous version of this weapon (2.36″) had proved insufficient to penetrate the armour of the Soviet-made T-34/85 tanks. Enter the M20 ‘Super Bazooka’, capable of penetrating roughly 11″ of armour at a distance of 900 yards. More than capable of dealing with anything the North Koreans or Chinese could muster. 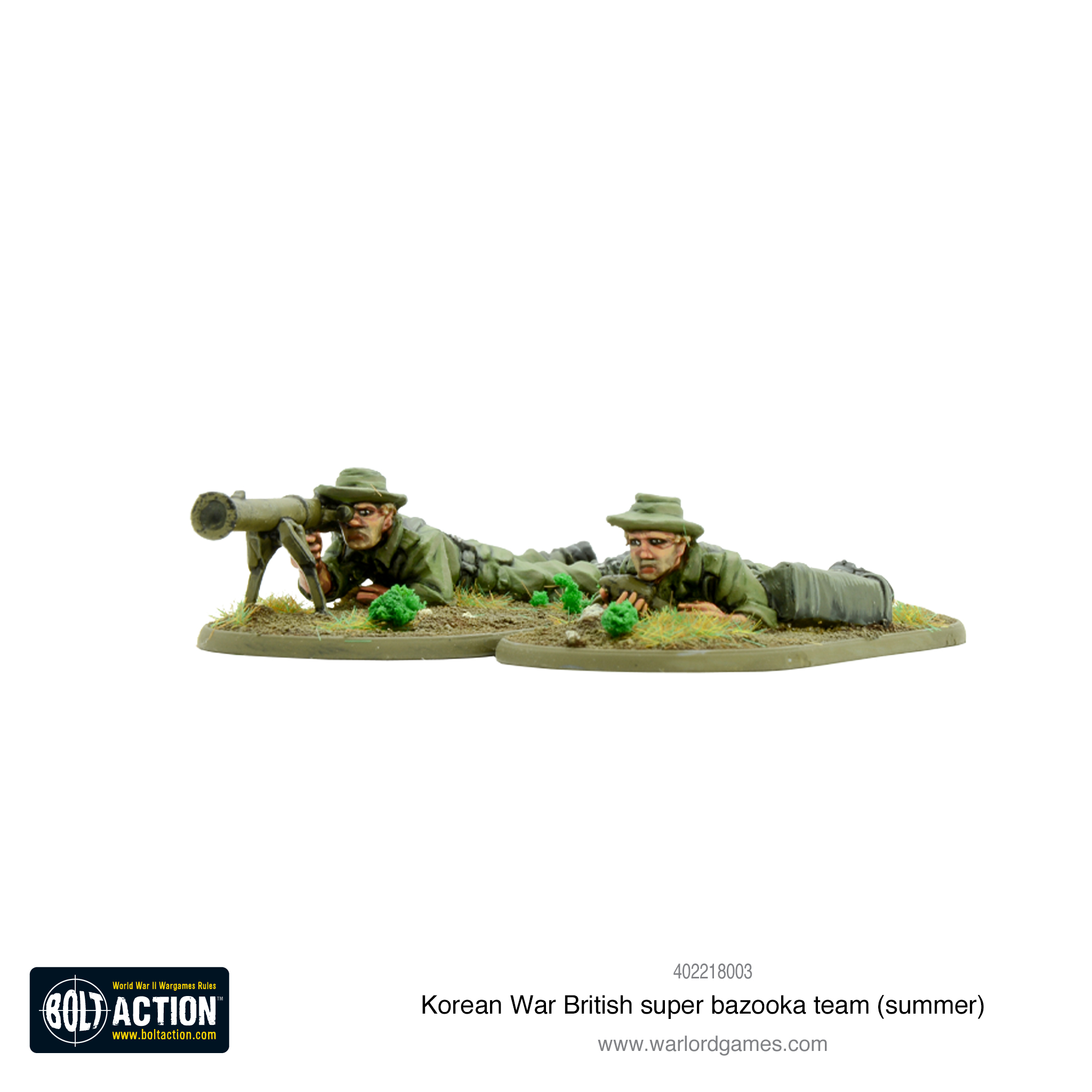 The Centurion tank began as a Cruiser type in 1943 but the design of the sloped armour elevated it to an infantry style tank. Further developments in technology, upgraded powerplant, upgraded main gun, added stabilizer all increased the performance of the tank until the MK III quickly became the main battle tank of the United Kingdom. The Centurion outclassed most other Allied armour of the Korean War in terms of firepower. It was far superior to the Korean/Chinese Soviet-made T34/85s. You can read a more in-depth comparison here. 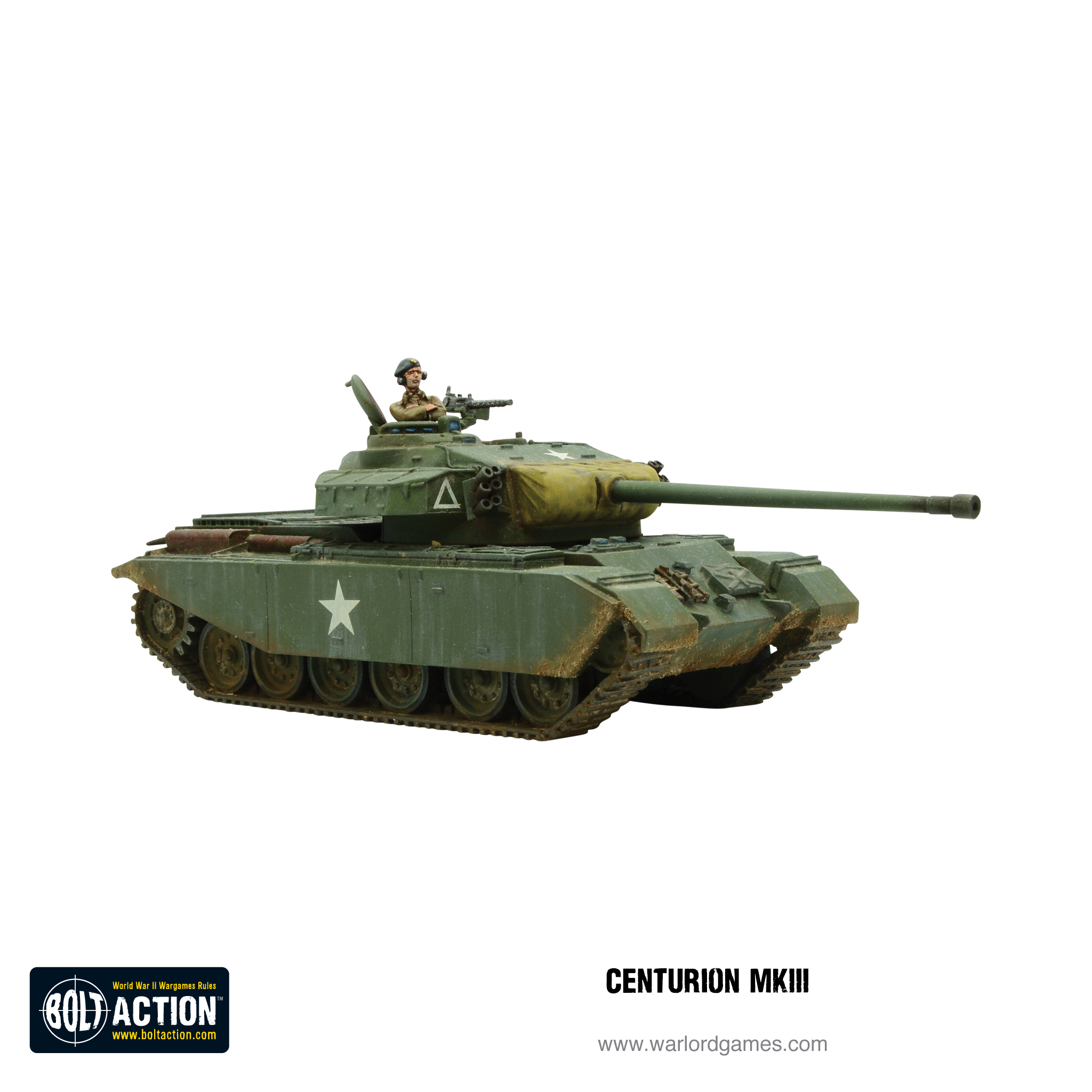 Get Started with a Commonwealth force

The possibilities to create a unique gaming force with the historical units in the Commonwealth list are exceptional! This force will give you a great starting point. 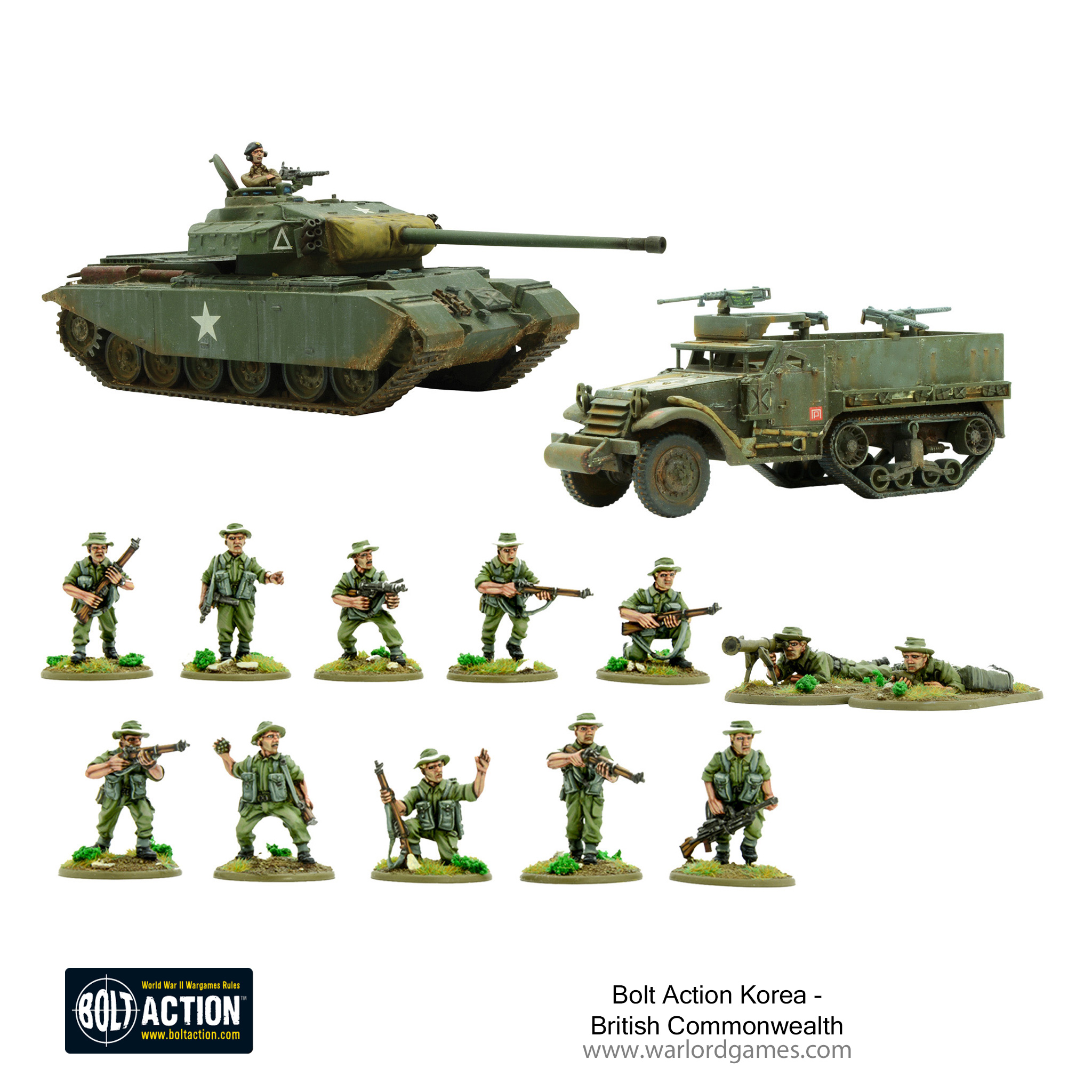