Beyond the Gates of Antares, Concord, Gaming & Collecting

The PanHuman Concord form one of the main armies represented in Beyond the Gates of Antares and are also one of the armies in both the ‘The Xilos Horizon’ and the ‘Strike on Kar’a Nine’ starter sets.

The military of the Panhuman Concord is organised and directed by a branch of the IMTel called the Concord Combined Command – otherwise known as CoCom or more commonly as C3. The Concord responds to threats against it with logical ruthlessness, organising and dispatching heavily armed forces throughout Antarean space. 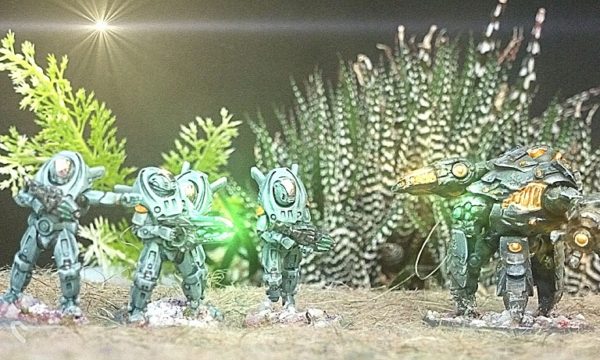 The Concord armed forces are the most sophisticated and most powerful in all of Antarean space, rivalled only by those of the Isorian Senatex and the Vorl Synthesis. 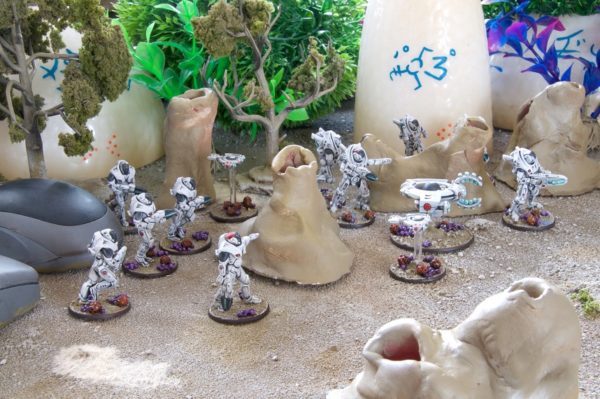 Concord forces are highly advanced and concord units form interconnected shards fed by spotter drones and sophisticated combat interfaces. Many of the roles undertaken by human troopers in other armies are performed by drones in Concord forces. These come in all shapes and sizes from small ‘buddy’ drones that accompany troops in battle to vast heavy combat drones bristling with weapons and protected by their own array of smaller drones carrying forcefields or acting as spotters.

Troopers are protected by extremely effective hyper-light armours and armed with plasma carbines capable of variable fire modes. Man for man there are few enemies that are their equal. Support drones provide them with a powerful mobile arsenal capable of facing the most heavily armoured enemies.

Headed by Strike Commanders, C3 Strike Units form the bulk of Concord forces, backed up by support teams – the Concord have access to the most advanced weaponry in all of Antarean space – with their standard Strike Troopers going to battle armed with heavy-duty plasma weaponry and protected by advanced hyper-light shielding.

Strike Squads form the core of the Concord Combined Command’ s armed forces wherever they fight from the embittered battlefields of broken worlds to primeval jungles and the depths of space. The iconic image of the armoured Strike Trooper is both feared and admired throughout the Antarean universe, both as the armed champions of peace and order, and the merciless agents of the Integrated Machine Intelligence – IMTel – that watches, protects and ultimately controls the thousands of worlds of the Concord. 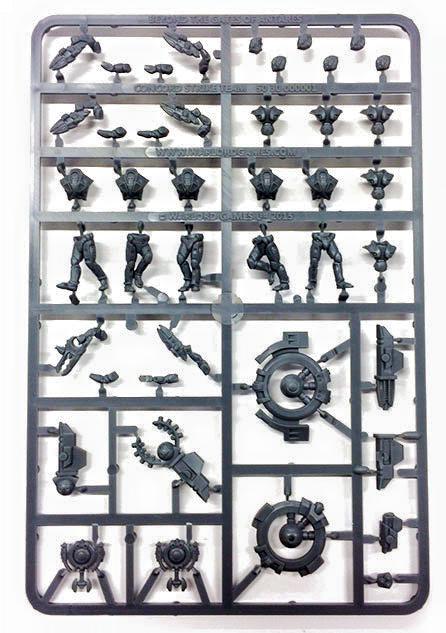 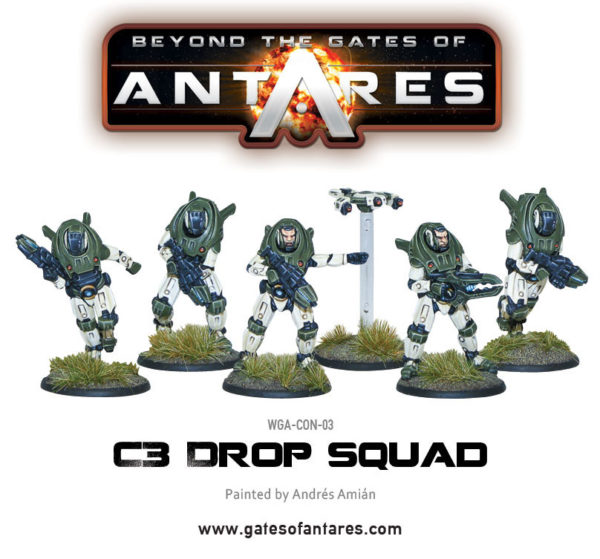 Drop troops are the most heavily armoured and armed of the Concord Combined Command’s Strike forces. Their role is to spearhead assaults onto enemy held planets, and capture and hold objectives without the support of conventional heavy equipment. For this reason Drop Squads are heavily armed with powerful plasma weaponry including the ferocious plasma lance, capable of destroying even heavily armoured targets. 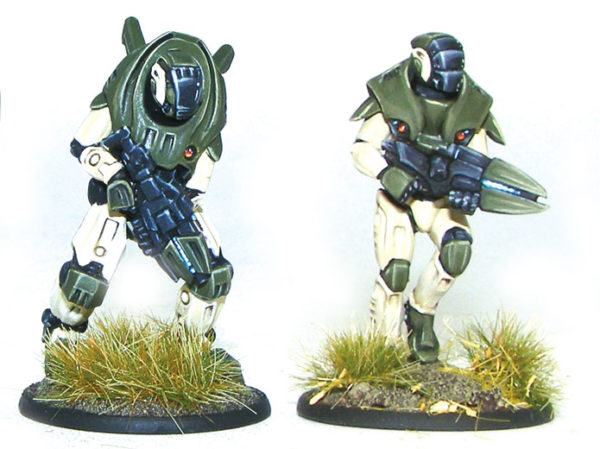 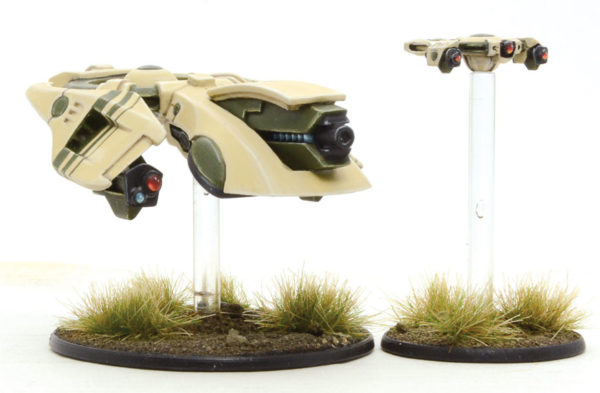 Probes are small hovering unarmed drones surrounded by a cloud of nanobots. They are simple machines with limited and specific intelligence. 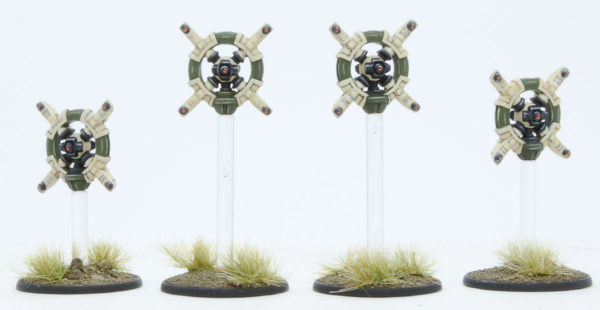 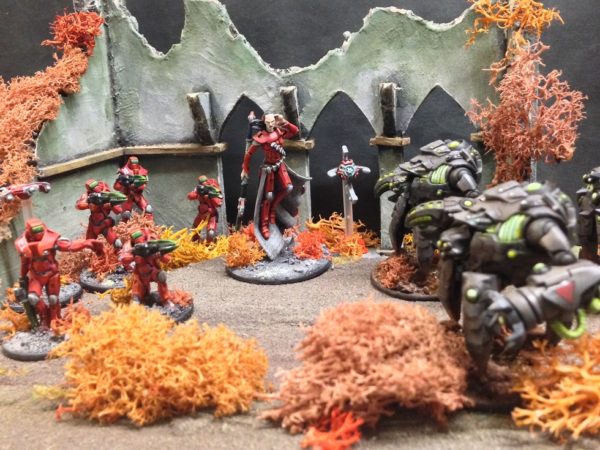 Whilst details and appearance varies from model to model, plasma weapons can usually be recognised by their distinctive plasma coil. The larger the coil the more powerful the shot, but plasma weapons don’t need to be especially long as their effect is not based on velocity. Plasma weapons shoot a burst of energy that initiates an ionisation reaction – effectively a small explosion or eruption of whatever has been hit. A plasma weapon’s ability to generate energy is key to its effectiveness, and over time this conversion rate declines and plasma coils become less effective. 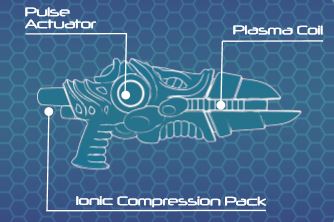 The plasma carbine is larger and more powerful than a plasma pistol but is essentially the same in terms of how it works and operates. Troops so armed have a distinct advantage over mag armed opponents, whilst the ability to switch from a highly focused energy burst to a shorter ranged scatter makes plasma carbines the master of all situations. 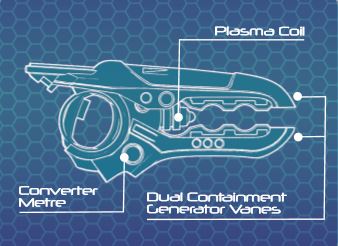 The plasma lance – or heavy plasma carbine as it is also known – is a larger and more powerful version of the plasma carbine calibrated to give a third very potent shooting option – lance!

The X-launcher (or magnetic launcher) is one of the most universal and adaptable light support weapons and is found in every kind of force. X-launchers are magnetic launchers that ﬁre explosive bombs or various kinds of special munitions. They are extremely common support weapons, compact in design, relatively accurate, and capable of handling a variety of ammunition where necessary. 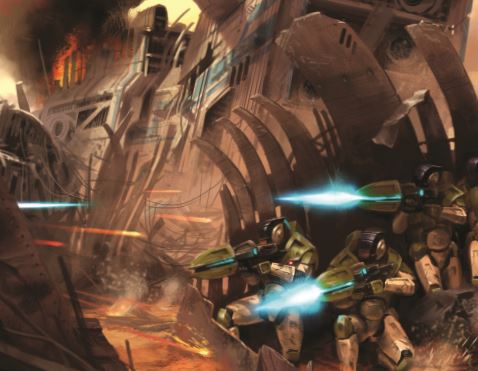 Beyond the Gates Of Antares – Strike on Kar’a Nine

Strike on Kar’A Nine is a new introductory set for Beyond the Gates of Antares containing forces for both the Algoryn and the Concord, with dice, rules and templates plus a fold-out battle mat and cut-out terrain – everything you need to get started with the game.

Beyond the Gates Of Antares – The Xilos Horizon

‘The Xilos Horizon’ pits a large Concord force against the monstrous battle suits of the Ghar. This is a larger set with the full hardback rulebook and the special launch edition model Strike Leader Kai Lek Atastrin! 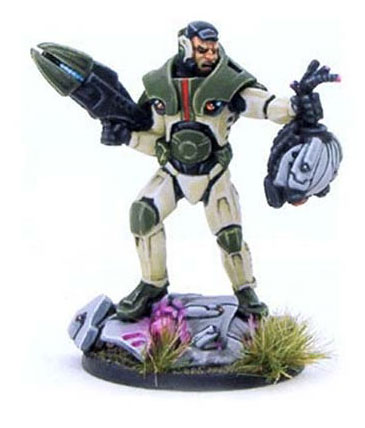