The Hungarian Army receives vital reinforcements to defend against the enemy armour. Enter the Pak 40, Solothurn anti-tank rifle and the Panzerschreck.

The Hungarian Army had to adapt quickly after joining the Axis war effort. Although they retained a highly effective officer training programme, the lack of effective anti-tank weaponry available to them was a problem they shared with the Germans. This was a particular problem on the Eastern front against Soviet armour. The anti-tank weapons that were available to Hungarian Infantry formations became absolutely vital for their war effort.

The Solothurn S-18/100 anti-tank rifle was a cross between a true anti-tank rifle and a light anti-tank gun. Featuring a magazine-feed, the Solothurn could achieve a rate of fire of up to 20 rounds per minute. It featured a semi-automatic action in a bullpup configuration. The Solothurn firearms company was owned by the German firm Rheinmetall. It used the Swiss company to manufacture arms which were prohibited for manufacture by any German firm. This was specifically to get around arms limitations imposed upon them at the end of the First World War. 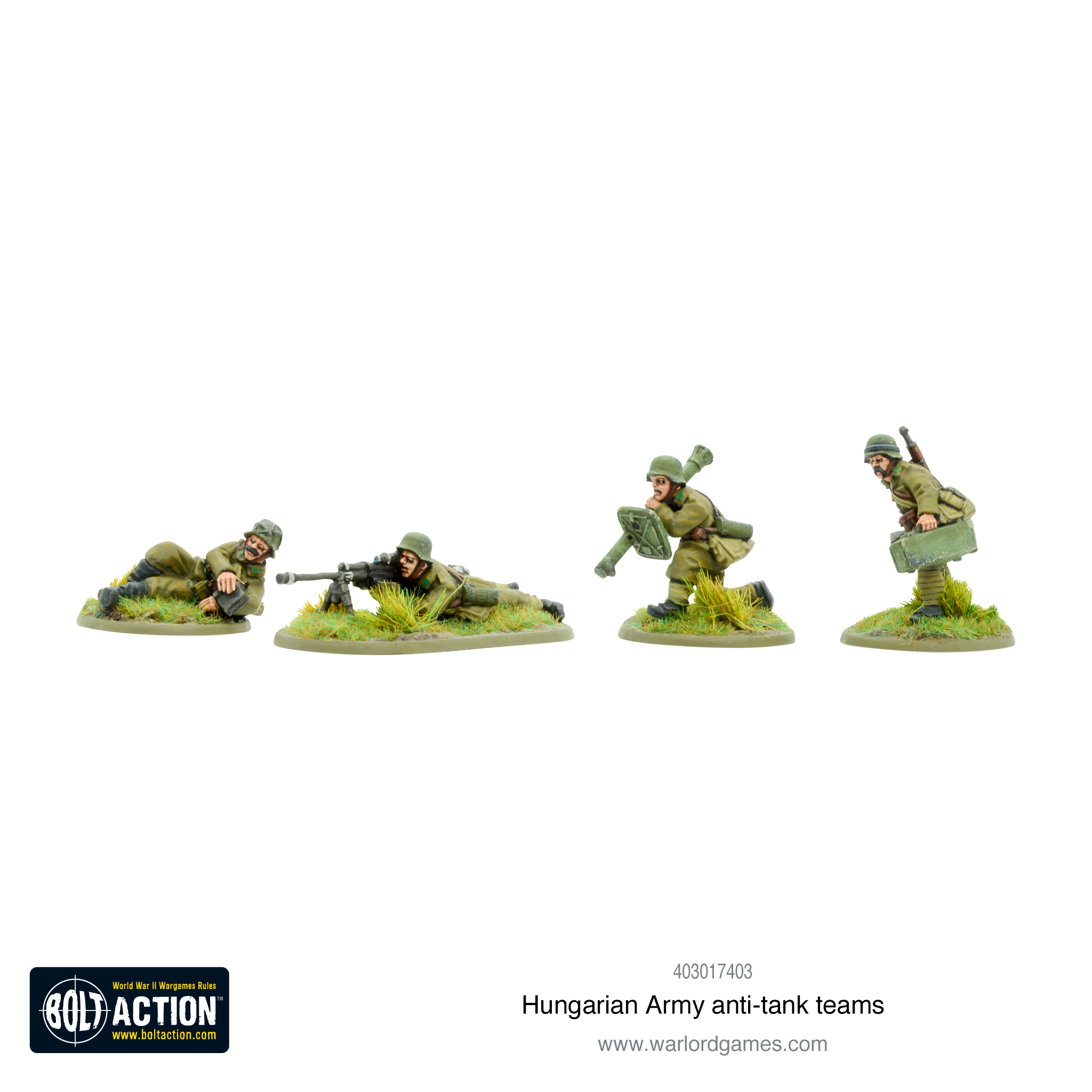 The 7.5 cm PaK 40 (7.5 cm Panzerabwehrkanone 40) was a German anti-tank gun developed in 1939-1941 by Rheinmetall and used during the Second World War. PaK 40 formed the backbone of German anti-tank guns for the latter part of World War II and was used in most war theatres.

The Hungarians made use of the PaK 40 to fulfil the anti-tank needs of infantry formations faced by increasing numbers of Soviet tanks. This gun was very effective against all tanks and was desperately needed to blunt the impact of Soviet armour on the Eastern Front. 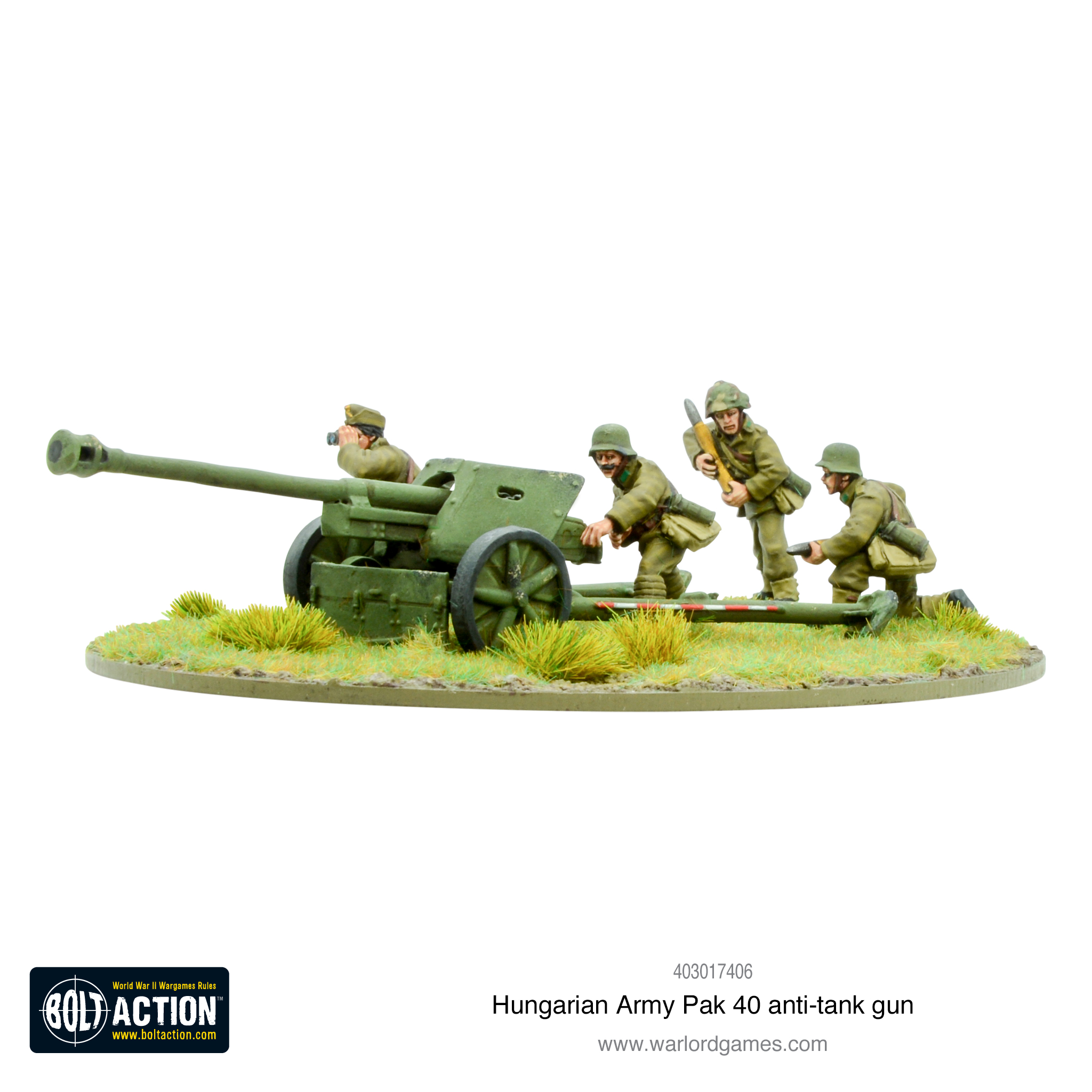 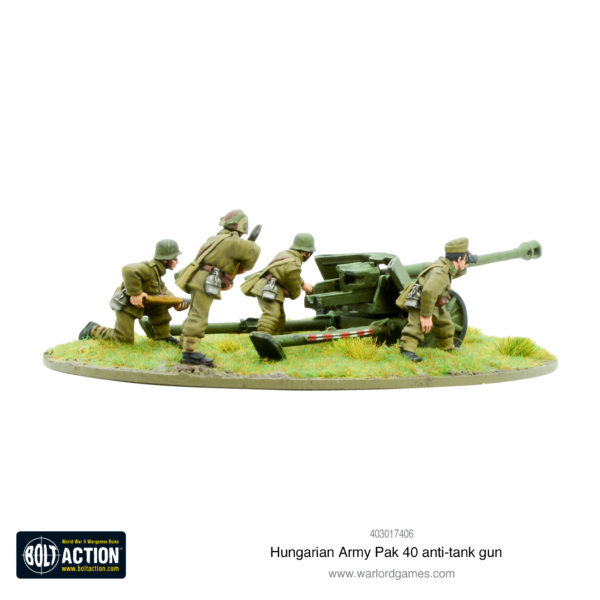 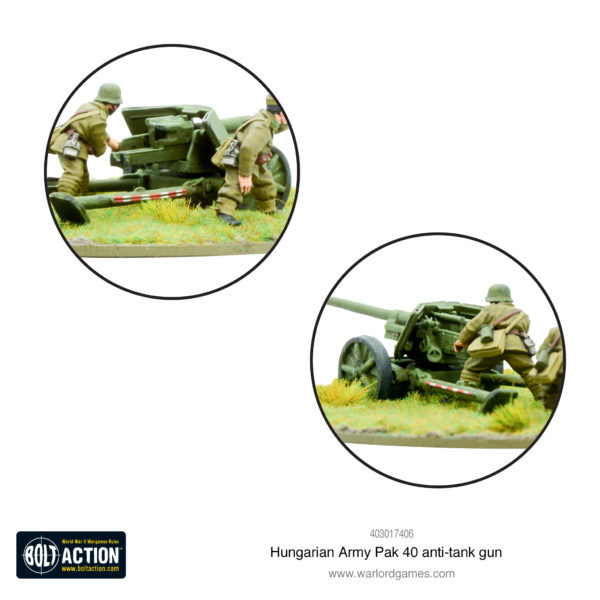 Get Started with a Hungarian Force 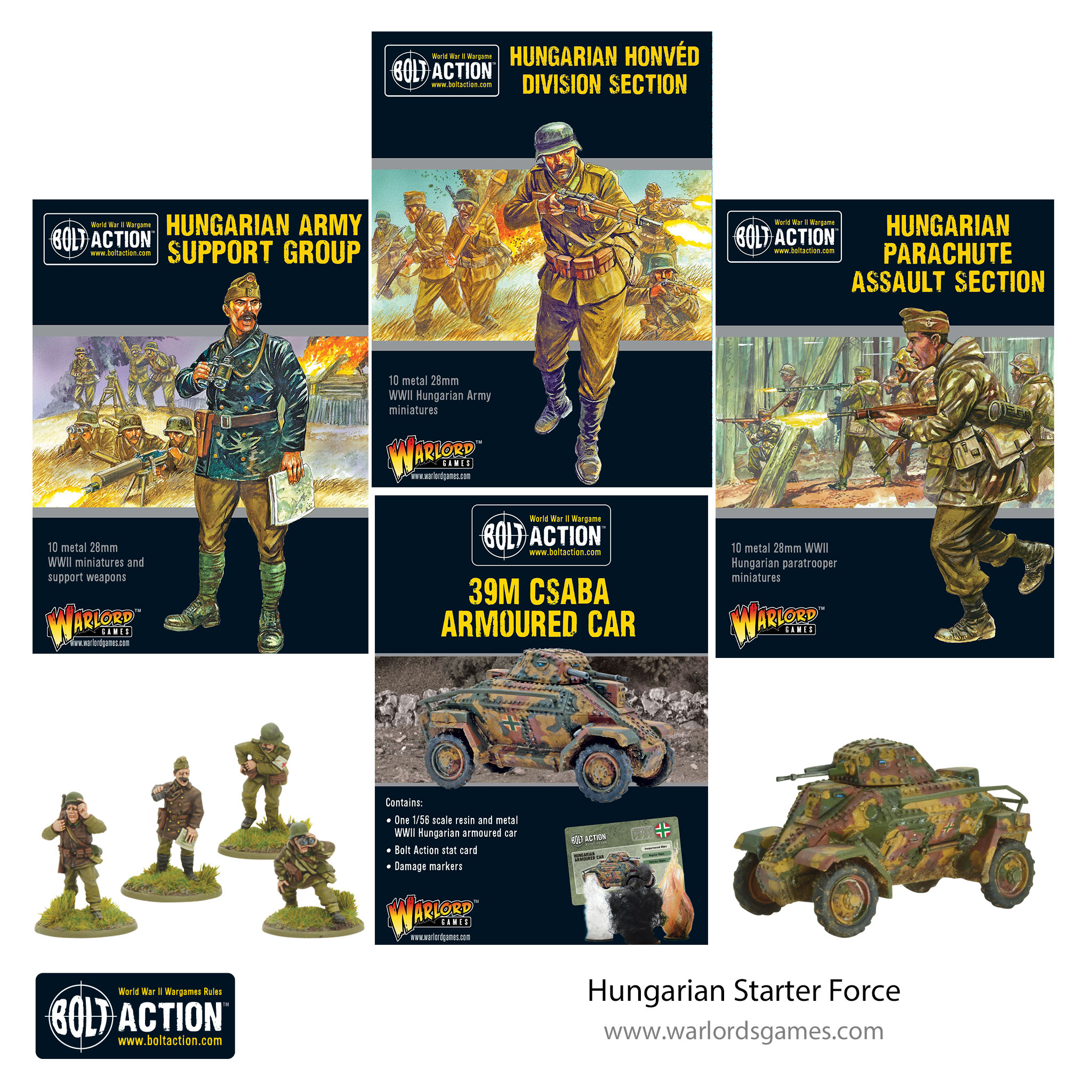