If you’re knee deep in half-built redcoats and unsure what to do next, we’ve got a handy guide on organizing your battalion’s centre and flank companies.

During the Napoleonic Wars, the British Army organised its infantry into regiments, denoted by a number and (from 1781 onwards), a territorial designation. The men serving in these regiments were drawn from across the British Isles, normally not just the geographic area that gave the regiment its name.

Regiments were composed of multiple battalions, of roughly 1,000 men apiece. In most cases, each infantry regiment had two battalions – some would only have a single battalion, while others would acquire many more.

In Black Powder, an infantry unit represents one of these battalions. By basing your infantry on 40x40mm square bases, the frontage of a battalion would be 200mm wide and 80mm deep, incorporating 10 bases of infantry.

Each one of these infantry bases represents an infantry company – 8 of these will be centre companies, with the remaining 2 will be flank companies. 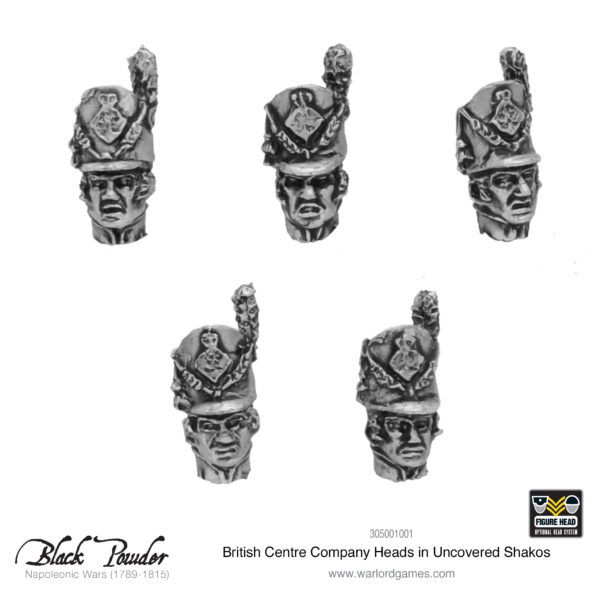 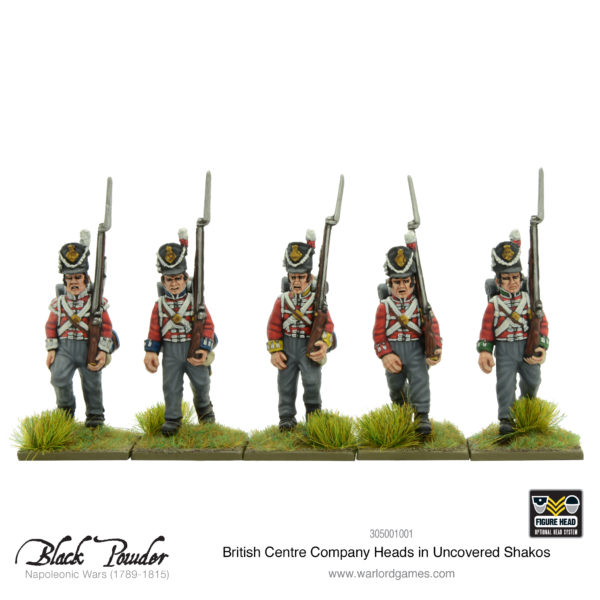 For players recreating the battle of Waterloo, our new selection of metal heads replaces the plastic heads with covered shakos and allows you to represent specific regiments!

The flank companies represent the battalion’s complement of elite troops – the light company and the grenadier company.

On the battlefield, you can distinguish grenadiers from the centre companies by the pure white plume on their shako, in contrast to the two-tone red and white plume used by the regulars.

Light companies were composed of all the former poachers, groundskeepers and hunters that found their way into the army – willful, self-reliant men capable of operating away from the security of the regiment. 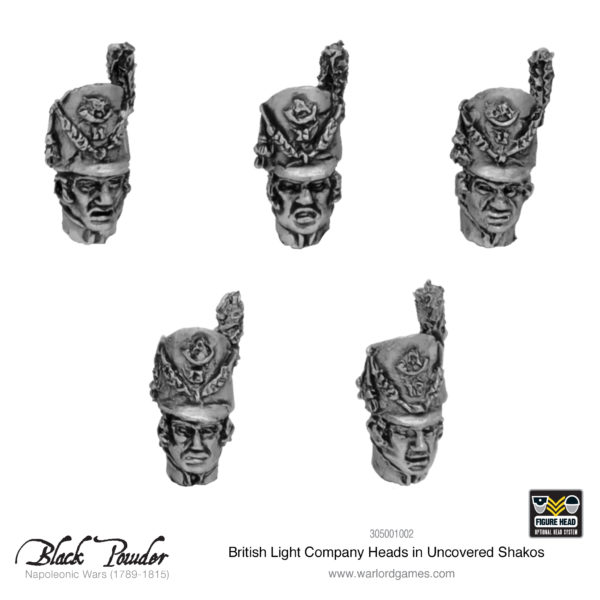 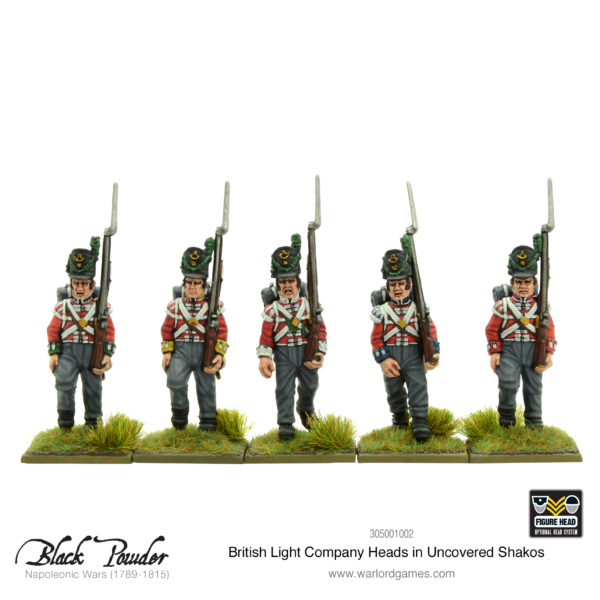 Used mainly as skirmishers, these picked men would spread out in front of the battalion, disrupting the enemy attack with harassing fire. Some expert marksmen might even be able to pick off officers and NCOs.

The Light company could be picked out by the green plume and bugle badge on their shako.

Black Powder handles these regimental specialists in several ways. Firstly, most British Army lists feature profiles for Light Infantry and Grenadiers, which represent these units being “brigaded” together.

You can also take advantage of the Mixed Formation rules (Pg. 90) to represent the Light Company being sent out to act as a skirmish screen, giving the whole formation additional protection from ranged attacks.

Tom spends most of his time buying books and painting miniatures. He enjoys putting animals on the bases of his miniatures and half-finishing side projects. Some say that he lives in a tower on top of some windswept northern hill with his wife and cow-patterned cat, Spaghetti.
View Profile | View all posts by Tom Mecredy
New: Age of Bronze – Hail Caesar Supplement
Unit Focus: Artillery of the Afrika Korps