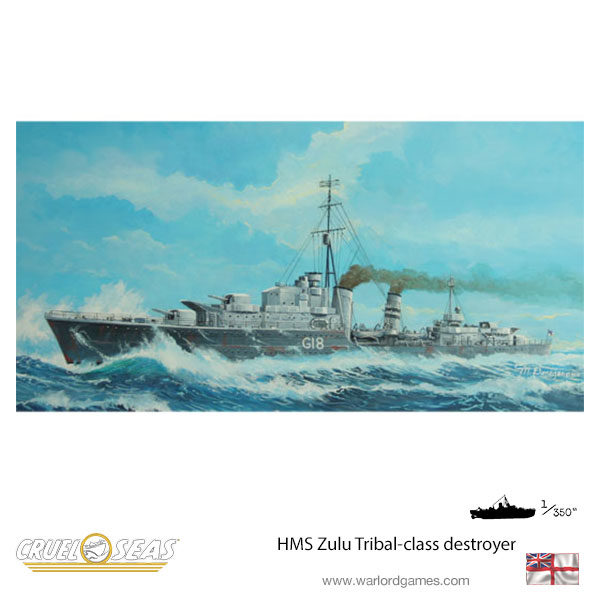 HMS Zulu was a Tribal-class British destroyer, built in Glasgow by A. Stephens & Sons, her keel laid down on Aug 10th 1936 and launched on Sept 23rd 1937. She was launched with boilers and funnels in place, and this gave her the reputation of a lucky ship. Commissioned on 7th Sept 1938. Just after she was completed, the HMS Zulu moved to the Mediterranean and was based in Malta.

When she returned home, during 1941, she had a part in the hunt for the German battleship Bismarck. And in June 1941 Zulu sailed for Falmouth, England to begin her refit. Her after funnel was cut down and her mainmast was fitted with a high-frequency direction finding (Huff-Duff or HF/DF) outfit. Two, single 2 pounder guns were mounted on the bridge wings. Radar was installed and the depth charge throwers were re-located. The refit was completed by July. Then she moved back to the Mediterranean, where she performed strike attacks against Italian convoys, and later took part in the attack against the Italian base in Tobruk (Libya). 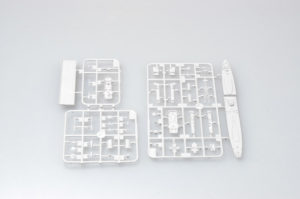 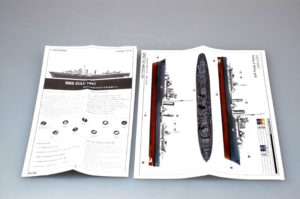 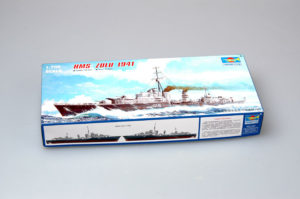 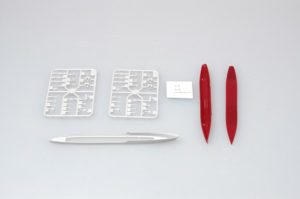 Here HMS Zulu’s luck turned. On September 14, 1942, she suffered some damage from the Italian coastal batteries on the Tobruk coast. And just a few hours later, she was bombed by an Italian aircraft, the bomb exploded in the boiler room, and HMS Zulu floundered. HMS Croome took off the most part of HMS Zulu’s crew, and HMS Hursley took her in tow. But the British destroyer was sinking: just a hundred miles from Alexandria, she was bombed again by enemy aircraft. HMS Zulu suddenly rolled to starboard and sank. 12 crewmen died, and 27 more were missing. 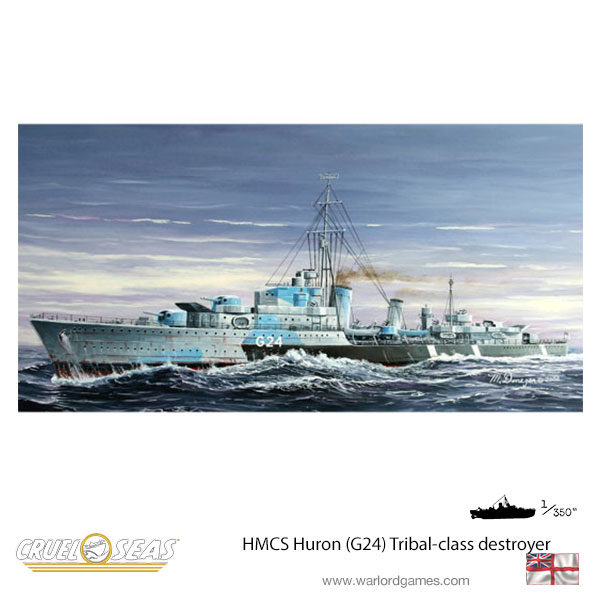 Huron served Canada honourably during the latter part of the Second World War. Commissioned 19th July 1943, at Newcastle-on-Tyne, she was assigned to the 3rd Destroyer Flotilla of the British Home Fleet. As part of Operation Holder, she made a trip in October of 1943 to Murmansk with technical personnel and special naval stores. For the rest of the year, Huron escorted convoys to and from North Russia. In February 1944, after one more trip to Murmansk, she joined the 10th Flotilla for pre-invasion duties spending the next seven months in the Channel. 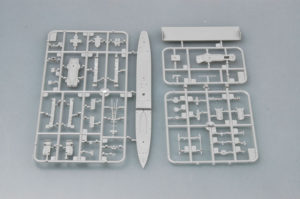 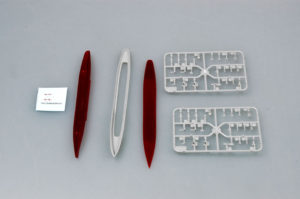 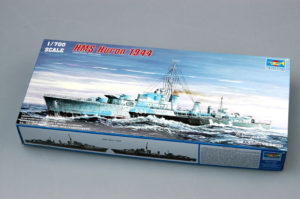 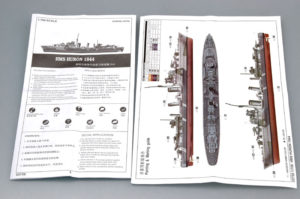 On April 25/26 1944, Huron was involved in a ‘scrap’ with German Elbing class destroyers in the English Channel. After the action, she and Ashanti collided and the results damaged Huron’s port hull and the main bulkhead between #1 and #2 boiler rooms. Huron managed to return safely to Plymouth and repairs were completed on 7th May, just in time for D-Day operations. Huron arrived in Nova Scotia for a refit on 13th of August 1944. It was completed and her sea trials were over by 20th November. She arrived at Cardiff for new radar and target indication equipment. During February and March 1945, she was assigned to escort duties in the Western Approaches. In April, Huron, Haida and Iroquois escorted their last convoy to Russia. After sharing in the liberation of Scandinavia, all three returned to Halifax in preparation for service in the Pacific. Their refits were suspended in August and HURON was placed in reserve. She was paid off 9th March 1946.