Warlord’s own Dave Matthews presents a historical account of one of the lesser known Napoleonic battles – the Bridge at Lodi.

As a somewhat less epic engagement than the likes of Waterloo, it makes a great scenario for the tabletop, so Dave has included suggestions for fighting the battle with Black Powder rules, to enable gamers of this fascinating period to refight the battle… 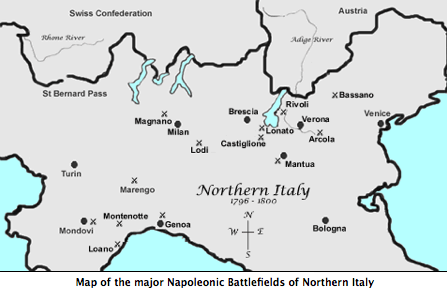 With the post-revolution still causing chaos in Paris and with backing from Baras and friends in the provisional government, Napoleon had proved his worth at Toulon, and rose to the rank of Brigadier of artillery. Bonaparte had in a mere 11 years emerged to achieve his first command, only Alexander the Great’s career bears any comparison.

In the spring of 1794 the army of Italy was not in a promising position, two years of war with Piedmont had them pinned between the Alps and the Mediterranean with the Piedmonts to the North and the Royal Navy to the South. Dumerebion, the commander of the army was an old fox, wary of the cost of failure, and wisely, after the intervention of Robespierre, bowed to the inevitable, giving Bonaparte free rein. With plans written, Robespierre lost his head on the guillotines of Les invalids, and Napoleon was imprisoned. This lasted two weeks and (to cut a long story short) with Carnot’s support he was freed and had his army back.

In April 1796, Bonaparte struck. The Austrians, obligated to support Piedmont, sent an army 40,000 strong under the capable Beaulieu at Alessandria. Napoleon showed his ability and Beaulieu fled towards Mantua – the stage was set. 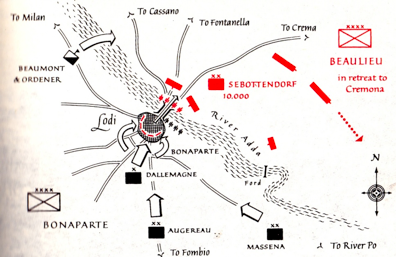 “It was at Lodi that Bonaparte finally earned the confidence and loyalty of his men, who nicknamed him thereafter “Le Petit Caporal” in recognition of his personal courage, determination and example.”

Chandler, The campaigns of Napoleon.

The leading French troops were in sight of the bridge at Lodi by early morning of May 10th but the Austrian army, now reduced to by 5-6,000 from its original 30,000 had been ordered by Beaulieu to retreat towards the defensive positions of the Po’s north bank, having accepted that the fortress of Mantua had been lost.

Sebetendorf’s rearguard was all that stood in the way of the French, the numbers of which had risen to near 40,000 men. Napoleon sensed victory – his frustration at not finishing Beaulieu driving his men on. The forces at the bridge consisted of the division of Dallemagne, a combined grenadier division combined from the armies grenadier companies, four battalions of which were commanded by Lannes, soon to be Marshal of France but a mere colonel at this time. These were to be supported by Augereau and Massena – again future Marshals.

The Austrians, 10,000 strong, placed three battalions supported by 12 cannon covering the bridge. On a slight slope six of them facing the bridge itself – the remainder placed to enfilade the approaches and the bridge itself in a murderous crossfire. The French would not find crossing easy!

After clearing the Town of Lodi, Napoleon rode forward to supervise the capture of the bridge. Whilst waiting for Massena’s tired and dust covered troops to arrive he personally sighted a battery of 24 guns, sending cavalry along the west bank of the Adda, searching for a Ford.

Bonaparte then formed the grenadiers into columns, safe behind the walls and buildings of Lodi. Addressing them with his usual stirring speech, he launched them onto the bridge. The impetus of these stirred Grenadiers, (the forerunner of the Guard) propelled them to the centre of the bridge, only falling back under a withing hail of grapeshot and canister from the Austrian guns. Napoleon (although there is no official confirmation existing of Napoleon leading the first charge), Massena, Dallemagne, Cervoni and Berthier placing themselves at the head of the exhausted troops, and crying “Vive La Republique!“ swarmed forward into the cauldron of grape, and hot metal spewing forth from the Austrian batteries.

This time by pure impetus and frustration, the attack gained the end of the bridge. Troops jumped from the bridge onto the far bank, reaching the shallows and enfilading the Austrian guns.Exhausted, disillusioned and with no stomach to stay, the gunners ran. The Austrians had been driven off as much by force of personality as the passion the French army felt for its commanders.

Sebottendorf’s counter-attack almost drove the French back, but Massena’s troops arriving on the scene followed by Augerau’s ensured the attack fizzled out. Augerau’s troops advanced on the lines of Austrians, breaking through with the momentum of victory in sight. Ordener’s cavalry appeared; having found a ford further up stream and assaulted the Austrians right flank. Sebottendorf hurriedly extricated his men and retreated in comparative good order towards Beaulieu’s main body, leaving 153 dead, 1,700 prisoners and 16 guns to the French. The French lost 350 men (arguably). 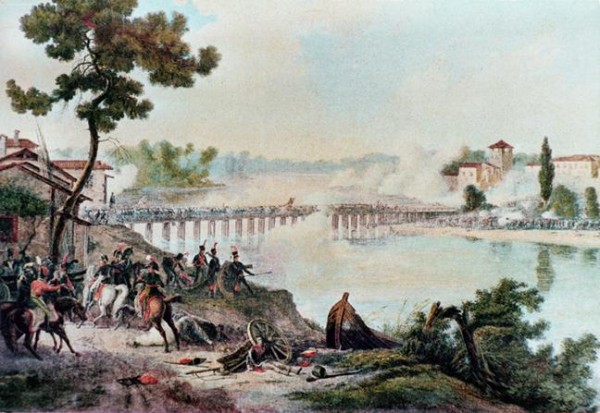 The result was not what Napoleon wanted, as again Bealieu had evaded his clutches. It was at Lodi that Napoleon earned the name from his men of “Le Petit Carporal“, and his legend began to grow. Lodi will always be a place of mystique in French military history. (Chandler)

A century later the English poet Thomas Hardy would write;

“On that far-famed spot by Lodi, Where Napoleon clove his way
To his fame, when like a god he, Bent the nations to his sway… Even as when the track way thundered,
With the charge of grenadiers,
And the blood of forty hundred, Splashed its parapets and piers…”

French infantry should be of superior quality in relation to morale and orders, however they were not far from a rabble – hungry, exhausted, held together by the force of Napoleon’s passion and drive so a penalty for firing at least would be wise! French cavalry at this time was abysmal so downgrading  them from trained would I think be fair. An bonus for the French artillery in both morale and ability to hit the target would also be an option.

I would match the Austrians to the characteristics of Prussians at this time, they would have been of good quality, and this time would see the last of the competent senior officers for a while at least. Austrian cavalry was possibly the best around at this time but no cavalry were present at Lodi. The Austrian army should have a penalty for both stamina and morale, after all they had done nothing but run for weeks. 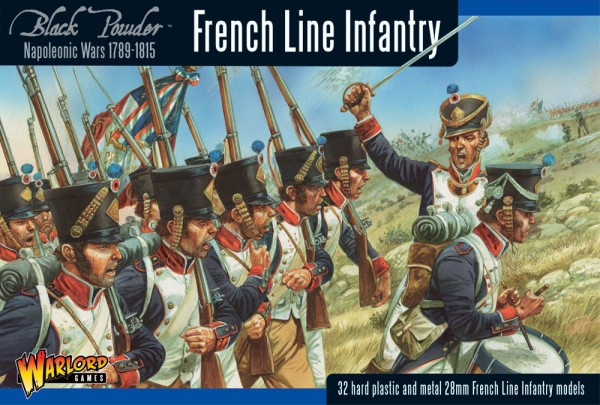