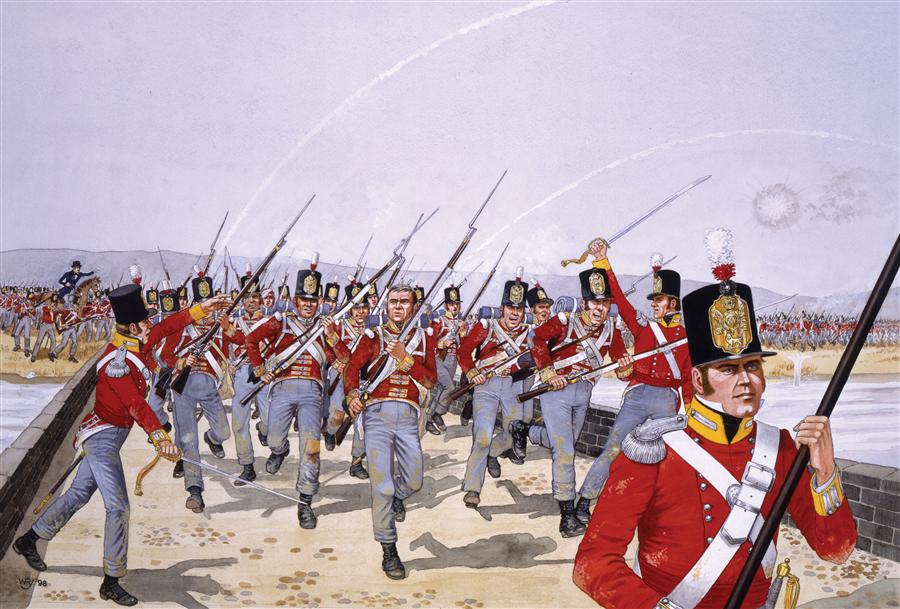 The British infantry was comprised of guards, foot, light, rifle and highland regiments. Regiments were, in theory, made up of three battalions, two fighting and one depot battalion. In practice however the battalions were used as individual units, with the regiment an administrative rather than an operational formation.

Each company was (on paper) to be made up of 100 men, giving a battalion strength of 1000 combatants. in reality most battalions did not muster such numbers, their average strength being 500-700 men. Two to four battalions were usually grouped into a brigade; rifle battalions were usually split up into companies and attached to brigades, giving the brigade commander valuable additional and accurate skirmish fire. After 1808 two to four brigades were grouped into a division.

British infantry were rated by numerous contemporary writers as the finest in Europe, capable of showing
steadiness when under pressure and checking and turning French columns on countless occasions. The key response to massed enemy attack was the devastating volley, followed by a controlled charge. 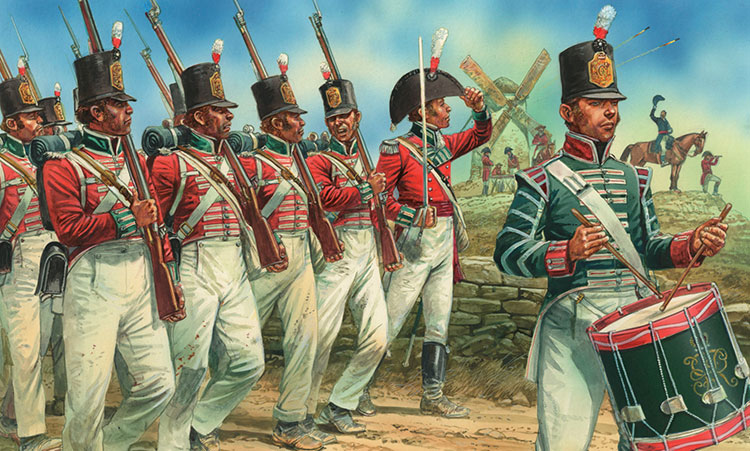 The main infantry type in the British army. Hardy and reliable in battle and armed with the Tower or East India pattern flintlock musket, they were the bedrock of Wellington’s Peninsular victories. These men joined the ranks for life, and pride in the traditions of their regiments was the spiritual spine of the army.

The infantry regiments were numbered, and in 1781 were regionally designated, e.g. 33rd First Yorkshire West Riding regiment of foot. The territorial designation roughly identified where the regiment drew its recruits from. They also gained nick names such as the ‘The Fighting Fifth’ for the 5th Northumberland regiment of foot, or ‘The Skins’ for the 27th Enniskillen regiment of foot. This all added to the esprit de corps that kept men in the ranks when the heat of battle was raised.

The light companies from a brigade’s battalions were sometimes taken from their parent line units and amalgamated together into composite light battalions. 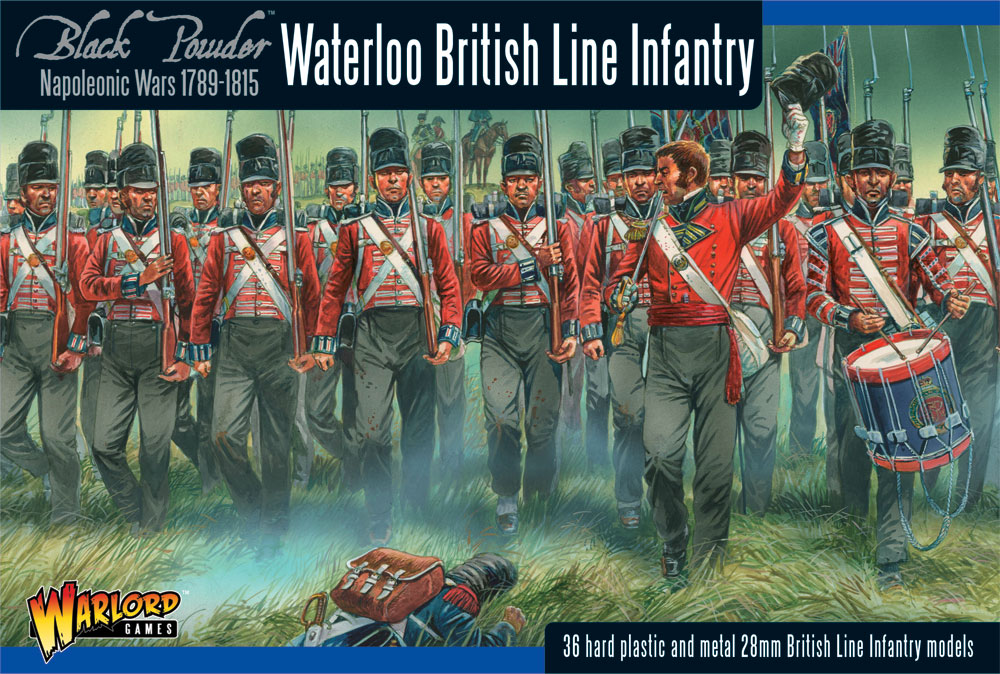