Bronze Age expert Nigel Stillman concludes his series of articles on King Hammurabi of Babylon, his wars against neighbouring city-states including the Elamites and his final defeat at the hands of the Hittites. 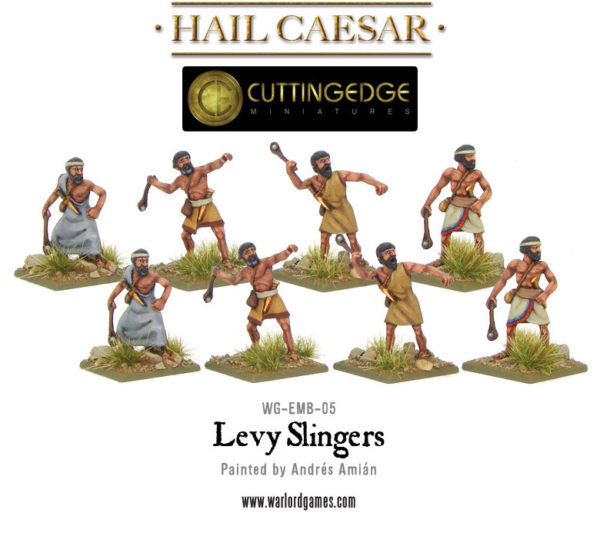 While Hammurabi was waging war on Larsa, a horde of Turukku tribesmen from the Zagros Mountains descend on the kingdom of Ishmedagan, led by their warlord Zaziya.  Famine had forced them to raid the lowlands.  Ishmedagan requests help from Hammurabi and Zimrilim but gets none.  He reports, “The Turukku were suffering from famine and trekked into the area around the town of Hirbazanum.  One village took pity on them, but they plundered it and slew every man in it.  Now the country has hardened its heart against them and they are starving.  They are in the vicinity of Tigunanum.  I will report where they intend to go and their line of march.  A detachment of the army has pursued the Turukku and slew many of their warriors.  They camped by the river, which was in flood.  During the night the river level fell and the Turukku crossed over.  Then the river rose again so we could not catch them. The Turukku enemy has marched away and made a raid on the interior of the land, taking cattle and plunder.  Their number is not great, but increasing.  They will keep on coming.” Eventually a peace deal is made between Ishmedagan and the enemy chief Zaziya, Ishme taking his daughter in marriage.

Alarmed by Hammurabi’s success are Sillisin in Eshnunna and Ishmedagan, still tenaciously holding on to Ekallate.  Mari generals send Nabi with this report, “Hammurabi has started negotiations with Elam and sends messages via Der and Malgium to Elam, but Eshnunnan forces blocked the road. So, Hammurabi stopped using that route and sends messengers through Eshnunna by unguarded tracks.  Sillisin is supplying huge amounts of grain to Elam.  A force of 10,000 Hurrians/Gutians led by the Queen of Nawar has set forth for Larsa.  The Babylonians have raided Malgium.”  Sillisin sends messages to Ishmedagan, “Keep Subartu under your control and do not send troops to Babylon regardless of your treaty obligations.  Tell Zimrilim to deny troops as well.”  At first Hammurabi makes a pact with Sillisin and even gives him his daughter in marriage, but after the fall of Larsa he marches with his army into Eshnunna and defeats Sillisin and his allies in battle.  Sillisin’s fate is unknown but Eshnunna is not fully subjugated for another 6 years.

While Atamrum is away in Babylon commanding a contingent in support of Hammurabi, his formidable wife is left to defend his kingdom.  To some envoys who dare to make vague threats, she says; “We will be ready for any foe that opposes us and will not permit anything bad to happen in the land of Atamrum!”  Another of Hammrabi’s allies Aqbahammu of Qattara has a similar politically astute queen – Iltani – supervising diplomacy. (Archaeologists have found her archive.)  In Mari, two scribes are having a technical discussion as they prepare a document.  One says, “As to those tribal warriors who deserted the Babylonian army and took service with us, now the Babylonians demand their extradition.”  The other replies; “We can refute that demand.  If a warrior or tribe takes service with another king he becomes a ‘son’ of that country, and there is no country that extradites its replacements.”  “Indeed,” replies the first scribe; “what is the proper term for such tribesmen who freely choose to leave one lord and take service with another?”  The other scribe replies; “The term is Habiri.  Behold, there are several contingents of Habiri serving kings in Subartu.”

Mari and Babylon fall out

Hammurabi is already deploying his forces for the showdown with Zimrilim.  He lets the Mari contingent return home, but has already sent 6000 men to Atamrum, now his ally in Subartu.  He also allies with Qattara and his intention is to outflank Mari. Nabiyatum and other messengers carry clay tablets back and forth between Babylon and Mari as the two kings negotiate, each becoming suspicious and exasperated with the other.  Nabi attends Hammurabi’s camp with the latest draft treaty tablet from Mari, and hears the Babylonian king arguing with the Mari ambassadors.  The stumbling block is the city of Hit by the Euphrates on the border between Mari and Babylon. “Why does Zimrilim create difficulties by writing Hit on the treaty tablet? Hammurabi tells the Mari envoys. “I’d rather your lord didn’t mention Hit.  Remember when Shamshi-Adad took Rapiqum from Eshnunna and gave it to me.  My troops have been there since then as well as Shamshi-Adad’s troops.  Now Zimrilim’s troops are there instead.  Just as our contingents are stationed together at Rapiqum they can be stationed together at Hit, and may there be peace between us!”  The Mari envoy says; “My lord gathered for you the support of the entire region and marched against the evil enemy who surrounded you to defeat him and wrest his grip from the land of Akkad.  Withdraw your claim to these cities that belong to my lord in return!”  Hammurabi says, “Among the ally kings there is no one who has honoured me like Zimrilim.  Make your concerns clear so that I can agree.  Give me the names of the cities I should agree about, but take Hit out of the treaty so I can swear to it!  Then when the war is over we can put the matter to our fellow kings and I will accept their judgement.”  The Mari envoy says, “Hit is our sacred city where the river ordeals are performed.Why do you want it?”  Hammurabi replies, “Why do I want Hit? Your country’s strength is in donkeys and chariots. My country’s strength is in ships. That is why I want the pitch from that city.  In return for Hit; I will consider anything Zimrilim asks of me.”

In Mari Zimrilim is worried by his ally’s intransigence.  In the darkness of the temple he talks to his advisors including his Queen, Shibtu, priestess and seer.  He says, “Consult oracles about giving up Hit to the king of Babylon.  Ask should Zimrilim give up Hit to the King of Babylon?  Would his country be safe if he did?  Ask the oracles about Hammurabi of Babylon.  Will he ever die?  Does he deal honestly with us?  Will he make war on us?  Will he besiege Mari while I am away campaigning in the North?  Shibtu probes the murky otherworld of the gods, the undercurrents that flow beneath events like the deep waters of the treacherous Euphrates.  She says,  “I have asked questions about Babylon.  He is plotting against this country, but will not succeed.  You will defeat and capture him.  His days are numbered and he will not live much longer!”

Hammurabi may be reluctant and sad to fall out with his reliable ally Zimrilim, but probably also realises that Mari allied with Yamkhad is a potential enemy as powerful as Babylon.  Zimrilim feels that he gave powerful support to Babylon, but now is about to be the next target of Hammurabi’s ambition.  Hammurabi’s spies are everywhere and he soon knows that his rival will not give up Hit, and perhaps even intends to challenge him for supremacy one day. He says to his generals, “In a few months time I will take revenge on him and make him kneel down in the dust!”  Hammurabi sneaks an army through to his ally Aqbahammu in Subartu, but Nabi and other Marian scouts observe the Babylonian troop movements. “Our scouts report that 500 Babylonian troops are advancing under orders to go to Ekallatum.  When they reached Sapiratum, our border guards asked them where they were headed and they replied Ekallatum.  Later, they left the road to Ekallatum and went north.  Maybe this army is going to Karana or Andraig.  I think it is responding to a request for troops from Aqbahammu.”  Although we do not yet know the details of what happened next, Hammurabi defeated Zimrilim and captured Mari.  The Babylonians removed many texts from the archive, leaving the rest for archaeologists.  A few years later Mari rebelled and its walls were demolished in reprisals.  The magnificent palace, wonder of the age, fell into ruin.  Ultimately Hurrians would take over the regions formerly ruled by Mari. 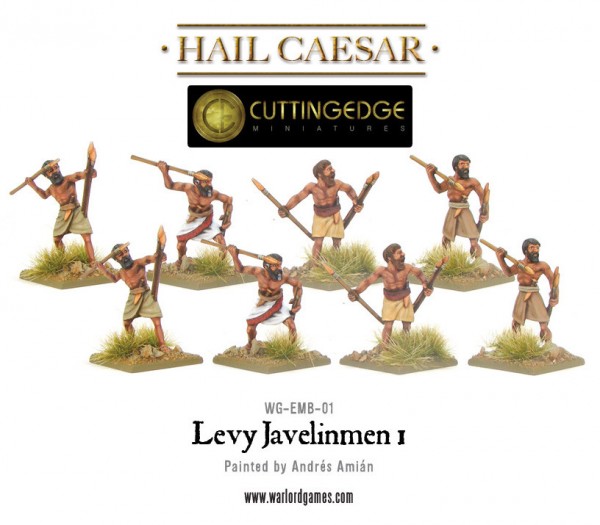 Until a record of the last decisive battle turns up, let us imagine it and describe the methods of fighting of the time.  The vulture, attracted by the din of battle, flies low over the action and has the last squawk.  Below he spies a long line of Mari soldiers advancing, confident in the assurance of their oracles.  Their white felt warcapes lined with leather flap as they go.  Their white round leather helmets are shaped like turbans and they carry long spears.  On their flank go chariots.  Ahead of them a line of Babylonian spearmen advance.  They carry the distinctive Amorite shield shaped like an animal hide. Their helmets are made of plaited rope or leather.  They carry spears or axes and are supported by archers.  Within a hundred paces of the enemy the Marians hurl a volley of throwsticks.  These hurtle in an arc into the ranks of Babylonians, knocking the legs from under some and cracking the heads of others.  Many sink to their knees sheltering behind their shields.  Then the Marians level their spears and charge at the foe whilst they are temporarily at a disadvantage.  Beside them the chariots canter. The archers and javelinmen hurtle into the flank of the enemy.  Now the Babylonian axemen come too close and fail to get out of their way.  Dust rises obscuring the scene, only bobbing standards visible above it.  On the wide Euphrates, Hammurabi’s war fleet advances on to Mari, outflanking the Marian battle lines and sweeping away opposition as his big boats clash with the Marian boats, all laden with soldiers.  Nabi is with the scouts, reporting these movements to Zimrilim on his chariot.  He thinks; “Mari is strong in chariots; but even chariots cannot charge over water!”

Sometime after, Nabiyatum has taken service with Hammurabi’s army along with a few other ex-Mari officers.  He rests in camp while a musician is singing the praises of Hammurabi and a scribe notes down the words for the text of a commemorative stela to be set up in Sippar. “Hammurabi, king, is a mighty warrior, who wipes out his enemies, a flood of battles, waster of enemy lands, who puts an end to wars, who resolves disputes, who destroys soldiers like figurines of clay!”  At the end Hammurabi presiding at the feast, adds, “The Elamites, Gutians, Subartians and Turruks from distant mountains who speak in obscure tongues, I gripped in my hand.  It was me who put straight their confused minds!” Mirth, nods of agreement and acclaim from his generals and advisors.  Hammurabi returns to Babylon and attends to ruling his vastly expanded kingdom, defining his famous lawcode, which is enscribed upon stone.  Nabi reflects on the ravaged lands of Subartu and the Hurrian horses grazing on rough pasture that was once cultivated fields, beneath ruined city mounds.  He confides in a comrade, “Hammurabi is a great king, but he knows little of horses and chariots; how long will his kingdom endure?”

Letters to the King of Mari, W. Heimpel.