History: BATTLES OF HAMMURABI part 1 – The Rise of Babylon

Bronze Age expert Nigel Stillman returns with a new series of articles on King Hammurabi of Babylon, his wars against neighbouring city-states including the Elamites and his final defeat at the hands of the Hittites.

The rise of Babylonia and Assyria can be traced back to the age of Amorite warlords.  In 1808 BC in Upper Mesopotamia, known then as Subartu, the Amorite warlord Shamshi-Adad I seized the throne of the old city of Ashur on the Tigris, in the heartland of Assyria.  In 1792 BC in Lower Mesopotamia, known as Sumer and Akkad, an Amorite king ruled in Babylon.  Situated in the ‘waist’ of Mesopotamia, where Tigris and Euphrates rivers flow closest together, it was an important strategic location, not far from Kish, Agade, Ctesiphon and modern Baghdad, all centres of imperial power at one time or another.  Babylon was not yet a powerful city, while the rival cities of Isin and Larsa fought for supremacy.  A third mighty warlord was not destined to be founder of a great kingdom.  This was the Amorite Zimri-Lim, who regained the throne of Mari on the Euphrates in 1776 BC.  He battled against Shamshi-Adad, was an ally of Hammurabi, and ruled over a vast area that would one day become Syria, but was ultimately vanquished by Hammurabi and his realm was taken over by the Hurrians. The conquests of Hammurabi resulted in the unification of Mesopotamia into the kingdom of Babylonia.

These warrior kings were descended from Amorite nomad chieftains who lived in tents.  Their subjects were both Akkadians and Amorite tribesmen.  The Amorites had come from the arid steppes and deserts of Upper Mesopotamia and regions to the West.  They had once provided mercenary warriors to the kingdom of Ebla.  Later, their migrations into Mesopotamia created such a threat to the Kings of the Third Dynasty of Ur that they built a wall between the Tigris and Euphrates to curb their incursions.  It failed, and as the Sumerian Empire collapsed amid famine, Amorite and Elamite mercenary warlords took over.  After a few generations, the descendants of tribal chiefs had absorbed a great deal of Akkadian culture, but kept their Amorite tribal connections and fashioned their armies according to the methods of Amorite tribal warfare; which had proved effective after all. 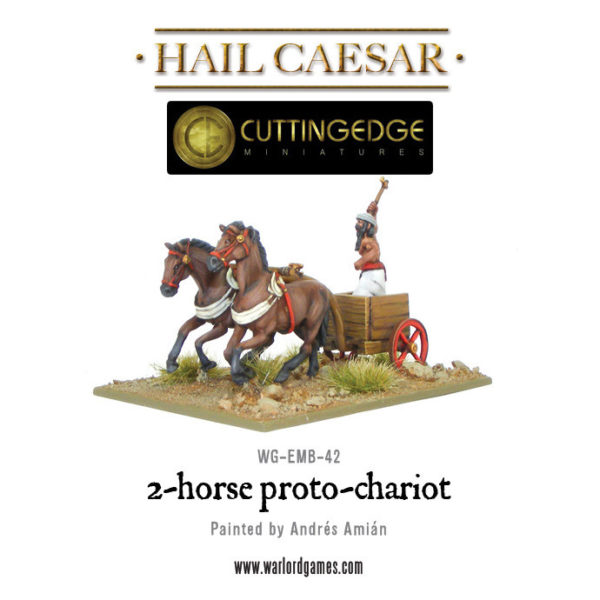 We know much about this period due to the discovery of several archives of clay tablets inscribed with the cuneiform script, especially those found at Mari.  These are written in the Akkadian language, the standard scribal language for letters, diplomacy and administration, while Sumerian was reserved for religious texts.  The Amorites spoke a related Semitic language and so Amorite words appear in the Akkadian texts.  All of these languages are ancestral to Hebrew and Arabic and thus the name of a weapon or a military term in a text of this time is often the ancestor of a later Biblical or even Medieval Arabic term.  Many clay tablets are letters, which were dictated to scribes who sat beside their king as he spoke.  These amazing documents record history being made as it happened, with all the comments and flourish of the agitated ruler, general or spy as he dictated to his scribe.  Consequently they are full of details of campaigns, skirmishes, armies and battles as well as intrigue and espionage.  They are unlike the carefully edited and bombastic royal inscriptions usually associated with ancient empires.

Here is an example from the Mari archive in which Zimri-Lim’s general, Ibalpiel reports back from Babylon where he commands the Mari ally contingent supporting Hammurabi against Elam:

“To My Lord from Ibalpiel your servant:

Hammurabi said this to me: ‘a heavy armed force went out to attack the enemy column, but no suitable place could be found, so the force returned empty-handed and the enemy column is proceeding in good order without panic.  Now send out a light armed force to raid the column and capture prisoners for interrogation.’  That’s Hammurabi’s orders.  So I am sending Sakirum with 300 troops to Shabazum and the troops I have sent are 150 Hana, 50 Suhu and 100 troops from the Euphrates valley and there are also 300 troops from Babylon.  In the vanguard of My Lord’s troops goes Ilunasir the seer, My Lord’s subject and a Babylonian seer goes with the troops of Babylon.  These 600 troops are based at Shabazum and the seer consults the omens.  When the omens are favourable; 150 go out and 150 come in.  May My Lord be informed.  My Lord’s troops are well.”

The Mari archive includes texts from the time of Shamshi-Adad I, when his son Yashmakhaddu governed Mari.  This was before Zimri-Lim defeated Yashmakhaddu and regained the throne of Mari.  Here Shamshi-Adad advises his young son how to raise an army quickly to besiege the town of Nurrugum:

“General Yarimaddu told me that he had inspected the Khana tribesmen and picked 2000 to go on the campaign with you and their names are noted on a tablet.  Choose for yourself the 2000 Khana who will march with you and the 3000 already picked.  Have Layum and your other advisors hear this tablet and help you decide.  A tally of your men for military service is long overdue and as you can’t do it now, do it on your return.  Until then, replace only deserters, missing and dead.  Conscript 1000 men between the two towns and 1000 Khana, 600 Uprapu, Yarikhu and Amanu.  Round up a further 200 and 300 men wherever you can and make a unit of 500.  You will only need 1000 of your household troops.  Then you will have 10,000 troops.  I will send 10,000 landsmen (Ashurite territorial soldiers) who form a strong and well-equipped contingent.  I have also sent word to Eshnunna for 6000 men to come up from there.  Together making up 20,000 we have a strong army!”

A report from a commander of a Mari contingent on campaign in Subartu supporting local kings records a battle.  On one side was Akinamar, ally of the King of Kurda, the king of Kahat, the king of Tilla and a warlord Askuraddu who had ‘no throne’.  On the other side were the forces of Huziran, a pretender to the throne of Hazzikhannum, with allies from Shubat-Enlil, Andraig and Mari.  The Mari contingent led by Ishri-Addu advanced.  The enemy responded by taking up a strong position at Mariyatum.  The Marians surrounded them, but lacked enough troops to attack.  So Huziran’s brigade of 500 men went to support them; but next day the enemy (originally 1500) had been reinforced by the Kahat brigade of 700 men and more Tillan troops, who broke the siege.  The Kurdites got out of Mariyatum. On their retreat, the Kahat force was pursued by 100 men of Ishri-addu and 150 of Huziran’s men intending to overtake and ambush them.  Near Pardu 250 men overtook them unnoticed and waited between Kahat and Pardu, then attacked.  In a brisk battle the enemy were routed, killing 6, while every attacker captured one enemy each, for no losses.  The report ends;” the Kahatu were well beaten, the servants of my lord were victorious; it was a good action by Ishri-Addu!”

We often find that the texts do not tell us everything we might like to know. We have a reply from the commander Habdumalik; “Why should I send my lord a long report? The orders are too detailed to be written on a single tablet, so I decided to send only a brief outline of the plan.”  Also – every military archive has one – a request for socks, boots, underwear or beer! Here is the one from Mari; “Yamsum to Shunuhruhah: You asked me look for a good pair of boots to send you.  I found some but they were too small.  Send me an outline of your feet and I shall have good boots made for you.”

The warfare of the age can be described using the translations of these texts, which are very evocative and entertaining.  Rather than quoting actual texts, I shall use them as inspiration for the story, with the dialogue based on the cuneiform reports or the gist of them, as is often done for TV dramatisations of episodes in World War two for example, where actors speak lines based on real wartime letters and despatches.  Let’s first place this narrative in its time and place and provide some background information and a brief timeline of the key events according to the Middle Chronology currently favoured by researchers of Ancient Mesopotamia.  Beware that different areas of scholarship opt for different chronological schemes that do not always synchronise very well.  Dates for this period are approximate; expect them to be revised by anything from a decade to a century according to new discoveries.  I think this will tend to push the dates later rather than earlier.  Fortunately, due to the amount of information we have interconnecting the various kingdoms, the period holds together as a block of time.  As to names I shall only hyphenate them where it helps pronunciation.

1822 BC – Rimsin becomes king of Larsa.  Rivalry and war between Isin and Larsa.

1811 BC – Shamshi-Adad I captures Ekallatum on Tigris.

1794 BC – Rimsin vanquishes Isin and begins dating years from his victory.

1792 BC – Hammurabi becomes king of Babylon.  At first he is subordinate to Shamshi-Adad.

1771 BC – Eshnunna supports tribal revolt in kingdom of Mari.

1767 BC – Sheplarpak, high king of Elam allies with Mari against Eshnunna

1765 BC – Hammurabi and Mari war against Sheplarpak of Elam and his ally the warlord Atamrum.  Siege of Razama.

1764 BC – Siege of Hiritum.  Elam defeated and her allies change sides.  Rebellion in Eshnunna puts soldier Sillisin on throne.

1763 BC – Hammurabi, annoyed that Rimsin of Larsa remained neutral in the Elamite war, attacks Larsa in alliance with Mari.  1762 BC – Siege and fall of Larsa.  Hammurabi annexes Larsa and defeats Eshnunna, Subartu and Gutium; uniting Babylonia.

1761 BC – Zimriliim resists Hammurabi’s demands for city of Hit on Euphrates resulting in war.

1759 BC – Mari rebels.  Final defeat and sack of Mari by Hammurabi.

1595 BC – Hammurabi’s dynasty rule Babylonia until Hittite Hattusili I conquers Yamkhad and marches on to sack Babylon.

Hammurabi followed the custom of naming his regnal years after events.  Here are some significant years:

Nigel’s account will continue next week, while you can find more information on wargaming with an Amorite army of this period here. To pick your army, check out our Amorite Kingdoms range.