Simon Purdue (AKA Ook) took our Soviet Aerosan model and converted it for use in his games based in the Very British Civil War setting. Take a look at Simon’s very cool conversion below. 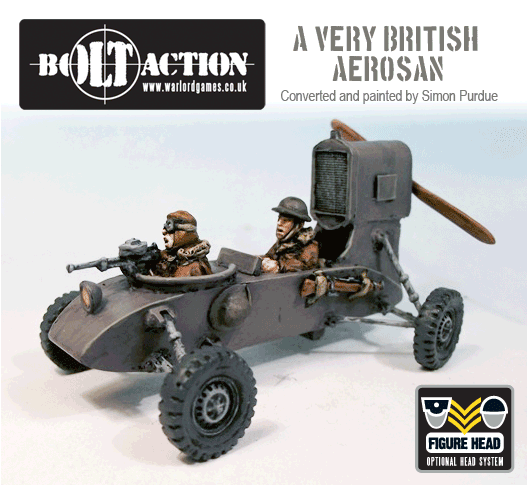 When Simon saw our new Aerosan it screamed Very British Civil War. Whilst historically it’s a genuine Russian invention, the Heath Robinson nature of it suggests that it could just as easily have been invented by some forward thinking (and slighty mad) English garage mechanic. Although the skis obviously had to go, as English winters generally wouldn’t require them. So wheels were the order of the day. 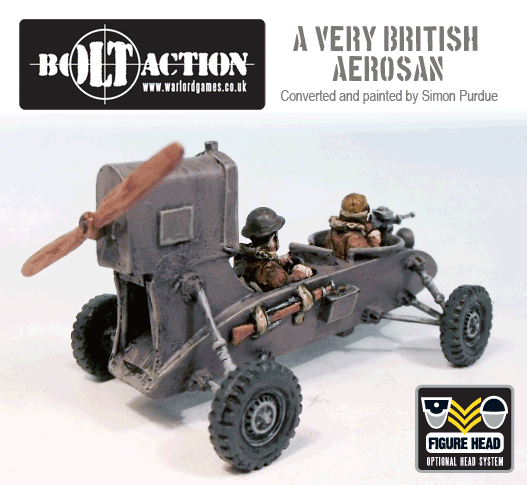 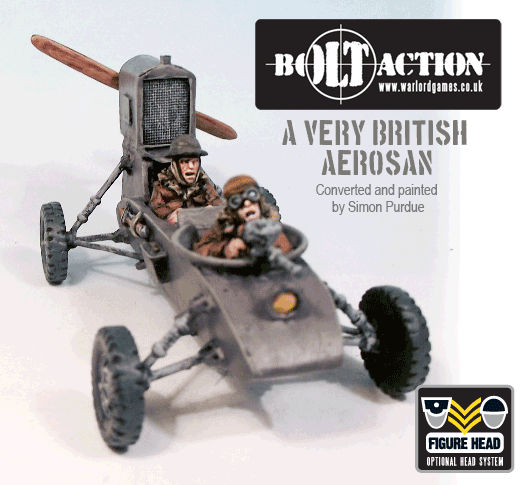 It was simplicity itself to convert – I the skis were replaced with wheels. Apart from the cfrew changes all  the remaining Aerosan components were used. The addition of a couple of rifles and a tin hat slung on the side of the vehicle added a little more British flavour to the beast.
Simon replaced the original Russian heads with the head from Mutton Chop Miniatures‘ “Croydon Crusher” rider for the gunner, and a BEF/Bolt Action tank crew head for the driver. 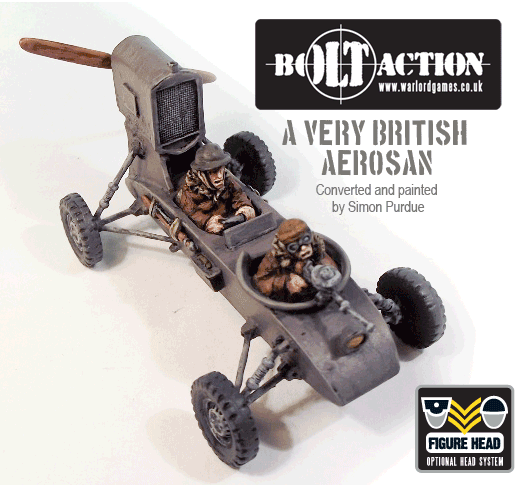 All in all a very simple conversion from what Simon found a really nice kit to start with. He is already suggesting many more variants hitting VBCW tables in the near future.
One very nice comment from Simon was that  “regarding the kit, it was wonderfully easy to put together – possibly the easiest 1/56 model I’ve built”.  Always nice to hear!

Perhaps you’d like an Aerosan for your games – be they set in the alternative timeline of the British Civil Wars or the Russian snows as it was intended, click through here to grab one.