Beyond the Gates of Antares, terrain

Warlords Dave Lawrence has been grafting away at his armies, but in between these long… term projects he’s managed to fit in a bit of terrain building: 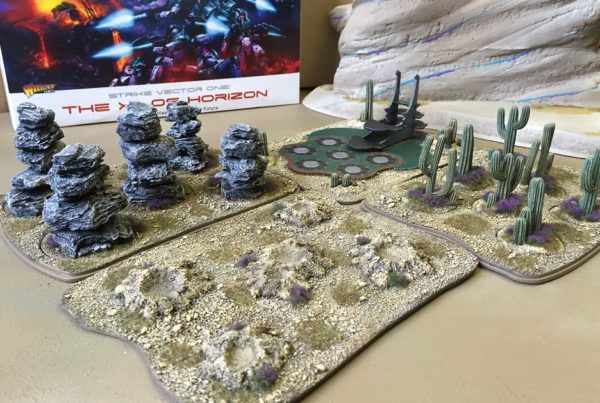 Dave: Since GoA has been released, instead of painting up my Algoryn force, I have instead been busy putting some Area Terrain together, inspired by the Terrain section of the rulebook. I decided to theme the terrain on the way I have started basing my Algoryn, which is a desert theme.

To start, I bought some mdf terrain trays that are about 8” by 6”. 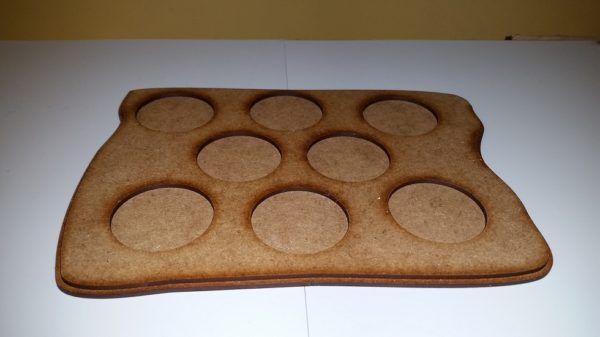 The first piece of terrain I wanted to build was:

I used a pack of our Shell holes and craters, which I glued to the tray. I then glued sand to the rest of the tray. 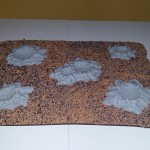 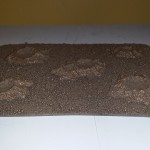 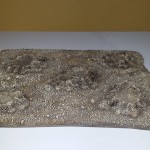 Once dry, I undercoated the tray brown before drybrushing up in three stages. The first stage used Warpaints Desert Yellow. The second stage was a mix of Desert Yellow and Skeleton Bone. The final stage was Skeleton Bone. I did not worry about getting an even finish with the drybrushing, I found that a patchy effect made it look more realistic. To finish the base off I added some Heather Tufts and some patches of Steppe Grass. Job done!

The second piece of terrain to build was a:

Woodland you say! In a desert! Are you bonkers! No! My Woodland was to be made using some resin Cactii I found at one of the many shows I attend with the Warlord Games sales stand. 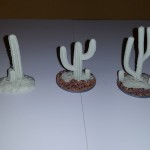 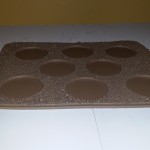 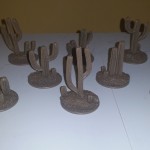 I glued my cactii to some 40mm round bases. I put them on 40mm bases because the terrain tray for these has an extra layer with some 40mm round holes cut in them. With this type of tray you can take individual cactii out to make room for larger vehicles or more troops to occupy the terrain.

I sanded and painted the tray and cactii bases in exactly the same way for the craters above. I painted the cactii Army Green, with a drybrush highlight of Desert Yellow and a Dark Tone ink wash over the top. A load of Heather Tufts were put round the cactii before adding patches of Steppe Grass.

The third piece of Terrain I have done is:

For these I have used some of our new Hoodoos. This time I have mounted them on 60mm round bases to go in a tray that has some 60mm round holes. 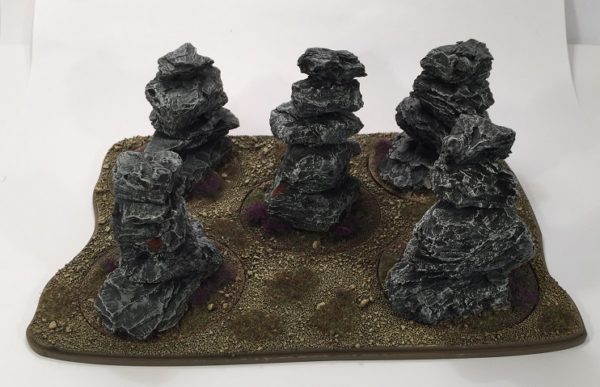 I followed the same steps as the previous pieces, although a little more care was taken while drybrushing the sand to avoid getting too much paint on the pre-painted Hoodoos.

That’s it for now, although here is a peek at the Work in progress on my Transmat Station. I have some more Terrain planned. I’m just waiting on delivery. 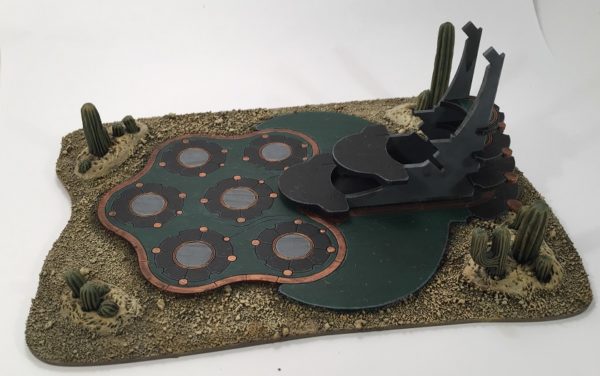 Check out more options for Antares terrain in our webstore: 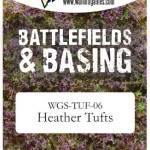 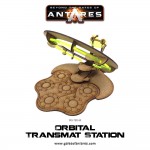 Beyond the Gates of Antares594 Scenery32