The SG-6 Trippelwagen was an unusual all-terrain amphibious car, adapted for German military use as a reconnaissance vehicle.

Hans Trippel designed the all-terrain four-wheeled drive amphibious car in 1935. His technique was to fit car mechanics into a boat hull rather than try to waterproof a car chassis. He set up a factory in Hamburg in 1936 under the patronage of Hermann Göring’s Luftwaffe. Production of a militarised vehicle for the Wehrmacht began in 1937. In 1939, a stretched version capable of carrying 16 troops went into production. From August 1940, the SG-6 was also produced by Bugatti in Alsace. It was designed for reconnaissance units.

In the game, the Trippelwagen is capable of transporting three men and comes stock with the amphibious and recce special rules. You can also upgrade it with a pintle-mounted MMG for that bit of extra firepower. 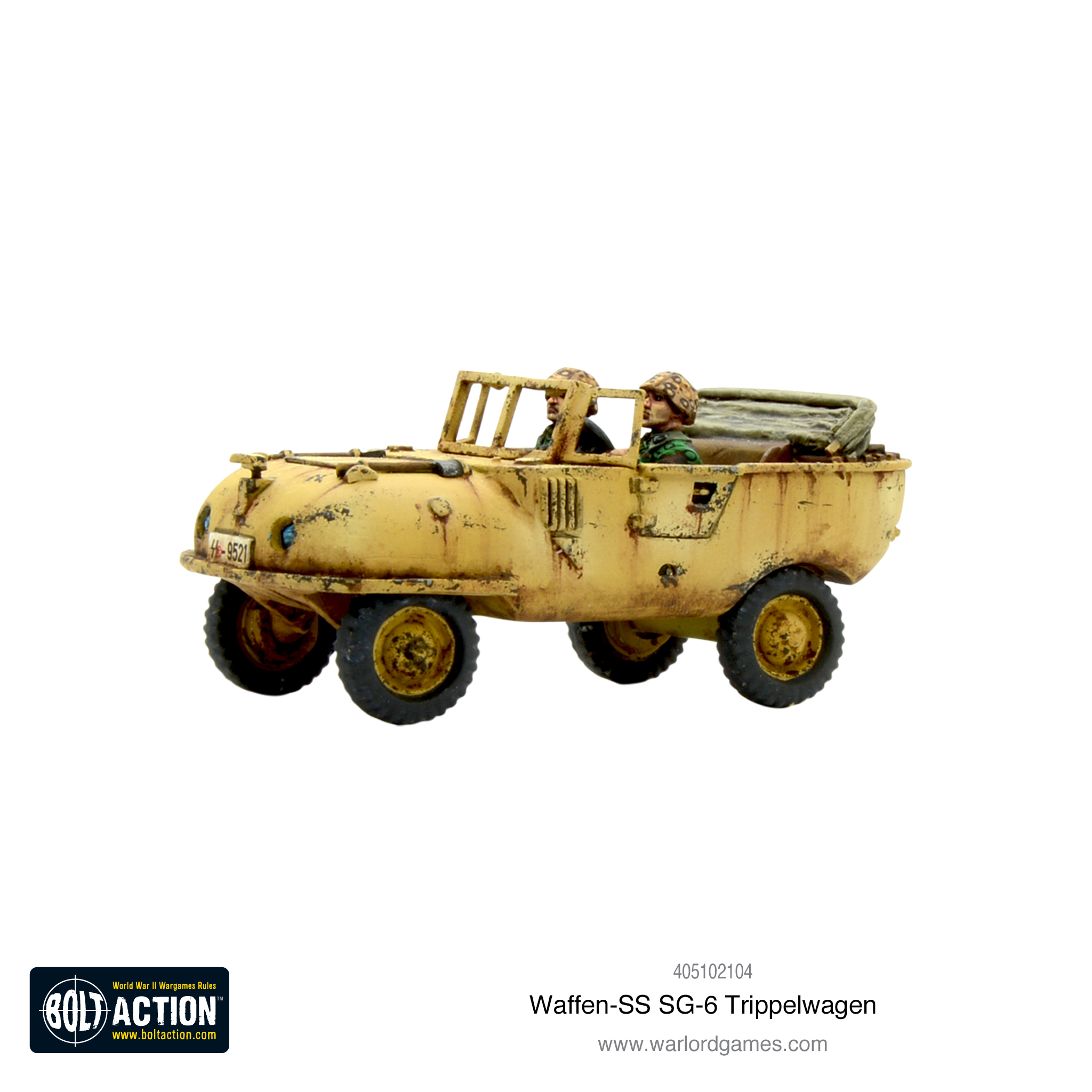 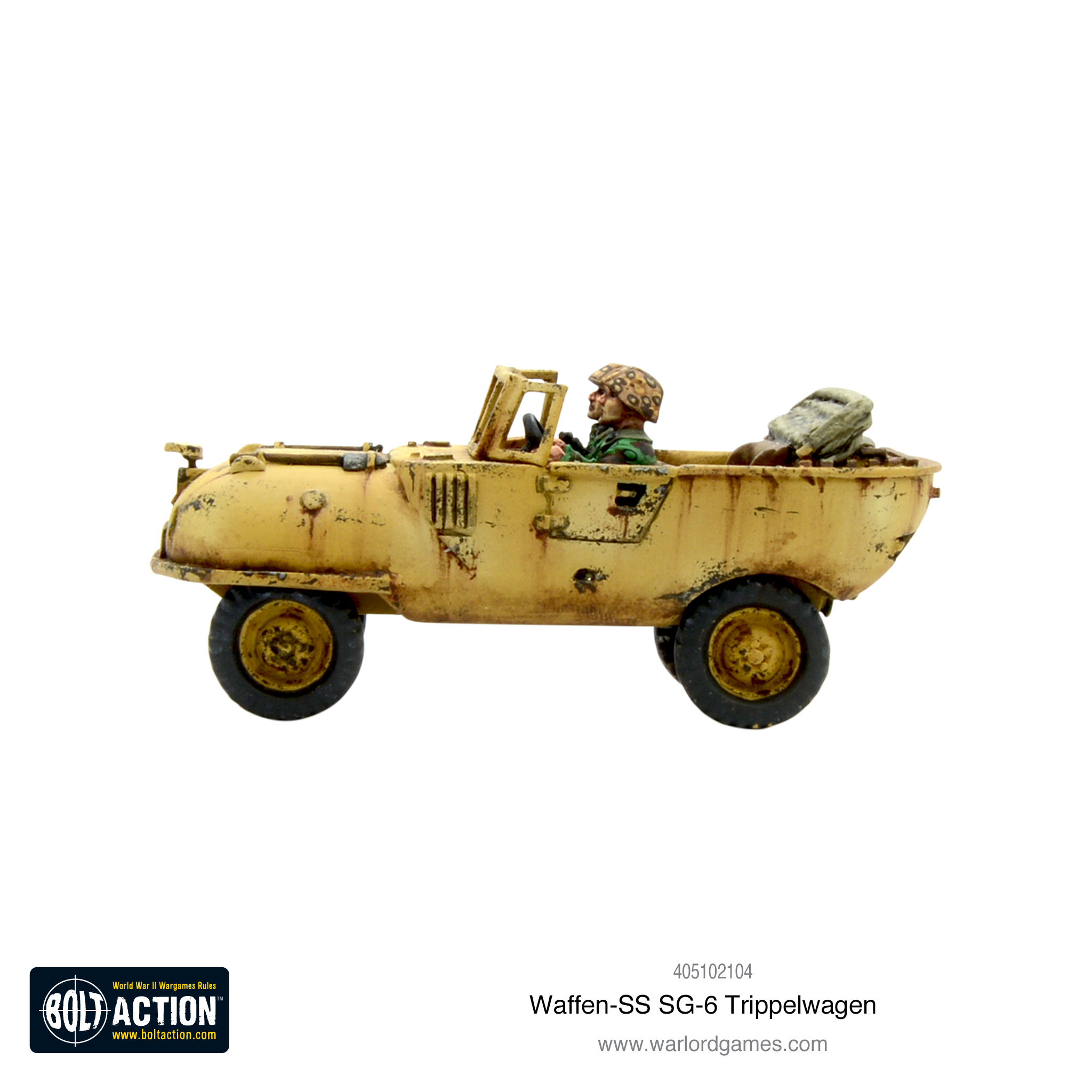 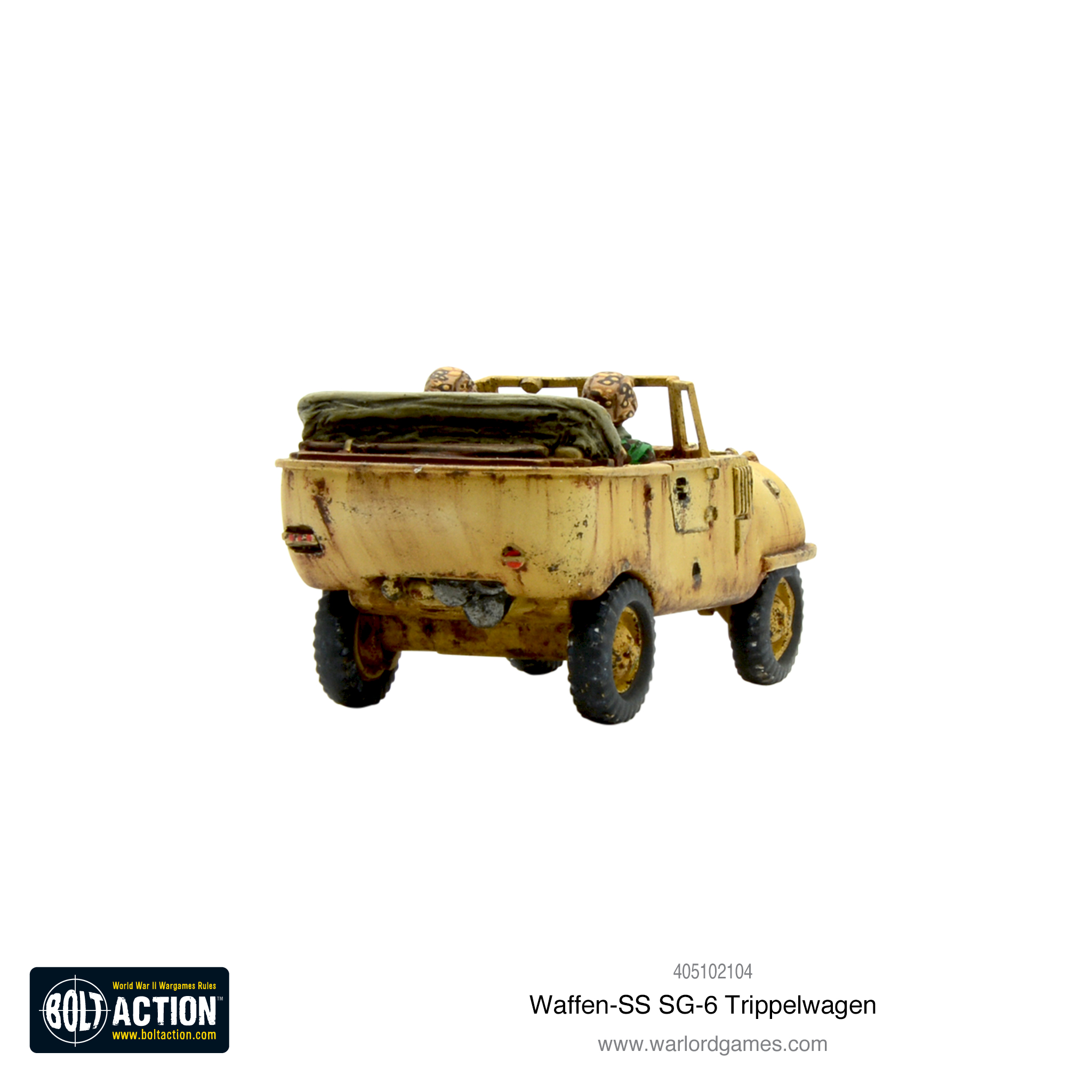 Dan can often be found contemplating the mound of unpainted minis building up under his desk. He has a tendency to roll lots of ones. He also has a tendency to complain about rolling lots of ones.
View Profile | View all posts by Dan Hewitson
Blood Red Skies: Vallejo Paints Sets US Aircraft
Black Seas: HMS Royal Sovereign