HMS Royal Sovereign was the flagship of Admiral Collingwood at the Battle of Trafalgar. The illustrious vessel sails into Black Seas.

HMS Royal Sovereign was a 1st Rate Ship-of-the-Line of the Royal Navy, bearing 100 guns. She was launched from Plymouth Dockyard in 1786 and developed somewhat of a poor reputation from her crew, supposedly dubbed “West Country Wagon” owing to poor manoeuvrability and speed.

Prior to her famous role at the Battle of Trafalgar, she participated in the battles of “The Glorious First of June” as the flagship of Vice-Admiral Thomas Graves, and was Cornwallis’ flagship in his famous retreat of 16 June 1795. In the latter battle, after a day’s pursuit, a far larger French fleet came within firing range of the entire Brtish fleet. Realising the danger to his rearguard, Cornwallis brought Royal Sovereign southwards imposing his vessel between the two fleets, using the power of the 1st rate’s broadside to dissuade the pursuing French. In doing so, he managed to delay the French long enough until the appearance of an unknown fleet spooked the French into their own retreat. 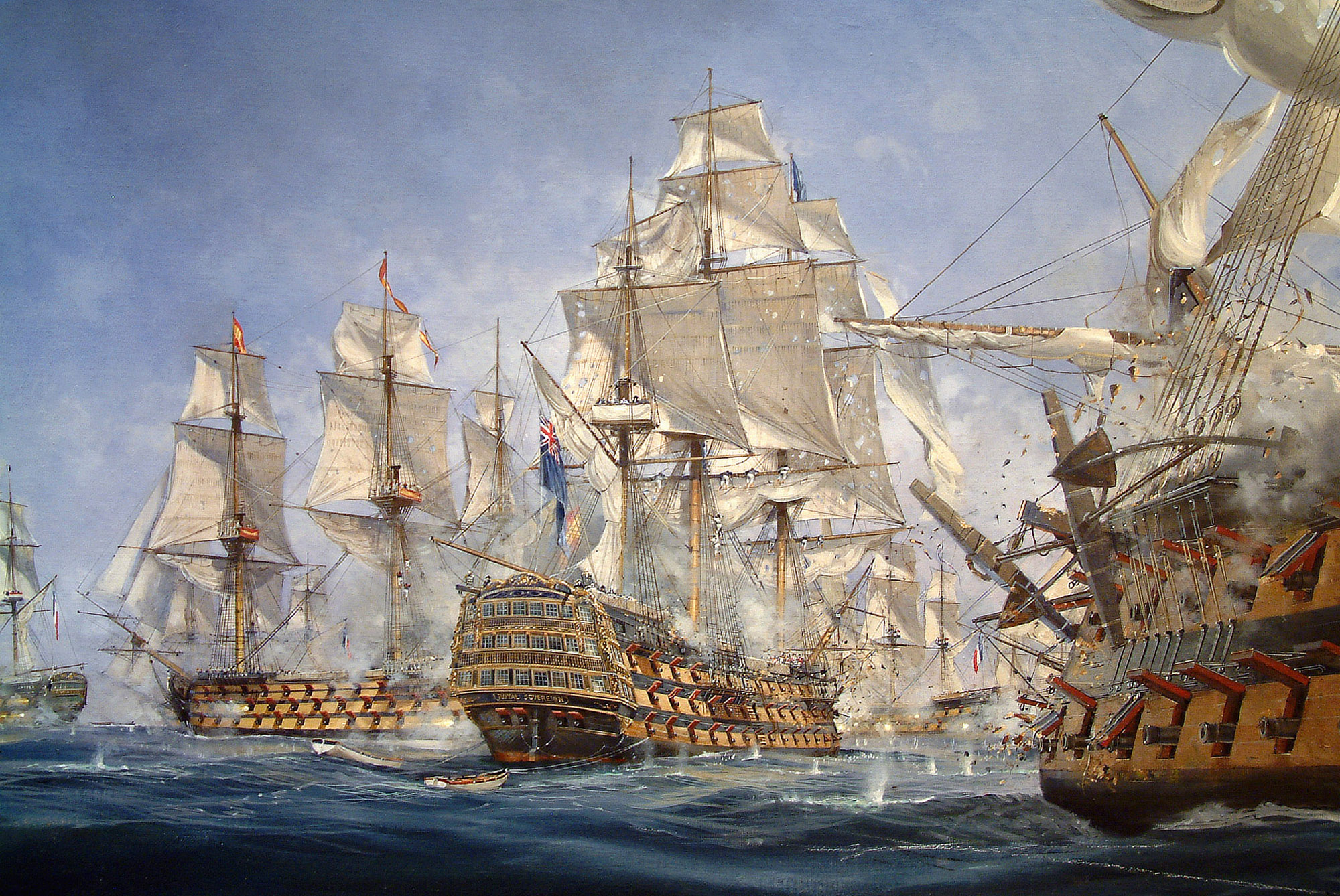 ‘See how that noble fellow Collingwood carries his ship into action!’

At Trafalgar, HMS Sovereign was the flagship of Admiral Collingwood, at the head of the Leeward line (a scenario can be found here). It was the first ship to engage in the action, breaking the Franco-Spanish Line and engaging the Spanish Santa Ana. Despite the ship’s poor reputation for speed and manoeuvrability, it proved adept in the light winds of the day, outpacing other vessels.

HMS Royal Sovereign duelled with Santa Ana for much of the battle, losing her mizzen and main masts in the process. The Spanish vessel eventually struck its colours after suffering over 200 casualties. HMS Euryalus was forced to take the Royal Sovereign in tow, but this still allowed the 1st Rate to support the battle with its port broadsides. Eventually, the vessel was deemed uninhabitable and Collingwood, now in command of the fleet following Nelson’s death transferred his flag to HMS Euryalus. Collingwood opted to overturn one of Nelson’s final orders to anchor the fleet, reacting to the rising storm.

Royal Sovereign would go on to serve in the blockade of Toulon and was credited with the capture of an American frigate at the outbreak of the War of 1812.

HMS Royal Sovereign is an exceptionally powerful 1st Rate in the game. Beware the brunt of her broadside, particularly if you choose to include Admiral Collingwood as a character in your fleet. His presence will allow his ship and friendly vessels near, to re-roll its initial broadside. This gives you a distinct advantage for this crucial portion of any battle. 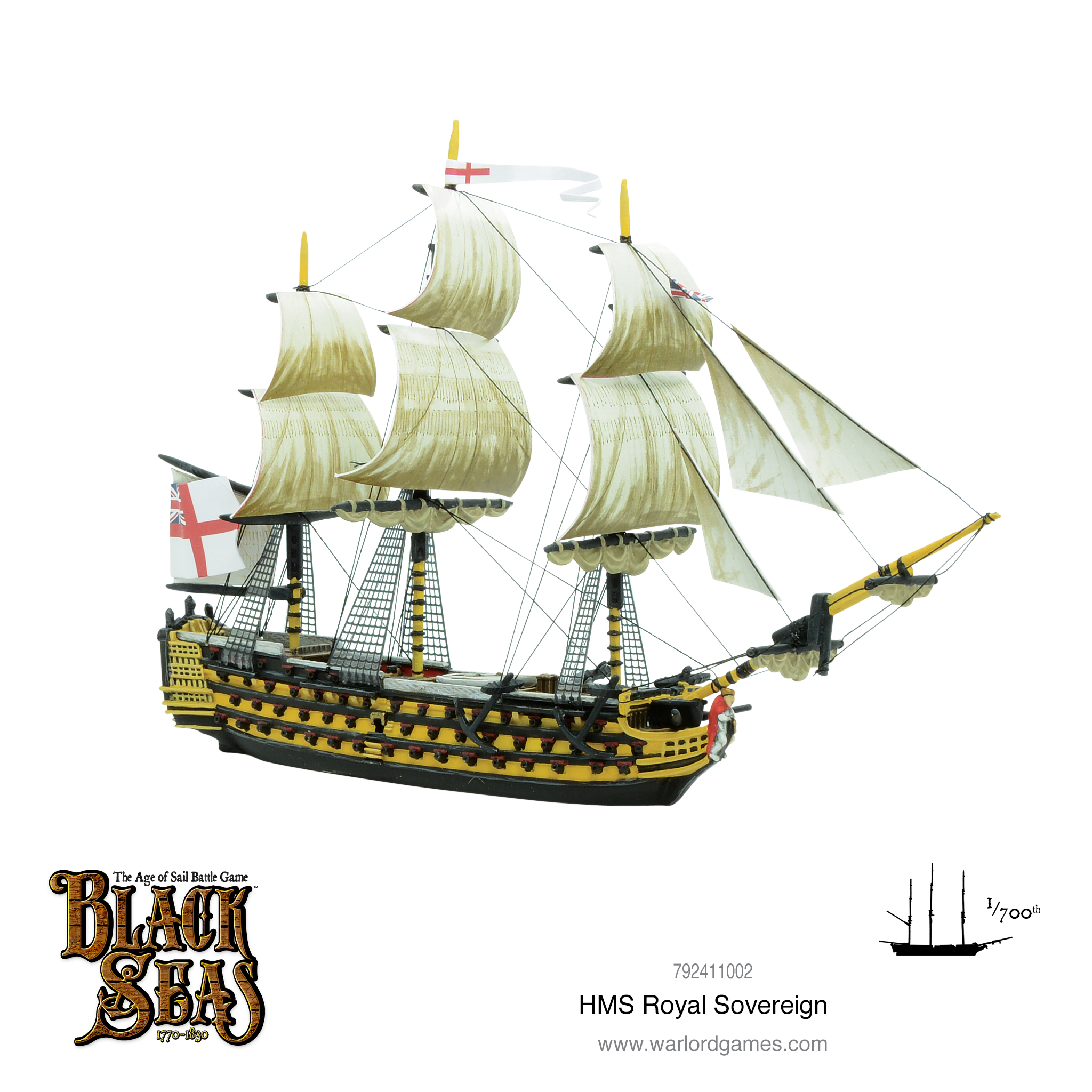 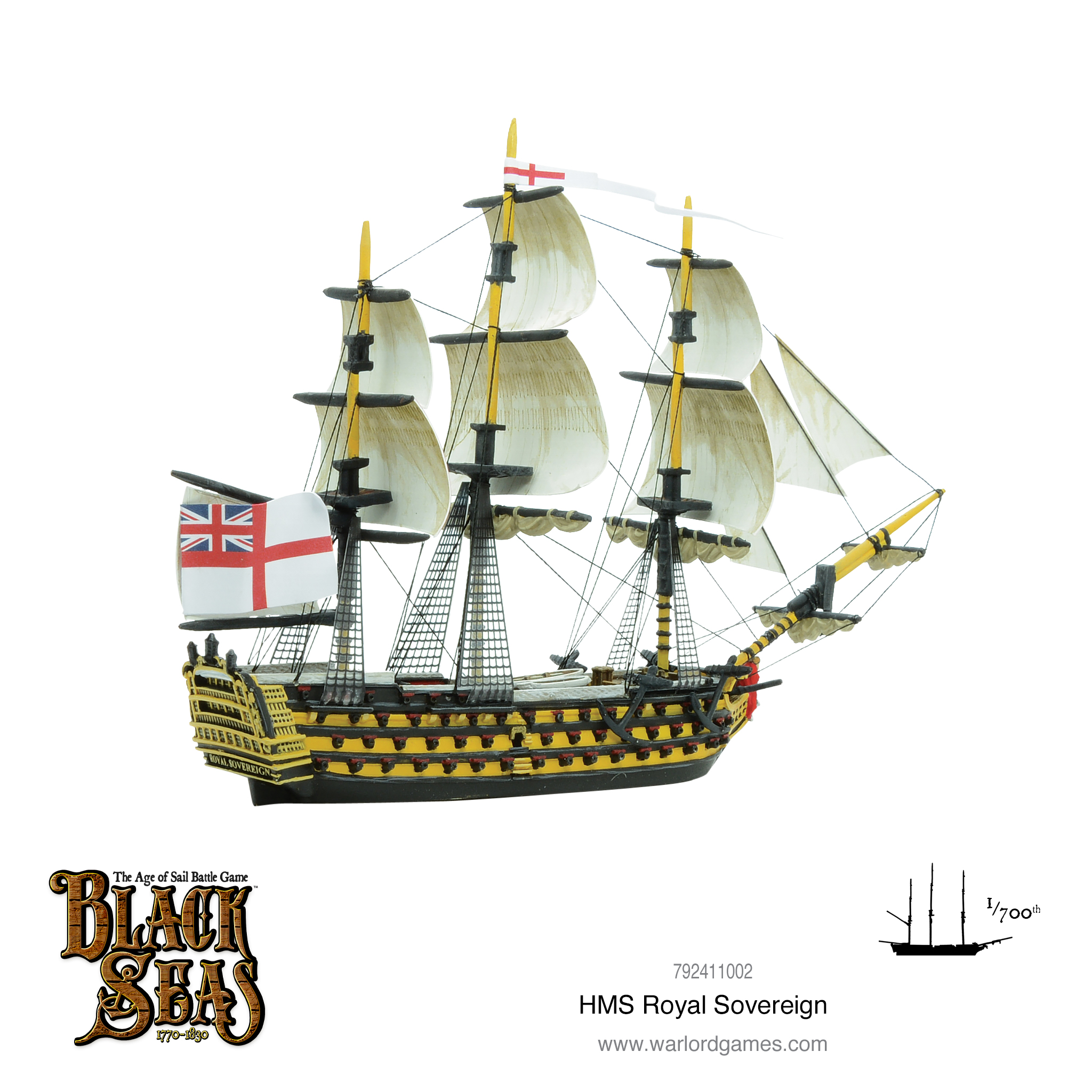 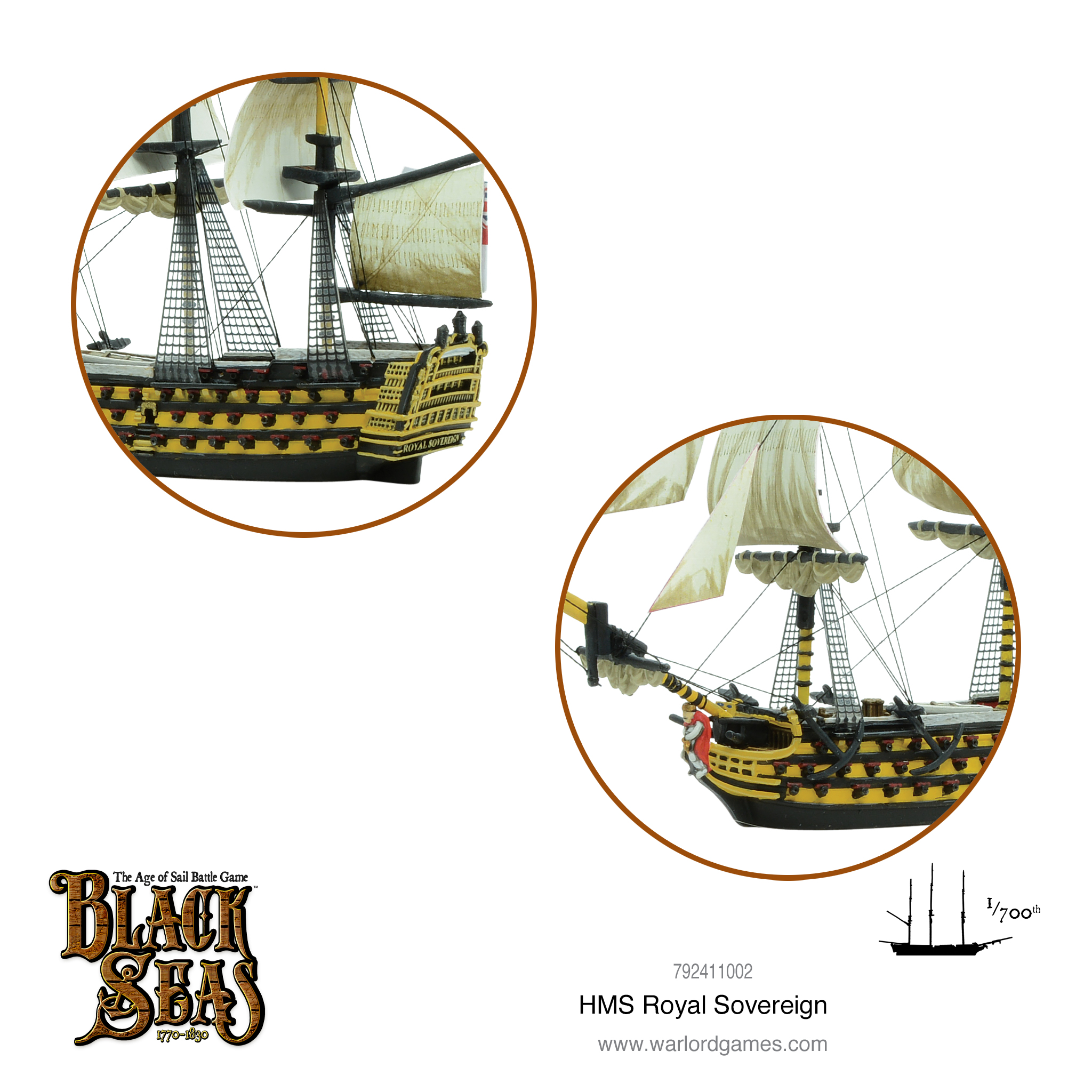 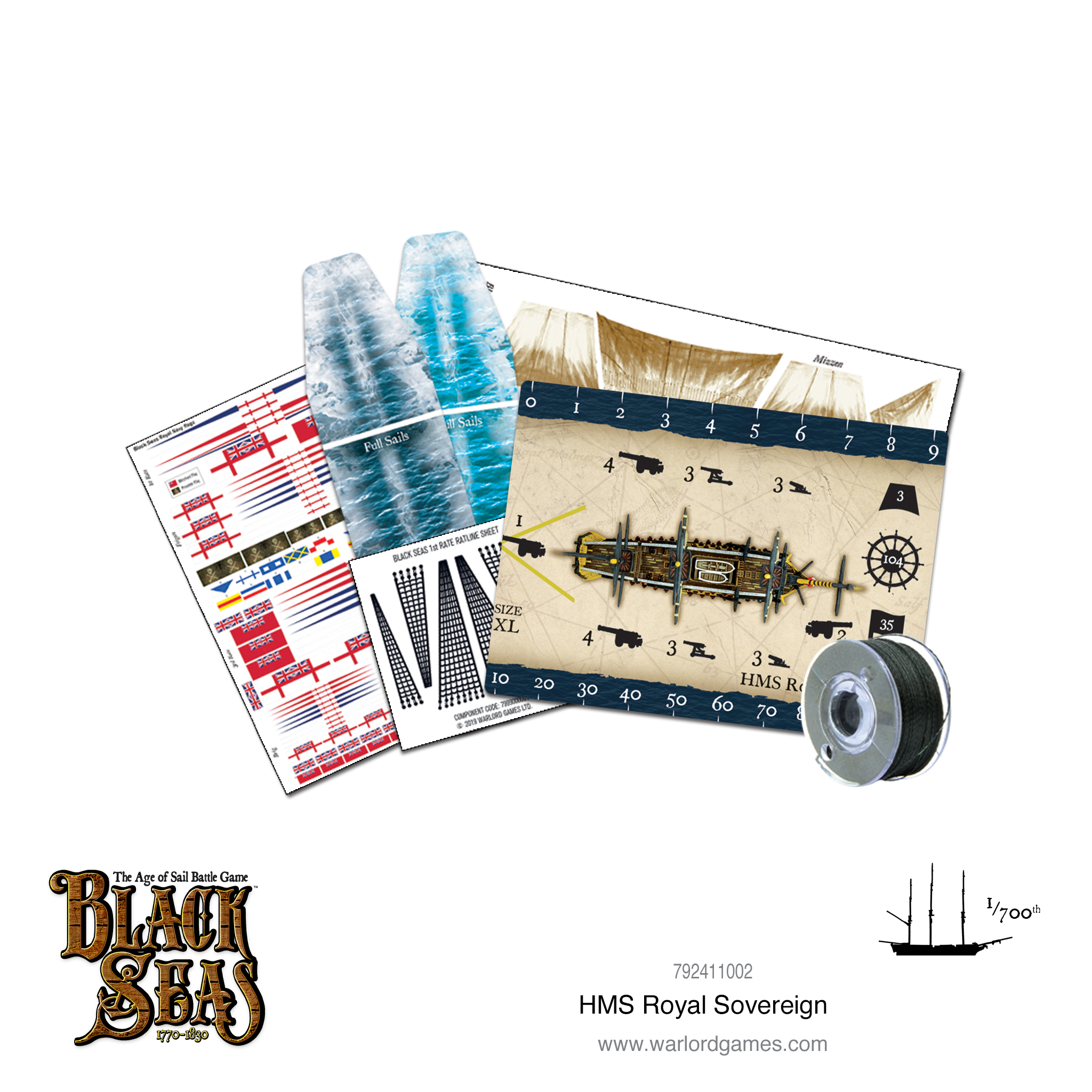 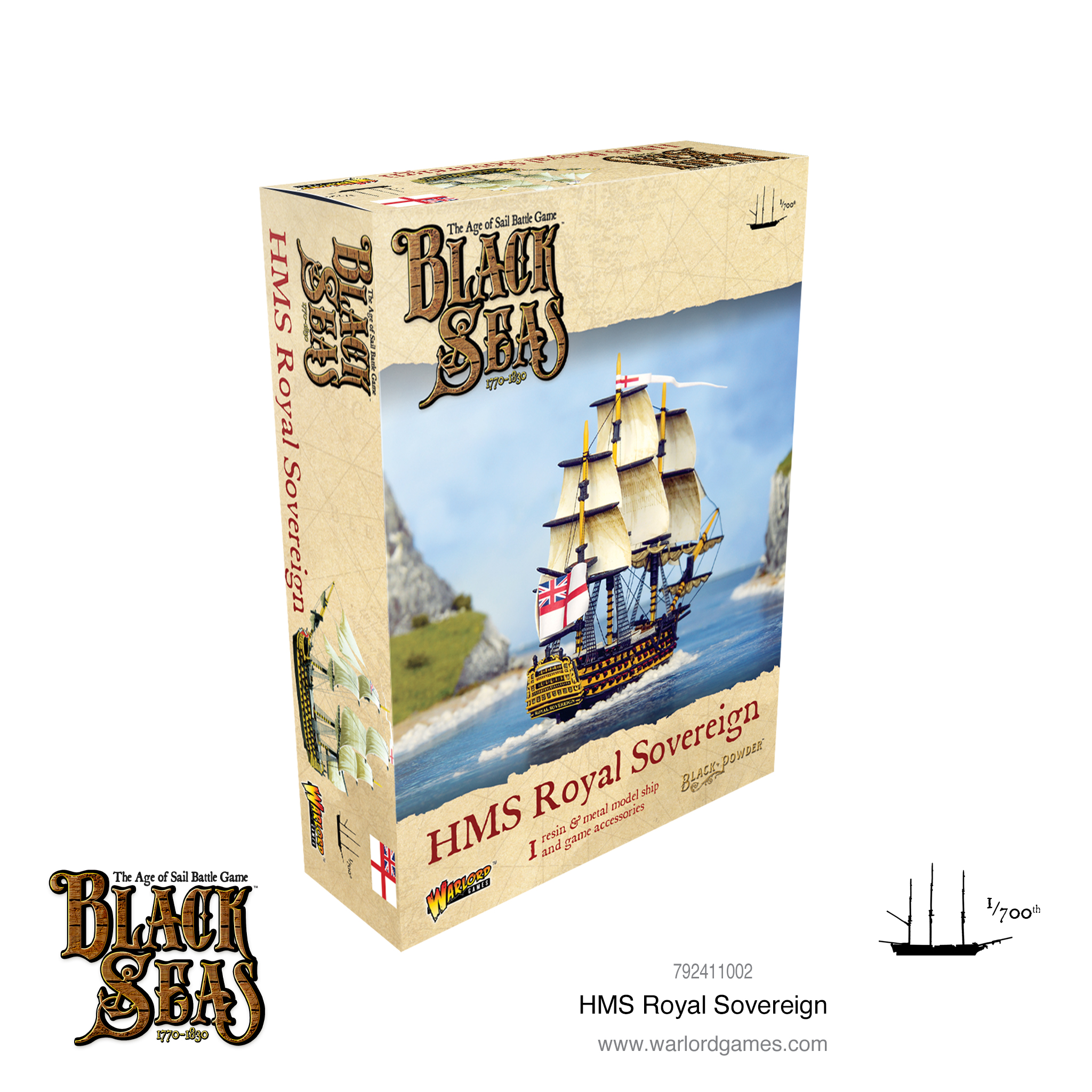 Begin or expand a Black Seas Royal Navy collection with the Royal Navy fleet and HMS Victory, probably the most famous military vessel of all time. 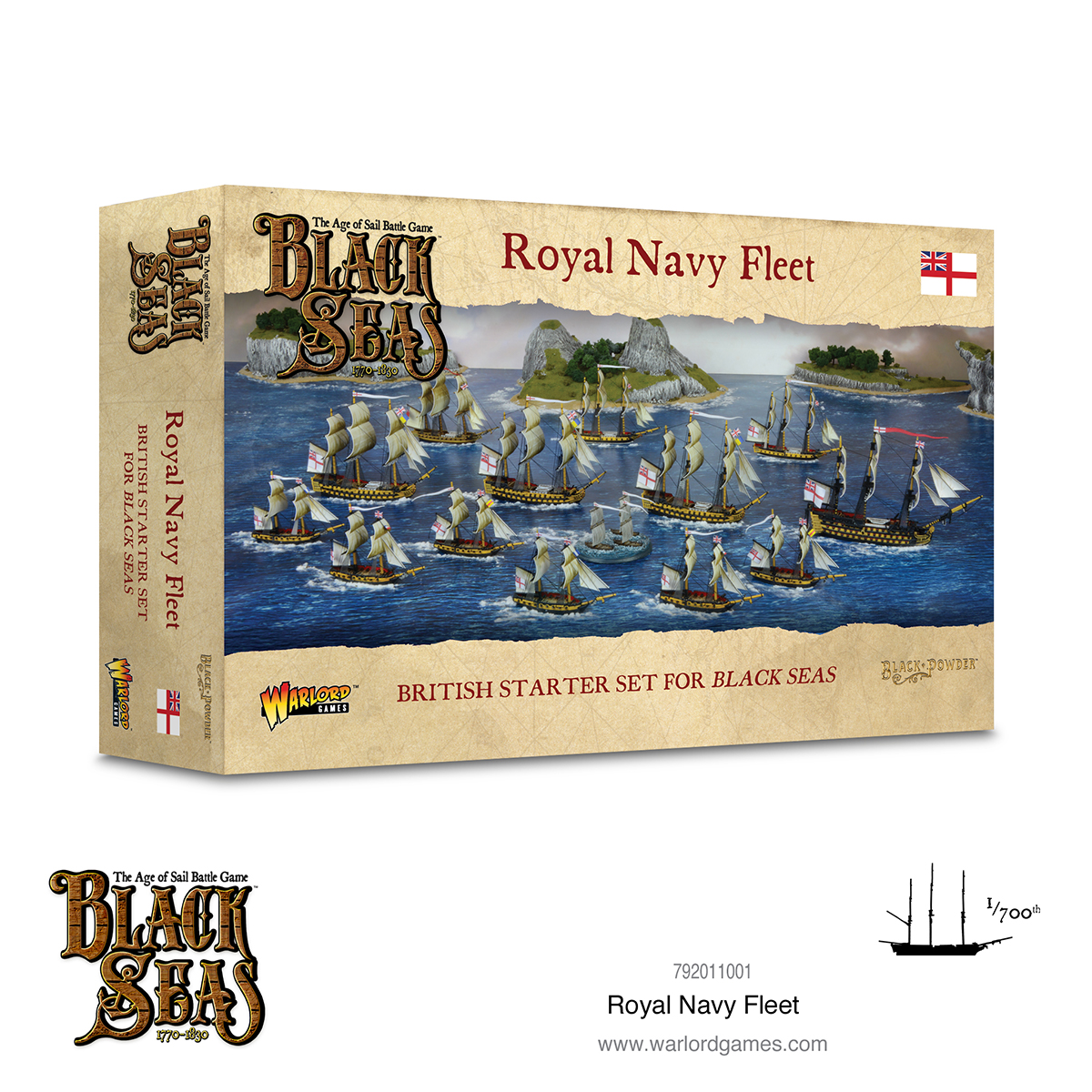 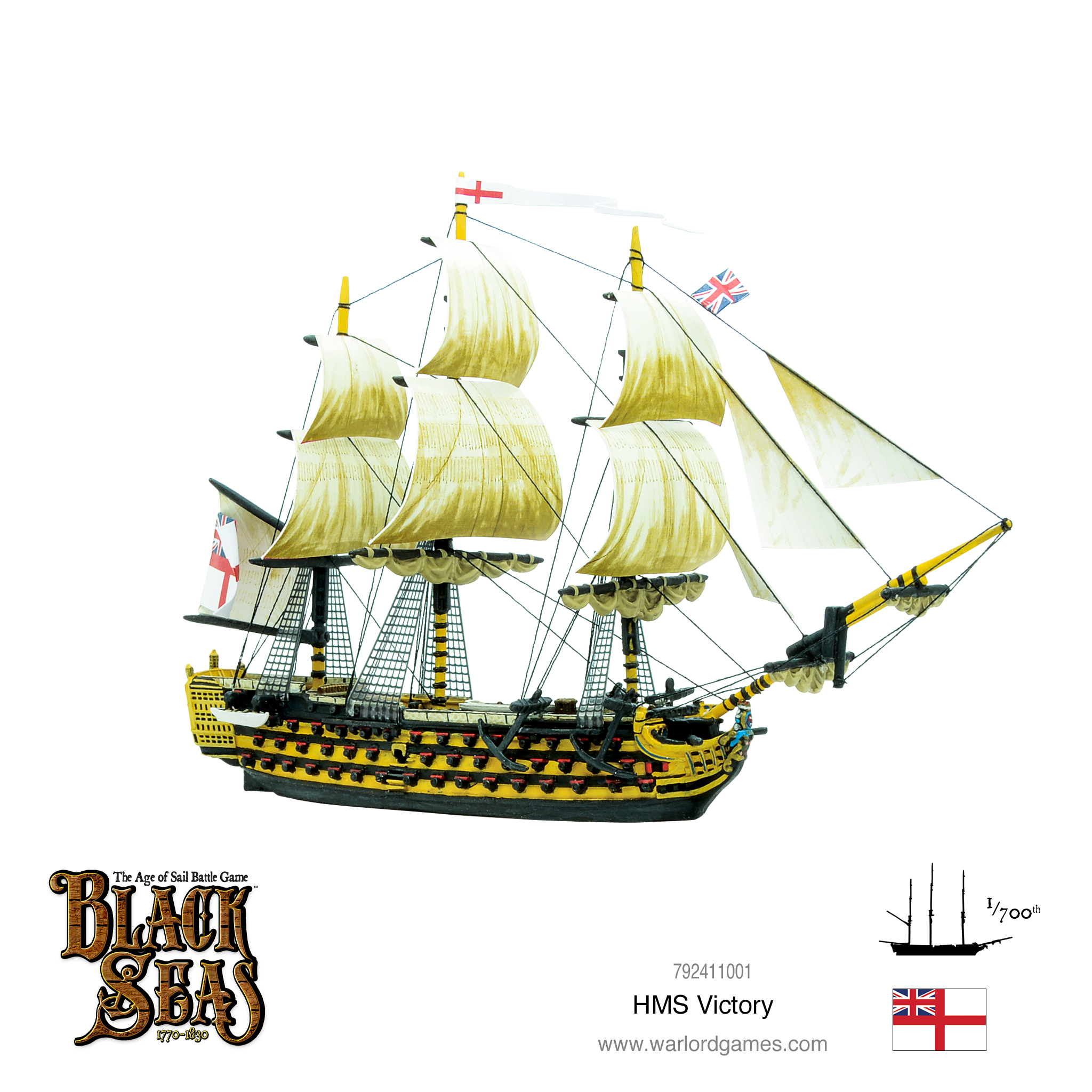 Dan can often be found contemplating the mound of unpainted minis building up under his desk. He has a tendency to roll lots of ones. He also has a tendency to complain about rolling lots of ones.
View Profile | View all posts by Dan Hewitson
Bolt Action: Waffen-SS SG-6 Trippelwagen
Black Seas: USS Constitution