New from Sarissa Precision, the Martello Tower. This simple to construct structure not only looks great on the table but is a powerful fortification in Black Seas. 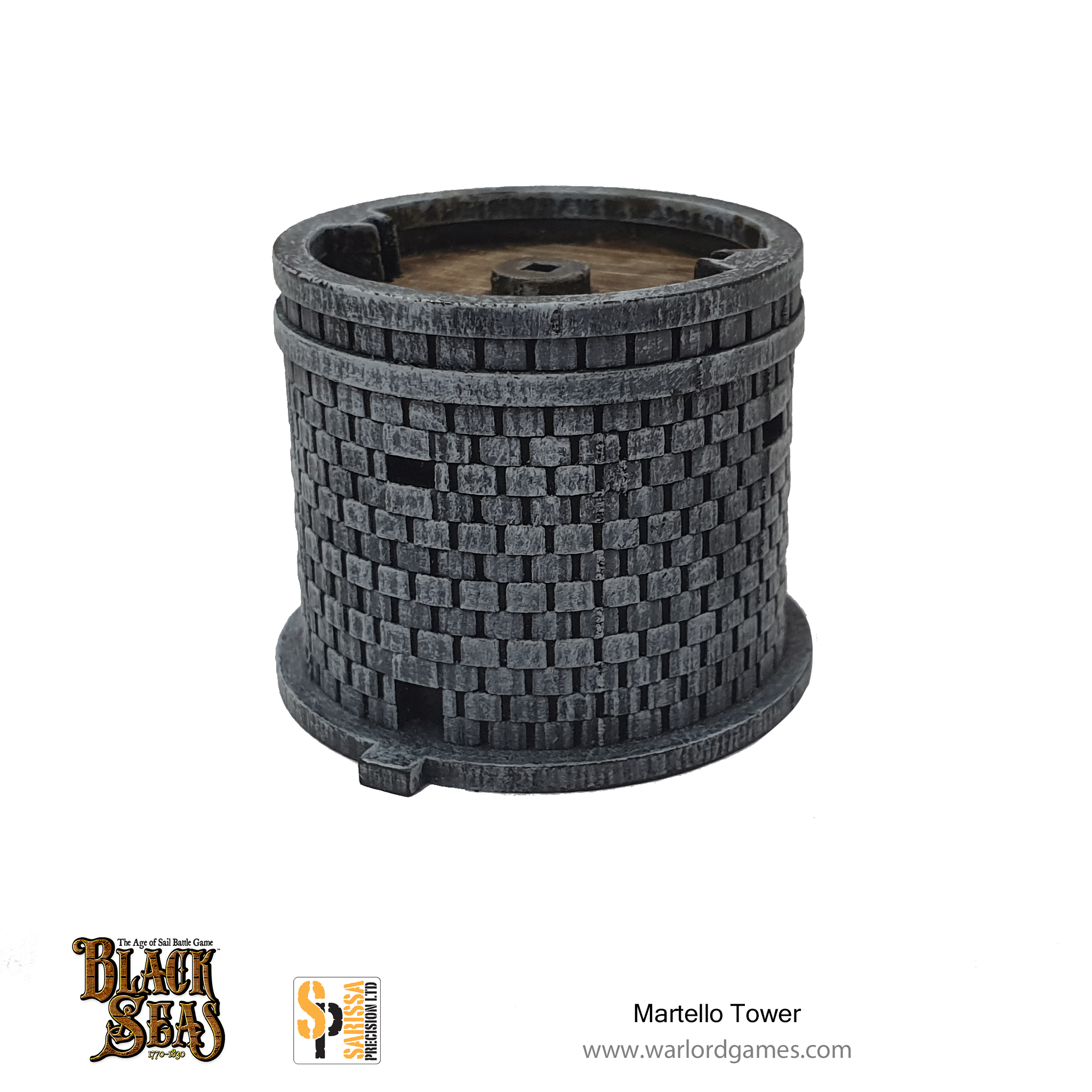 Martello towers are small defensive forts that were first built during the French Revolutionary Wars across the British Empire. Standing roughly 40 feet high, they each harboured a garrison of a single officer and between 15 and 25 men. Because they were constructed as round structures, they proved resistant to cannon fire, and their flat roof was ideally suited for a single artillery piece with a 360° arc of fire.

The Tower’s design was inspired by a particular round fortress which was part of a Genoese defence system, situated at Mortella Point in Corsica, built in 1565. In 1794, as part of the siege of Saint-Florent, two British ships, the HMS Fortitude and HMS Juno unsuccessfully attacked the fortress. It eventually succumbed to a land-based assault after two days of fierce fighting. Impressed by the Tower’s resilience, the British copied its design. Martello is a misspelling of the original Mortella, which translates to ‘hammer’ in Italian.

Martello Towers were situated across the British coastline – which numbered around 140 in total. Other governments such as Australia, Canada, Menorca and South Africa aped the British model. The towers were doomed to become obsolete as the 19th century wore on, with the development of more powerful rifled artillery weaponry. 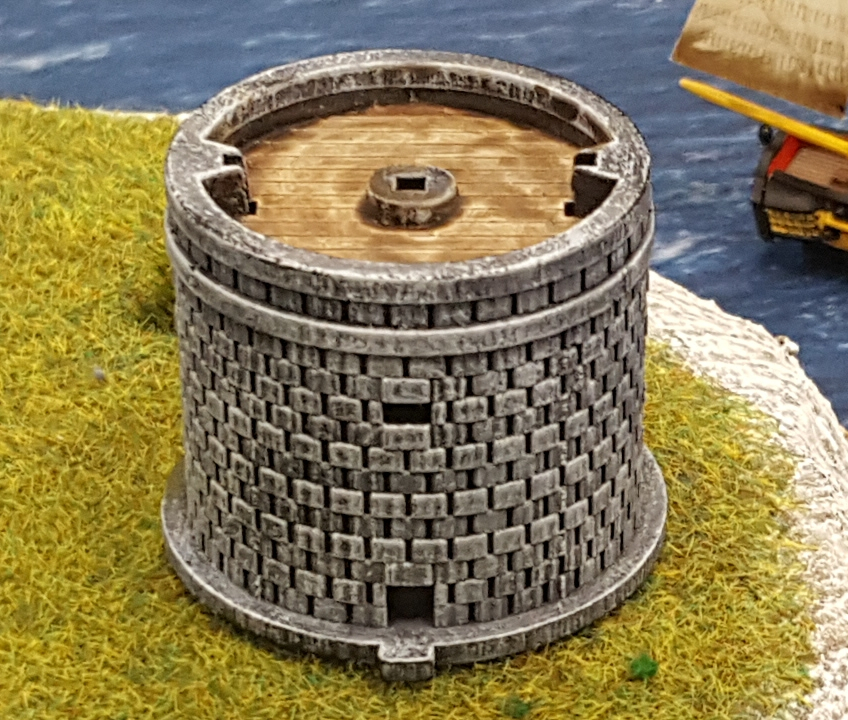 The presence of a Martello Tower was a formidable obstacle for smugglers and pirates of the era. Best avoided at all costs!

Black Seas allows you not only to recreate naval battle on the high seas but also conduct actions off the coast, including landing expeditions. To this end, as well as fleets, players are also able to purchase land fortifications. In fact, this is a crucial component of scenario 10, Capture the Fort (page 47), which sees two fleets compete to take a strategically important Martello Tower.

A Martello Tower is a large target and is armed similarly to a small third rate in the game. It benefits greatly from a 360° arc of fire and like all land fortifications, gets bonuses in both range and accuracy. Games featuring Martello Towers can make for some highly thematic and narratively rich games.

Begin your seafaring adventures with the Black Seas starter set. As well as the physical copy of the rulebook, you’ll receive a selection of brigs and frigates; giving you the makings of a fine fleet. Whatsmore, the miniatures can be used to represent vessels of any nation.

Dan can often be found contemplating the mound of unpainted minis building up under his desk. He has a tendency to roll lots of ones. He also has a tendency to complain about rolling lots of ones.
View Profile | View all posts by Dan Hewitson
Wargames Illustrated WI385 November Edition
Judge Dredd: Pre-Order MEGA Launch Deals