We’re focusing on a key battle from the American War of Independence – climb Bunker Hill and help secure Boston Harbour for the Crown! 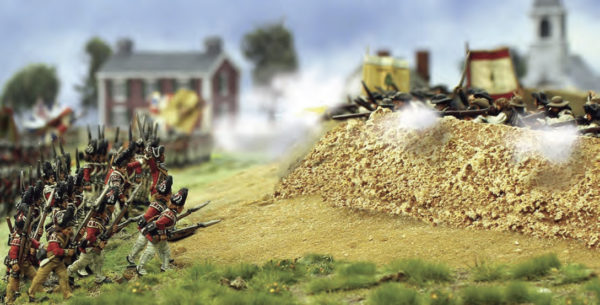 The rebel army surrounding Boston pre-empted General Gage’s plan to seize the Charlestown peninsula. Waking on the 16th of June to the ominous sight of fortifications being constructed atop Breed’s and Bunker hills Gage was left with no option but to drive off the impertinent militia. 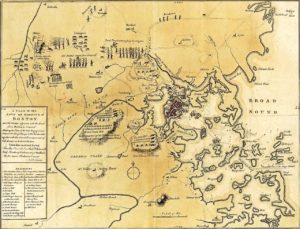 A 1775 map of Boston harbour and the surrounding area.

An amphibious operation was planned and commanded by the newly arrived Major-General William Howe, battalion after battalion of the Boston garrison being ferried across the river to form up in front of the hills.

The British army that assaulted the rebel defences on the Charlestown peninsula was composed of regular battalions who acted with great courage, but their performance fell woefully short of their commanders’ expectations. This was compounded by an underestimation of the ability and tenacity of the defenders. The Royal Artillery did include a contingent of 6-pounder guns, but these had been issued with 12- pounder ammunition and played little role in the battle.

Details of the rebel army defending the Charlestown peninsula are sparse. The majority of the troops were members of the Massachusetts militia, however, in many cases, these were multiple small detachments rather than entire regiments. In support of the Massachusetts men were militia regiments from Connecticut and New Hampshire.

The motivation of the militia was variable, but by the time of the British attack, the less reliable men had already run away; what remained was a core of highly capable soldiers, including many veterans of the
French and Indian War. These troops were able to stand firm and deliver devastating musket and rifle fire, particularly when protected by the defences they had constructed. The weakness of the militia was its lack of bayonets and ultimately they could not hold up in hand-to-hand combat.

“Don’t fire until you see the whites of their eyes!” William Prescott at Bunker Hill

The British hoped to achieve a rapid victory in an early version of “Shock and Awe”, however, they were to be sorely tested by a tenacious defence that ripped the attacking battalions apart. Eventually, the rebels, running short of ammunition, withdrew from the Charlestown peninsula, but the myth of British invulnerability, dented at Concord, had now been destroyed. 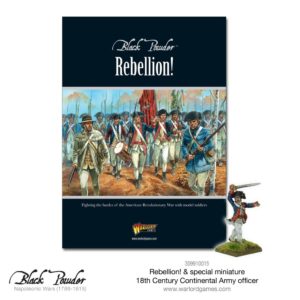 You can find tonnes of background for both Bunker Hill and the American War of Independence in the Rebellion! supplement for Black Powder.

The scenario contains a full order of battle, special rules and terrain layouts, allowing you to accurately refight the battle.

By picking up one of the fantastic American War of Independence starter armies, you’ll get plenty of infantry and artillery, along with additional units like Hessian mercenaries or Woodland Indians. 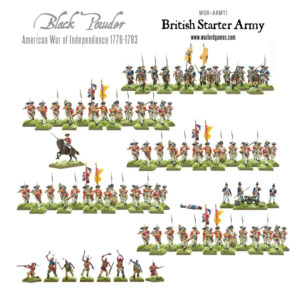 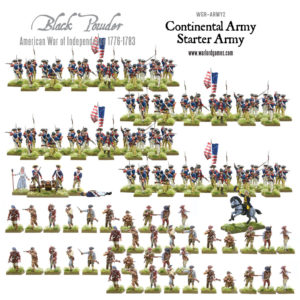 Add one of these fantastic plastic sets to your American War of Independence army! 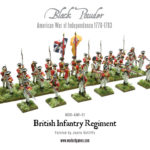 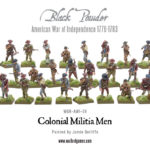 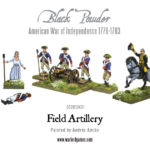 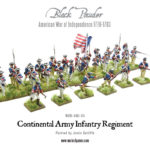 Tom spends most of his time buying books and painting miniatures. He enjoys putting animals on the bases of his miniatures and half-finishing side projects. Some say that he lives in a tower on top of some windswept northern hill with his wife and cow-patterned cat, Spaghetti.
View Profile | View all posts by Tom Mecredy
Bolt Action: The 8th Army
Army Spotlight: Rick Priestley’s Soviets