Beyond the Gates of Antares: 3-Way Battle Report – Part Two

Welcome to part 2 of the 3 player battle report of Beyond the Gates of Antares. The fight intensifies as the Algoryn army and the Boromite horde surround the compound – can the Concord hang on?

With the NuHu commander dead, and casualties piling up on every front, it’s all to play for as we try and claim as many victory points as we can. 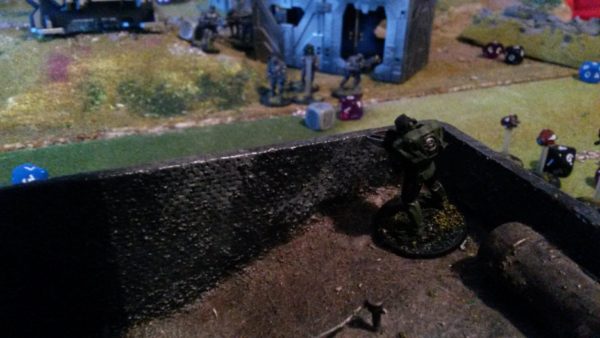 Turn 4
The Algoryn fire upon the nearest Concord plasma light support drone, severely damaging it and making its weapon jam! The second C3 plasma drone, sensing its comrade’s malfunction, promptly opens up and kills one of the Algoryn AI troopers. Meanwhile the Boromite Work Gang manage to slay another two AI from the squad nearest the compound, leaving a lone survivor. 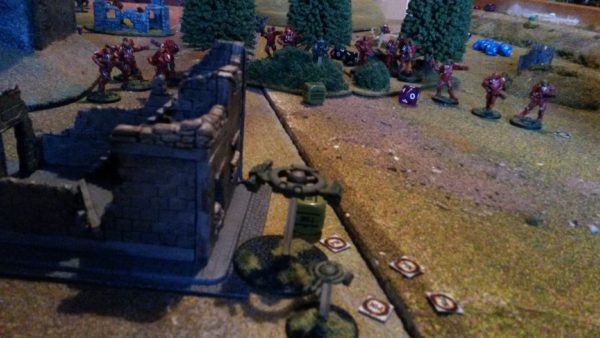 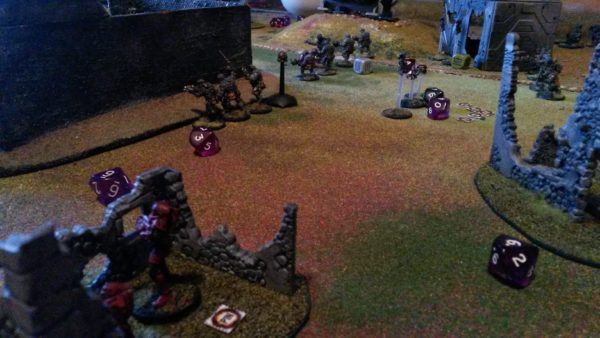 The Algoryn, attempting to contest the objective with the C3 huddled inside, move up another squad of infantry closer to the objective. The lone surviving Algoryn opted to charge toward the objective, the Concord gunning him down mercilessly!

The second Work Gang squad aimed their mass compacters at the C3 taking shelter in the compound walls. The powerful cannons fired and went straight through the meagre cover, obliterating three C3 squad members and sending the remaining squad members fleeing for their lives! 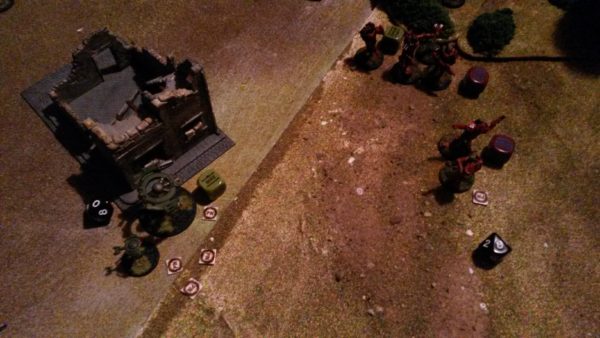 Turn 5
The Work Gang were activated once more, this time firing at the plasma cannon in front of them, with one lucky shot hitting and penetrating the armour, causing the floating cannon to explode! The Infiltrators were gunned down by the combined fire of two Boromite worker squads, whilst the working C3 light plasma drone managed to kill a Algoryn infantryman, and the remaining C3 squad in the compound fires upon the Boromite Overseer, who had managed to move right onto the compound walls, the C3 squad simply leant over and fired point killing him and his bodyguards in one salvo! 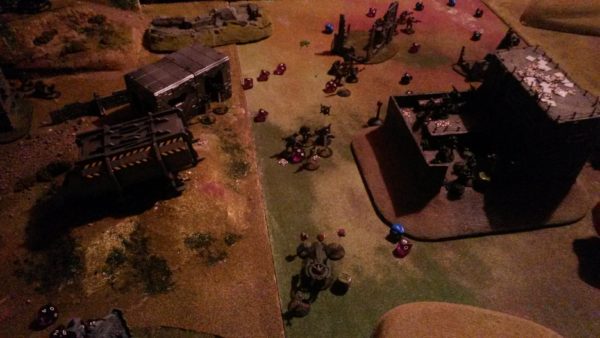 The fight for the compound had stepped up a gear, with their Overseer leader  dead the Boromites clambered for vengeance, with the Frag borer killing one C3 trooper in the compound, whilst losing one gang fighter to the C3 plasma cannon drone. The Algoryn now attempted to disrupt the C3 gathering their remaining forces in the compound, by launching a Scrambler Field round into the heart of the Concord defences, negating the armour of the C3 units.

Seeing this, the Boromites fire an X-launcher into the compound, killing one from the C3 squad, whilst the Frag borer kills another, and they promptly failed their command check, fleeing the table. This then left just the C3 Command in the compound, but with Boromites and Algoryn contesting the objective the game ended, the points totalled up and it was.. 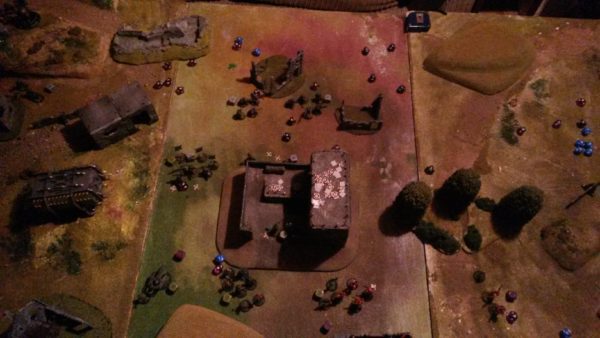 This was a close fought game, with carnage on all sides! The game plays just as well in larger games, with multiple players. The last words should go to the other players;

Chris:
“I didn’t get to spend much time with the weapons teams due to their early demise. Something similar happened to my Assault squad but at least I got to see close quarters combat against the Lavamites. I learnt two things from that engagement. Firstly, the mechanics of assaults are satisfying brutal and secondly, do not mess with Lavamites. When they assault, they are monstrously scary. I would say “kill them with fire” but that seems like it would be playing right into their creepy lava hands (if they had hands…). With the early departure of my specialist squads, I spent the bulk of my time with the Algoryn AI squads. I was pleasantly surprised with how flexible the squads were, especially once I got into the habit of using the micro X-launcher specialist ammo (mostly scrambler and arc shots) I realised how devastating these guys could be.“

Jack:
“My Boromite Work Gangs and Heavy Frag Borer were the units of choice for me, the Mass Compacters ability to ignore cover proved to be devastating to one unfortunate C3 Squad. The incident with the Lavamites has to be my favourite, as it just goes to show how horrific the unit can be in combat! Those pesky targeter drones caused havoc with some of my units, the enemy drones giving the enemy increased chances to hit, this made me deal with them when I could have been using the shots more effectively elsewhere on the battlefield. Overall a fun and hard fought game, with lessons learned on all sides!” 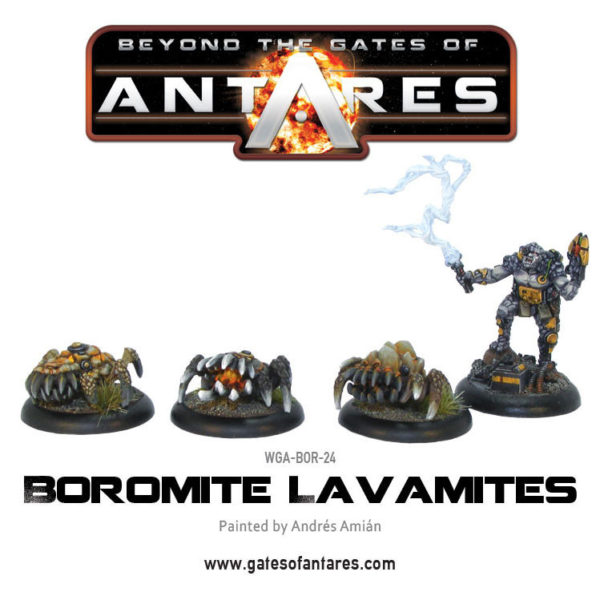 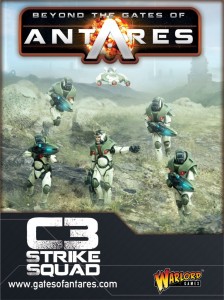 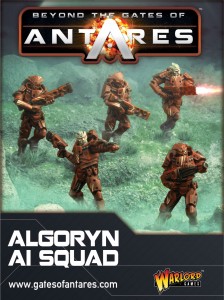 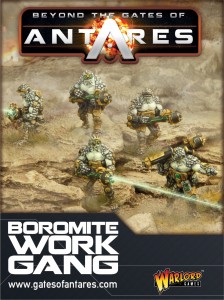 View Profile | View all posts by RichC
Terrain – Your Battlefield Needs You!
Wargaming Market Garden and the Battle for Arnhem Pt.2