Neil of Troop of Shewe was kind enough to send us along some excellent pictures of his amazingly well-painted Bolt Action Allied models. Suffice to say we had to show you all these superb models too!

Not content with stunning paintjobs Neil has also converting many of the models by adding stowage and applying some fatastic mud and weathering effects. We’ll be explaining how Neil does that in the near future.

First off we have some of Monty’s boys from dear old Blighty (could also be used for our glorious Canadian cousins too). 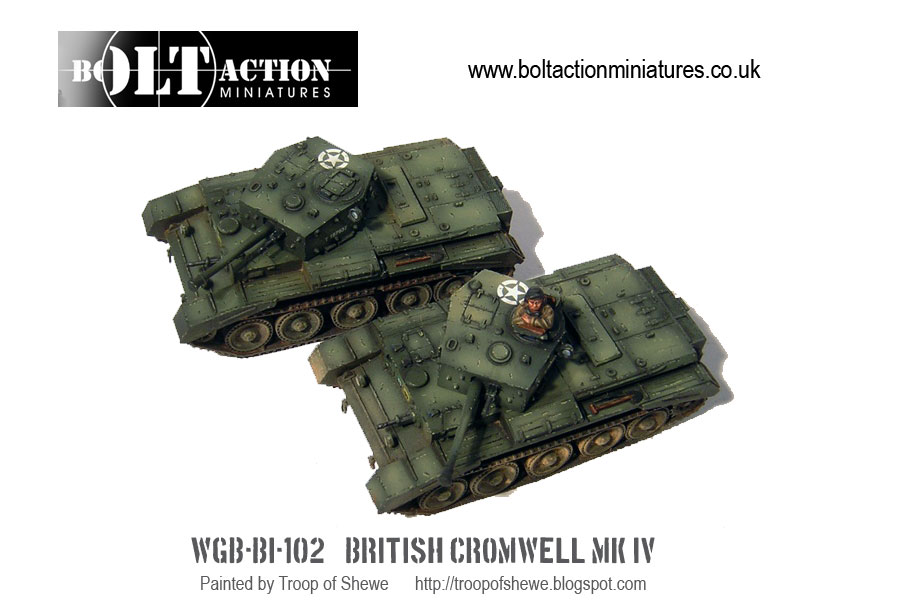 Note that Neil has added passengers from our two Universal carrier crew packs to give even more variety to his models. The dried on mud effect on the Cromwell wheels is deliciously done… 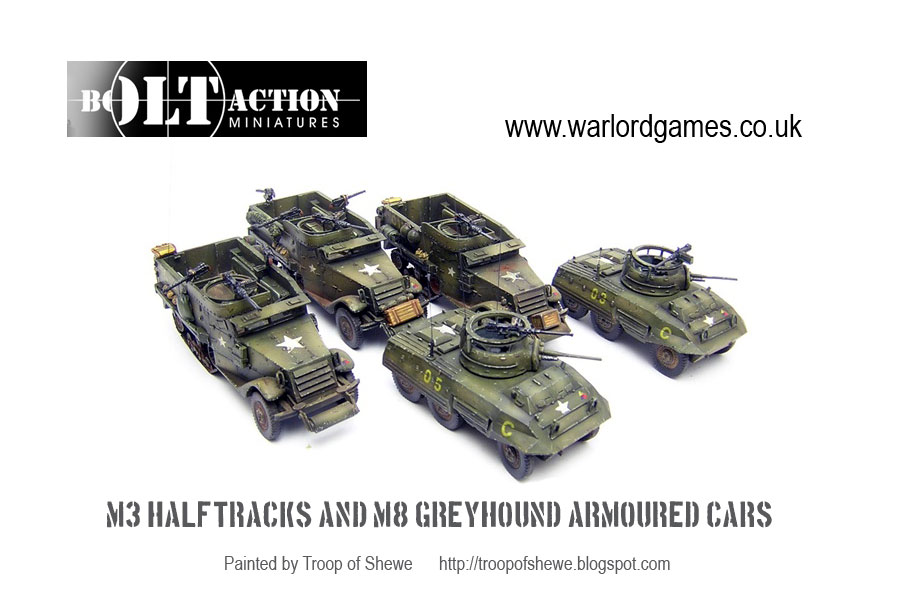 The rust affect Neil has used for the tracks on the M3 really gives the model a new dimension.  Whilst Neil has painted for these as US Army the M3 halftracks were in wide use in British, Canadian and Soviet armies under the lend-lease agreement. Made under licence they were known as M5 Halftracks although there were no external differences between the two variants – just a different engine and drive train.

Don’t you just hate people with this amount of talent? He hasn’t even got the decency to be a git to balance things up – he’s a lovely chap too! 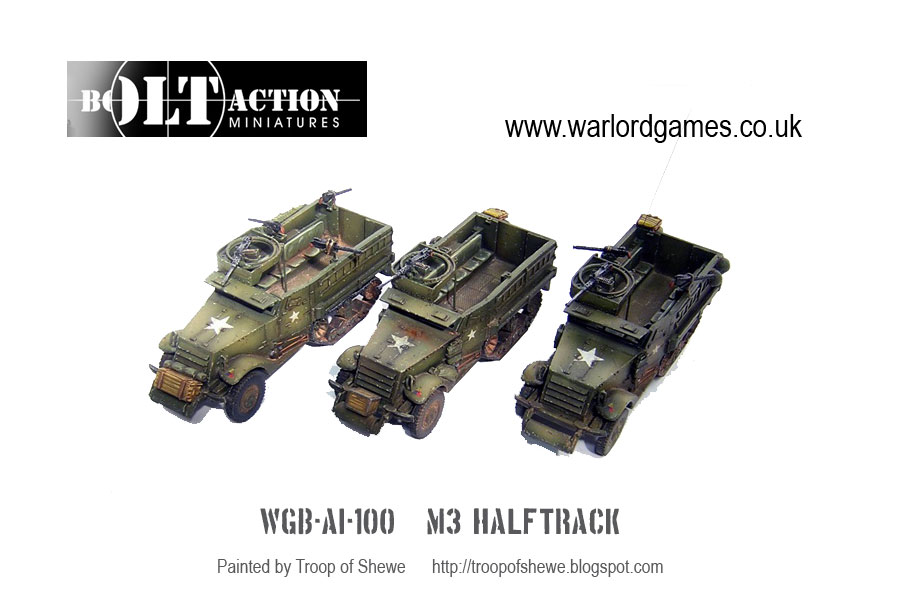 Make sure you visit the Troop of Shewe blog to check out a huge gallery of Neil’s spectacular miniatures. Neil also accepts commissions and who wouldn’t want their army to be supported by vehicles with some of the best vehicle painting in the business?.

We will focus on his Axis models next time. Also, don’t forget, all of these Bolt Action Miniatures and many more are now available in the Warlord web store!