The Naseby Battlefield Project is working to preserve the heritage of Naseby, where arguably the crucial battle of the English Civil War was fought on 14 June 1645. The outcome was the destruction of Charles I’s field army and the overthrow of autocratic monarchy in Britain – a milestone on the road to democracy. While iconic battle sites such as Hastings, Bosworth and Culloden all have well-developed visitor facilities, Naseby has been neglected for decades. 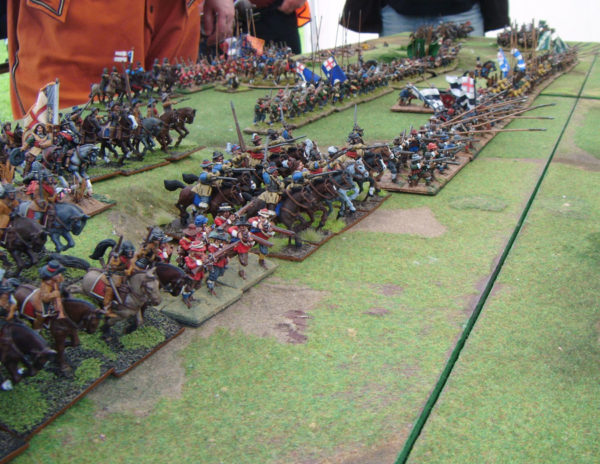 This is why we believe it is so important. It is more than ancient history, fascinating though that certainly is. It has a direct relevance to the question of how we can manage a society of varied cultural and religious background. It permits discussion of topics too sensitive for dispassionate examination in direct confrontation, but which, when viewed at a distance of more than 350 years can be contemplated without resorting to blows!

Until 1995, when Glenn Foard’s Naseby: the decisive campaign was published, it was believed that the battle took place on Broadmoor, the valley between Dust Hill on the north and Redhill and Closter on the south, straddling the Naseby/Sibbertoft parish boundary. It was also thought that the action was relatively brief, two hours or so, and that the royalists were put to flight on Broadmoor.

In the 1980s, a group of local metal detectorists began investigating the battlefield. As they were from farming families, they had an intimate knowledge of the land and access to detailed maps on which they marked the location of their finds of shot and other battle debris. They thus assembled the most substantial record of battlefield archaeology in Britain in the late 20th century, and it was on this data that Foard relied in giving his revised account of the battle. The work has continued, and further evidence of the changing nature of the battle has come to light. 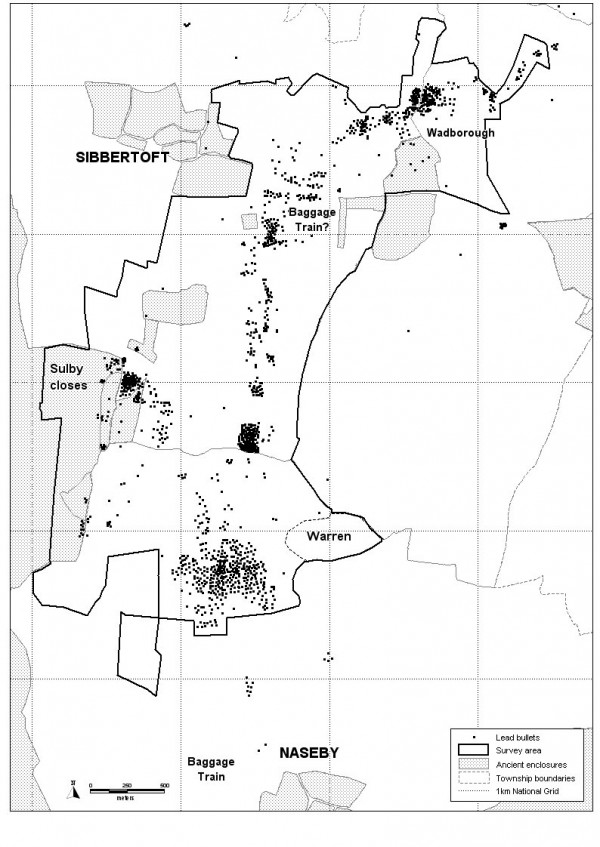 The current interpretation, which may not be final, introduces the evidence of the importance of Okey’s dragoon action at Sulby Hedges, of the brief exchange of fire and subsequent hand-to-hand fighting on Closter Hill, of the stand of the Bluecoats on Dust Hill and the last stand of the royalists on Wadborough Hill some four miles away from the starting point of the battle. It also clarifies the lines of approach of the armies on the morning of 14 June and thus conveys the challenges the opposing sides had to overcome in making their deployments. The result is an extension of the battlefield northwards by one and a half miles, and the expansion of the overall battle area to some four miles from north to south and two and a half miles east to west.

The work of the Naseby Battlefield Project

In spring 2008 the Battlefield Trail, funded largely by East Midlands Tourism, Biffa and the Sealed Knot, was completed. It won an East Midlands Region Nationwide Community and Heritage Award. It is a circuit of over five miles with seven principal viewpoints and two lesser sites, all with detailed interpretation boards, and this is now being extended with three more boards and also enhanced with wildlife information. The Market Harborough Civil War Trail, with six interpretation boards on events before and after the battle, has now opened.

In February 2011 the Project was given a Heritage Lottery Fund grant to develop a footpath giving access to the western side of the battlefield so that Sulby Hedges, where the fight began, can be visited and the natural history of today’s countryside appreciated. Interpretation boards on the wildlife are a joint project with local schools, the Field Studies Council’s OPAL (Open Air Laboratories) scheme, the Royal Society for the Protection of Birds and the Northamptonshire Natural History Society. 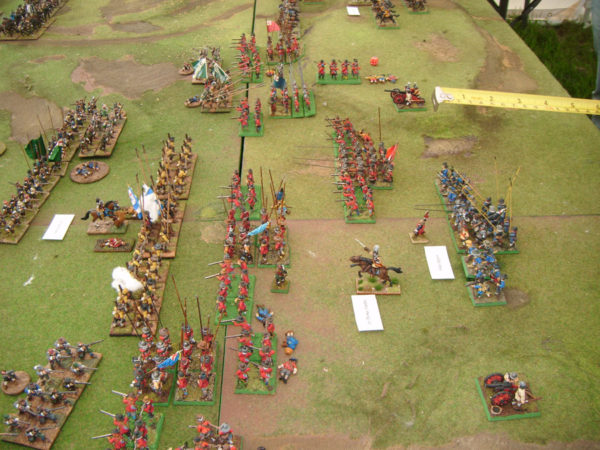 Early in 2008 land was acquired by a private group of supporters with a view to selling it to the charity for a visitor centre. Feasibility studies have now been completed both for a major Battlefield and Early Modern Warfare Centre and for a 17th Century in War and Peace Living History Centre which will act as a visitor facility in the immediate future. A grant for Northamptonshire County Council has enabled the preparation of an outline planning application, which was approved on 20 July 2011

Sunday the 10th of June 2012 saw the launch of the Naseby Project Appeal. The appeal aims not only to raise funds for the new visitor centre, but allow the team of volunteers to hand over to professional management.

The day was well supported by the Sealed Knot and it was a great opportunity to run a large scale re-fight of the battle with Warlord’s Pike and Shotte rules. Steve Morgan, author of the rule set kindly gave his support and resources to the day, and acted as Parliamentarian Lord General, whilst Naseby Project volunteer Charles Singleton headed the forces of doomed King Charles. Both armies were helped out by gamers Glyn Hargreves, and master painters Jason and Ethan Hurst (father and son team), in addition to several enthusiastic participants from the onlookers.

In a battle that saw the use of over 300 cavalry figures and some 500 infantry, history was replayed. In a little over three hours, the Royalist infantry came within an ace of success, were their quality making up for a lack of numbers almost overwhelmed the New Model foot, only to be driven back by greater numbers. Langdale’s Northern Horse was overwhelmed by Cromwell’s Ironsides and although Rupert swept all before him, disorder and casualties forced his wing to leave the field. 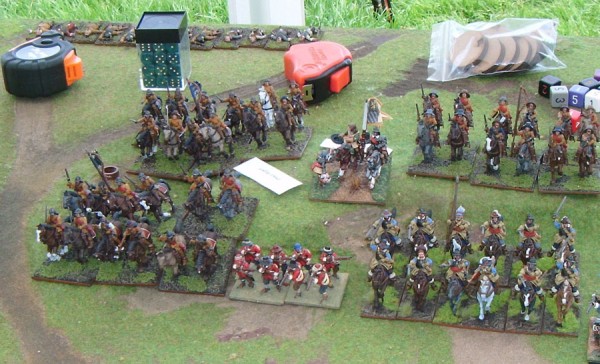 The rules, in a similar format to the ‘tool kit’ approach to Black Powder, lend themselves very easily to the civil war period, giving the game plenty of period feel. More importantly, they enable large battles to be played out using large numbers of figures, quickly, smoothly with getting bogged down.

The demonstration was well received by all the visitors, and especially those wargamers who came to visit. A big thank you must go out to Steve Morgan, and to Glyn Hargreves and Jason Hurst and family who all travelled some distance to help out on the day. More can be found on our website, www.naseby.com.

The new web site is now live and has a ‘friends’ section. Membership is already growing and we hope to soon introduce a range of discounts from established book manufacturers. So keep logging in for more news… 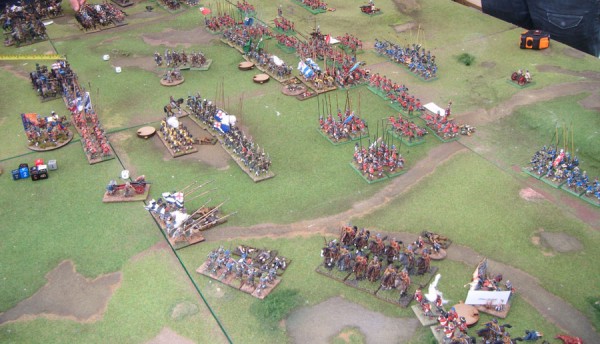