There have been some interesting meetings around Warlord HQ lately… lots of hushed chatter, with rumours of waves-upon-waves of reinforcements being prepared for consignment – support teams, auxiliaries, and VEHICLES, VEHICLES, VEHICLES are moving ever-closer to release.

All around Warlord HQ, display cabinets are filling with the staff’s painted armies, with games breaking-out weekly – and many of the staff spending their evenings and weekends eagerly assembling models, crafting scenery, and painting-up reinforcements by the wave!

New players are conscripting week by week – and the official Facebook Group‘s numbers swells… but of course, that’s not enough – more are needed if we’re to turn-back the tide of the Ghar Empire.

So today, we’ve decided to launch two new bundle deals designed to get you up-and-running… an easy way to pick-up all of the current literature supporting the game, and the first big chunk of your Concord force…. 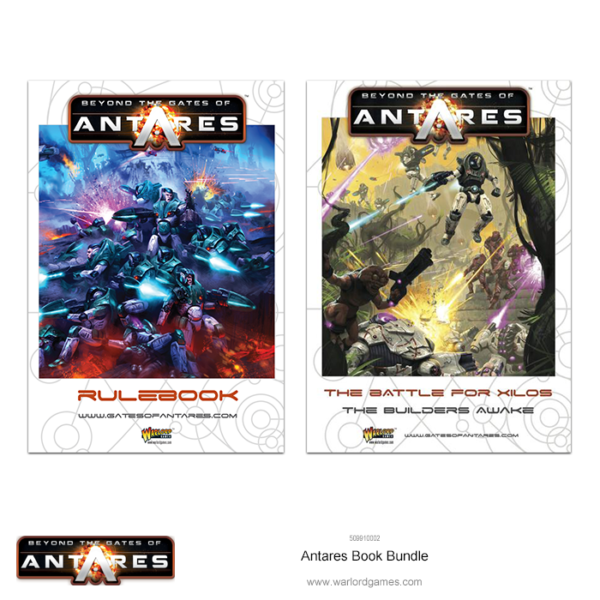 We’ve gathered together both of the books which we’ve released so far – the glorious full Hardback Rulebook, and the expansion book – ‘The Battle for Xilos’ – and bundled them together into a simple one-click purchase!

Not only that – we’ve thrown-in a handy PDF version of the core Rulebook, which makes quick-referencing of the rules much, much easier! 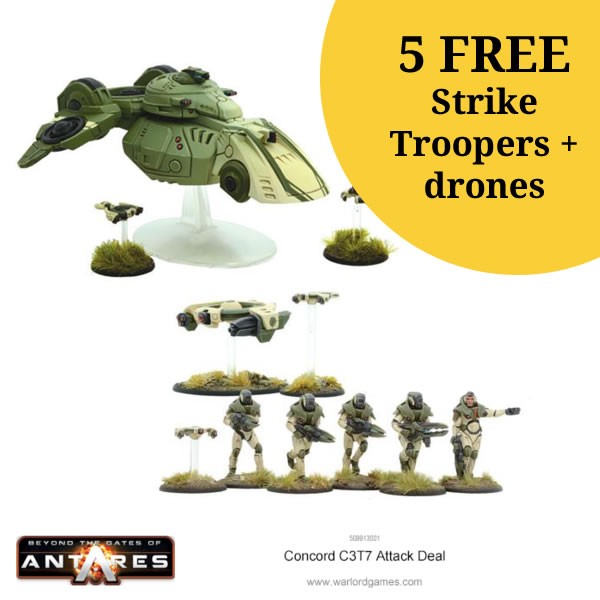 The C3T7 Transporter Drone is a key element of highly mobile Concord Strike forces far across the Determinate and beyond – but of course, any Transporter needs a payload, so again we’ve put together a handy bundle – pick-up your T7 and a payload of Strike Troops (and even a C3D1 Support Drone as well!) for even less!