Add your US Navy Fleet, Flotilla and Coastal Force to the battle for the coastal waters this December!

In your Local Store December 2018 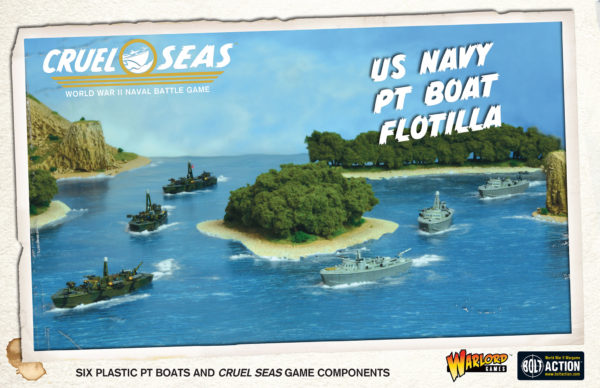 The PT boats fought all over the globe, from Pearl Harbor to the Philippines, the Adriatic and Mediterranean and also in the English Channel. They achieved many successes, particularly in the last two years of the Pacific War they accounted for many stalking float planes and many hundreds of barges which were the lifeblood of the overextended Japanese army. This barge hunting was a gruelling business and needed a certain ruthlessness on the behalf of the American crews, Japanese soldiers and sailors being loath to surrender, hence a grizzly end to many a barge crew. 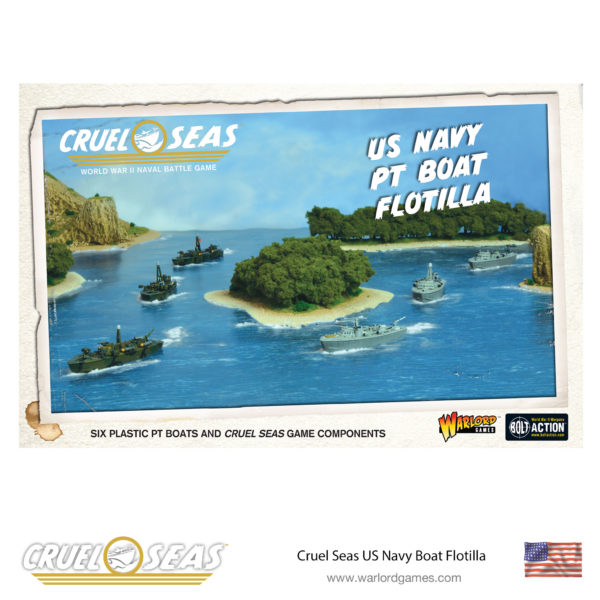 By 1941 there were 29 total PT’s total in the US Navy, by December ’43 there were 29 squadrons. Indeed, by the end of the war the small ships, PT’s LCI etc. numbered 7,000 craft of 80 types. Many early PT boats had up to 4 torpedoes and 2 twin .50 Cal guns in powered mounting, a heavy load for the day. As with most American hardware, this was only the start! Soon a 20mm was added at the stern as standard, useful for surface or air action. Then, enterprising crews frustrated by strafing the tough Japanese barges to negligible effect mounted a USAAF 37mm automatic gun (acquired from an Air Cobra) and found it most effective!

Indeed, America had not been blind to the possibilities of the coming war and took great pains to watch and learn from her allies and foes so that when war came, America was ready to put into place a building program that dwarfed all the other navies combined and led to the naval dominance that she still enjoys today. 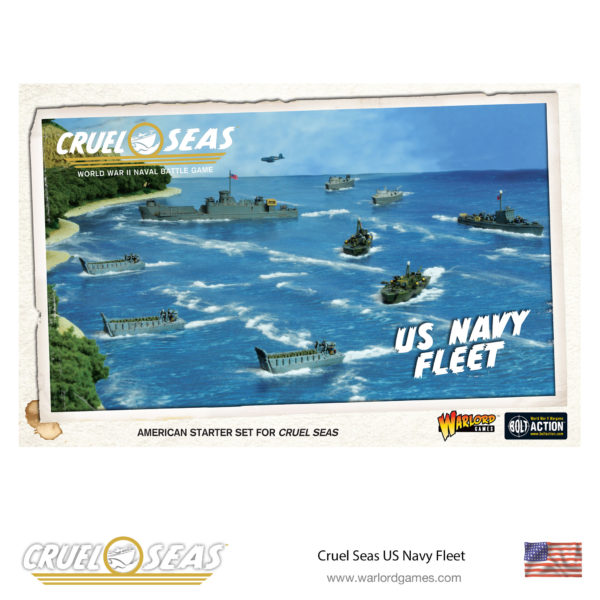 The US Navy Fleet Contains:

The industrial might of the United States Navy provides the equipment needed for you to take the fight to the enemy, with this US Navy Fleet plus a flotilla of the famous PT-boats, add in the rules for Cruel Seas with the special U-boat miniature and your US Navy Coastal Force is ready to head out on aggressive patrols across the Mediterranean and Pacific! 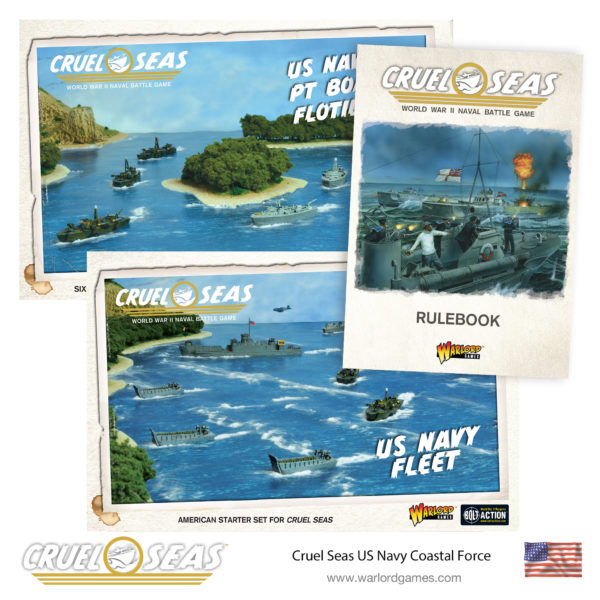