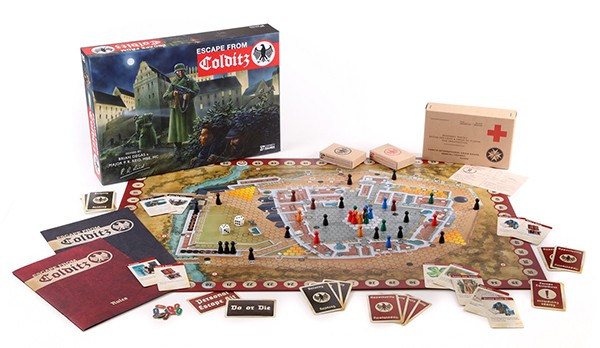 Designed by Major Pat Reid, one of only a handful of prisoners-of-war to escape Colditz
Castle, and screenwriter Brian Degas, Escape From Colditz is the iconic game of
careful planning and nerves of steel. 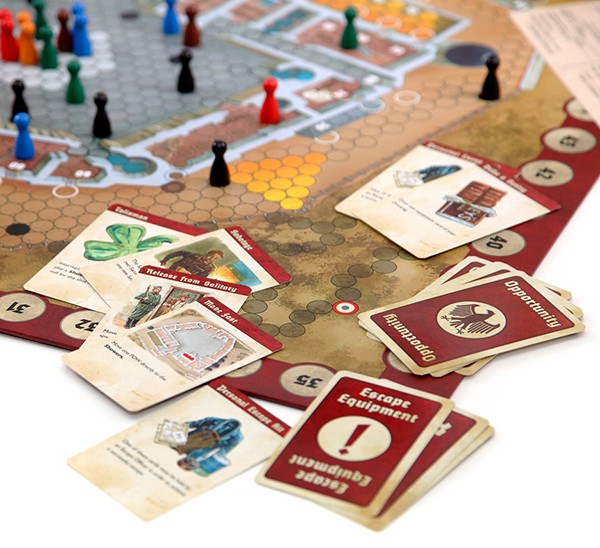 This deluxe edition of the classic game for 2 to 6 players includes both original and
updated rules, new hand-painted artwork, an oversized board, 56 wooden playing
pieces, 100 fully illustrated cards, a 32-page history book, and unique replicas of
artefacts from the prison. 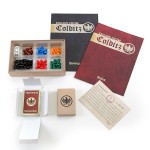 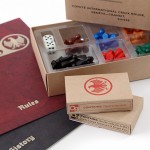 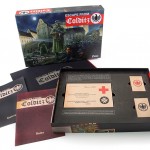 Seventy-five years ago, Major Reid braved barbed wire, searchlights, and armed guards
to Escape from Colditz. Now it’s your turn to do the same.