These tribal Spanish warriors are divided into the caetratii, light infantry, and the scutarii, heavy infantry. 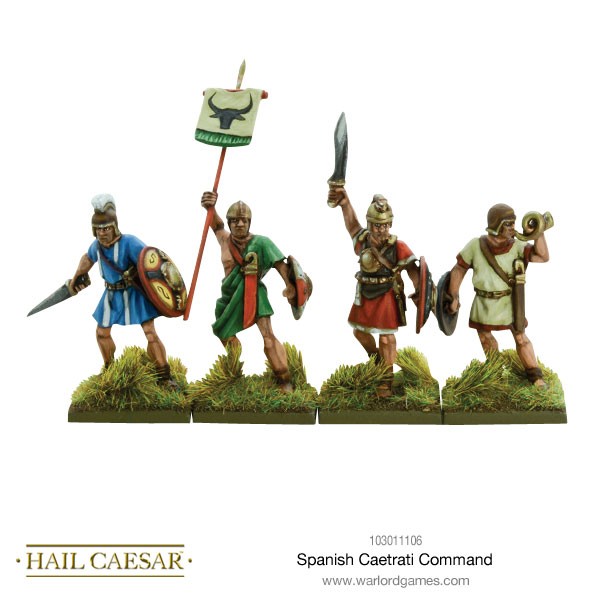 The caetra, describes the small round shield of the skirmisher as opposed to the heavier and longer scutum of the main battle line warriors. In truth, however, the difference wasn’t so defined. The Spanish excelled in guerilla tactics, using the difficult terrain of their homeland to good effect, executing swift sharp raids upon the unsuspecting Roman legions. This kind of warfare was new to the Romans and they learned quickly. The experience against the Spanish tribes was responsible for a number of martial reforms within the Republic in order to defeat this new enemy and Rome was forced to utilise every method available to them, in order to subdue these ferocious hardened warriors. 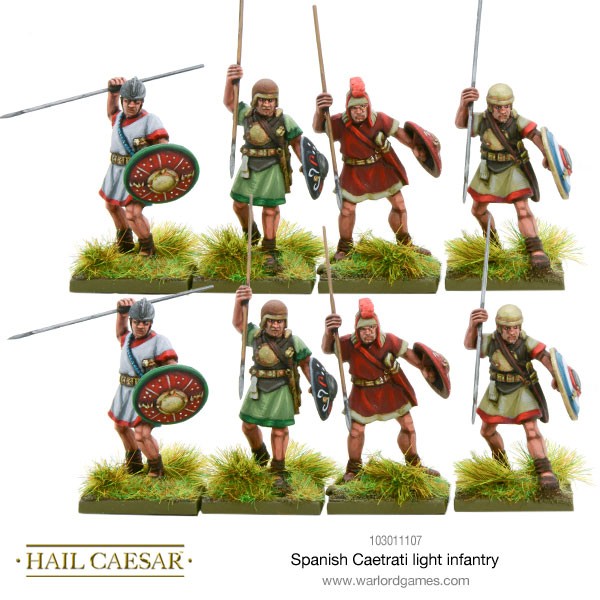 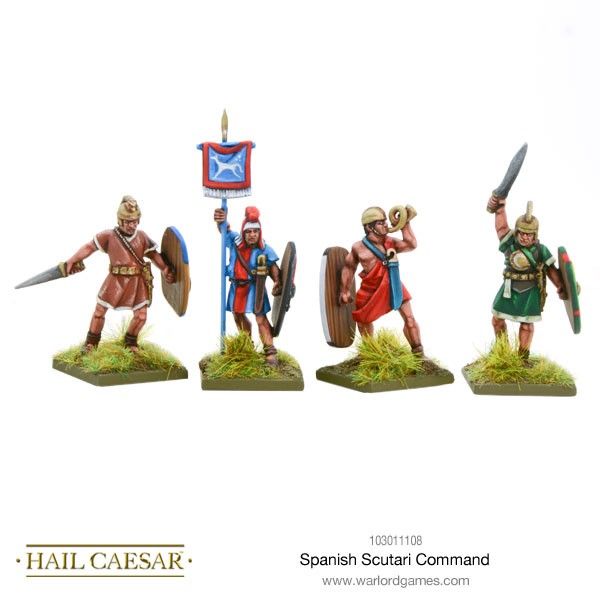 Named by the Romans, ‘Hispania’, the Iberian Peninsula became a key factor, both culturally and geographically in the formation of the Republic and later Empire. Initially, and for a long time, the two cultures clashed and Spain was the location for some of the most savage and atrocious wars ever to be fought. Eventually, the region was subsumed into the late Republic and many Spanish families became an integral part of the Roman aristocracy. Spain was known for producing hardened warriors and Rome adopted and adapted the superior weaponry of the Spanish Peninsula into its legions. During the Civil War, a number of key legions were raised in Spain, including Caesar’s Ninth, all direct descendants of the tribal warriors depicted here. 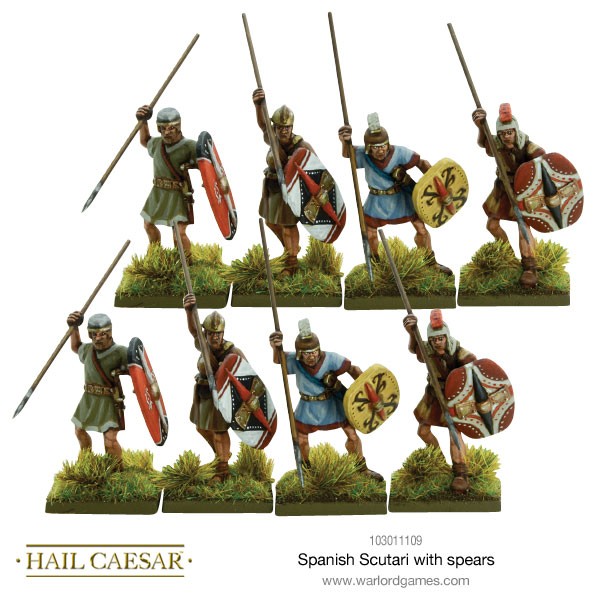