Add some hitting power to your Early Bronze Age Sumerian army with a Battlewagon and a Platform Cart, each drawn by 4 Equids (Donkeys or Donkey-Onager hybrids).

These models can be used to build the Early Bronze Age armies of the City-States of Mesopotamia and Syria in the 3rd Millennium BCE. They include cities such as Uruk, Ur, Lagash, Umma, Eridu & Kish in Sumer, and Mari & Ebla in Syria. 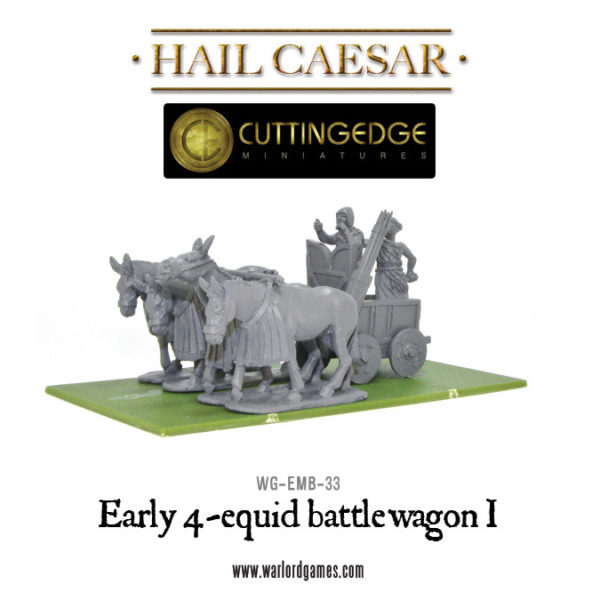 This battlewagon comes with three crew figures although only two should ride in the wagon. Aside from the driver this gives you the option of adding either a Javelinman or Commander. 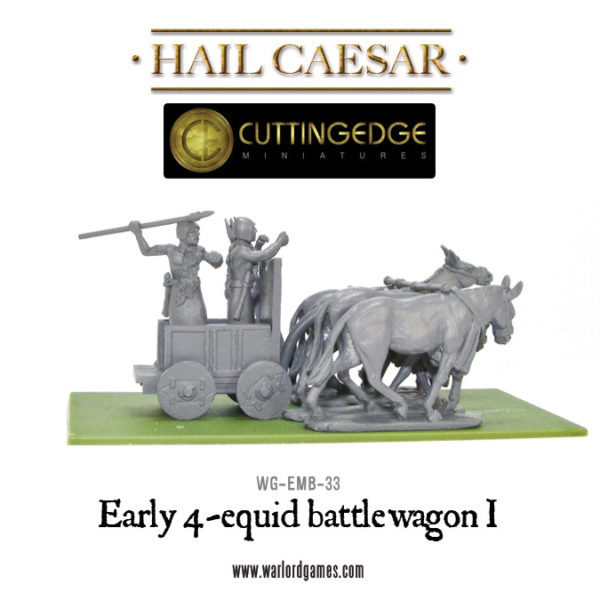 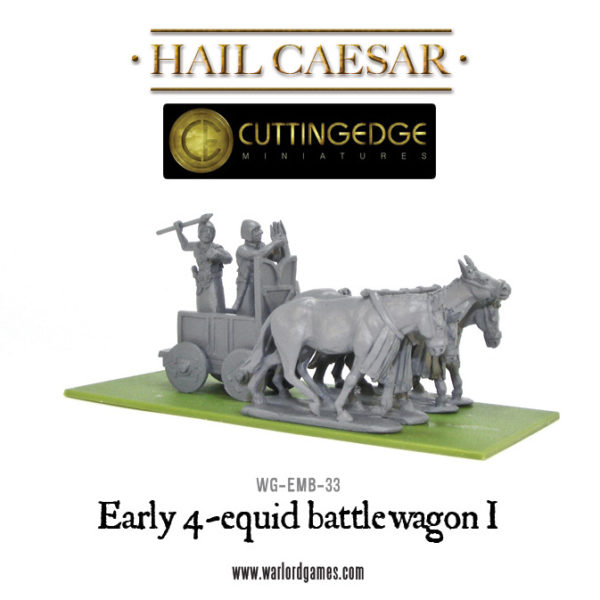 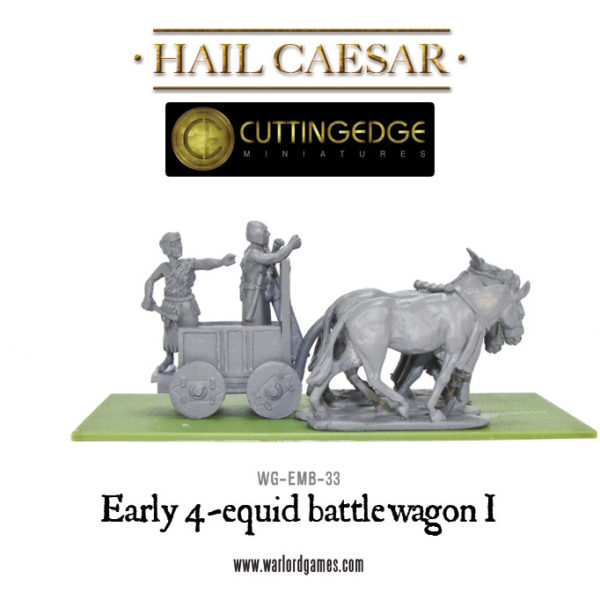 This smaller Equid-pulled cart was used by the Early Bronze Age City-States of Mesopotamia. These 4-wheeled Battle-Wagons were pulled by either four Donkeys, Donkey-Onager hybrids or other Equids of the period. Pure Onagers were considered as too wild and bad-tempered to be used to pull these cars. Equids were the same size as the horses of this period. 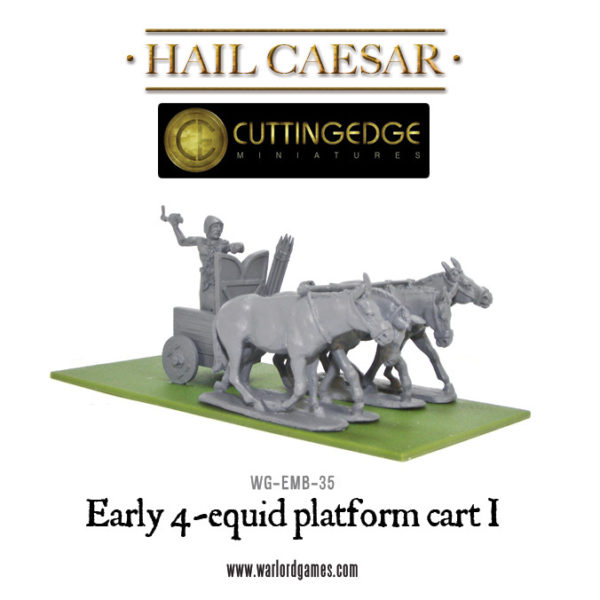 Used as a command or scout vehicle crewed by a single Javelinman or Commander,  these Platform Carts were used in the Early Bronze Age along with the larger Battlewagons. 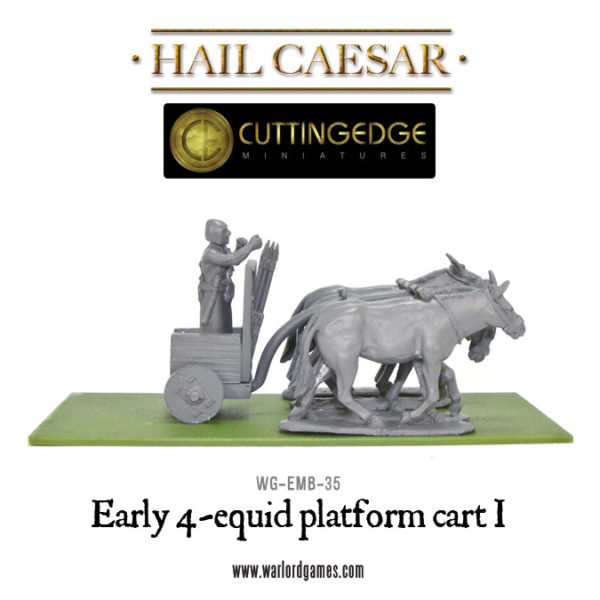 Pulled by 4 equids, the early Platform Carts were a two-wheeled variant of the four-wheeled Battle-Wagon. They were similar in construction with a high front and low sidings. Unfortunately, pictorial evidence for these types of carts is scanty and there is no consistency as to their appearance. Some show a seat at the back, but it is difficult to envisage how this would be practical with the crewman’s view blocked by the high front of the cart. The seat, therefore, is not present in this model. 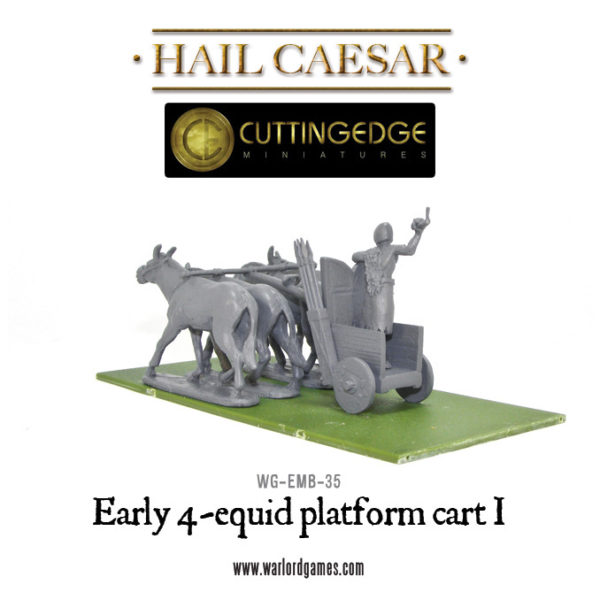 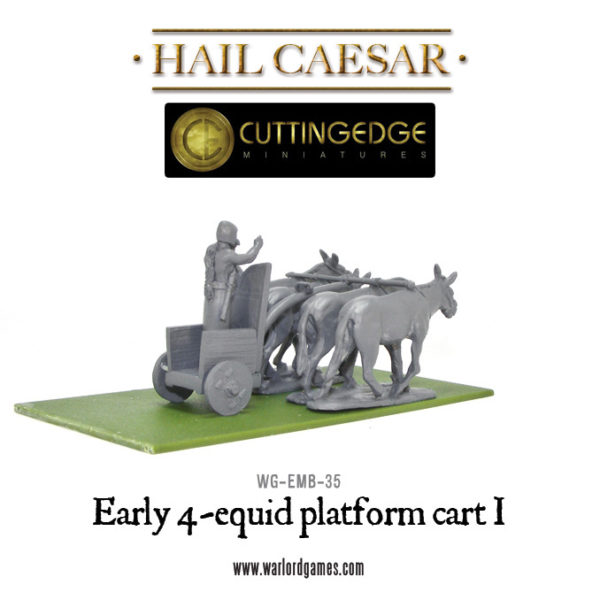 With only two wheels, these carts would have been more manoeuvrable and faster than the heavier Battle-Wagons. With only enough room for one crewman, it is perhaps likely they were not used in the same capacity as the Battle-Wagons, and hence used as Command or Scout vehicles.