Woe betide enemies of Rome who thought themselves safe behind their stockade, earthen rampart, or high stone wall. All the fortifications in the world would count for naught when the Roman Legions brought up their mighty war engines. Chief amongst them was the Onager, a war machine that could vary in size, but all hurled large, shaped stones with the kick of a mule! 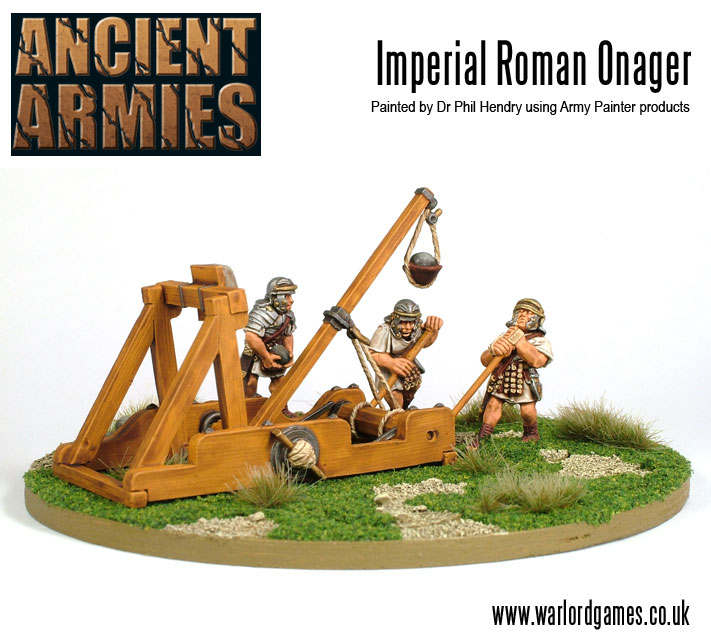 The name Onager came from the wild ass which would defend itself by lashing out with its hooves scattering stones at attackers unwise enough to close. Even if the stones could not batter down a wall, wily Roman Engineers would instead shoot flaming balls of naptha sailing over battlements to set fire to towns and even ships. 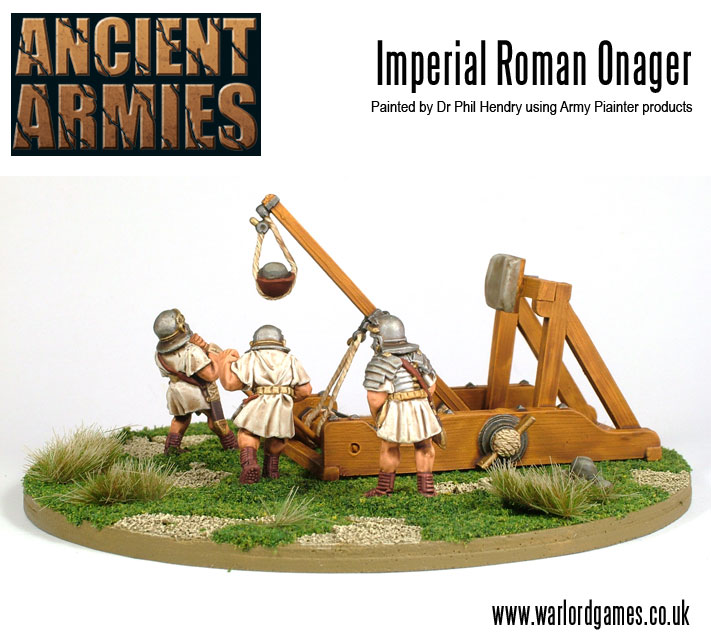 The Onager was devastating to troop formations as a hit from its lobbed smooth ammunition would crash through a unit of cavalry or infantry unlucky enough to be in the way. You can now add this great looking model to your battle line and watch your foes melt away or remember an engagement somewhere else on the table top! 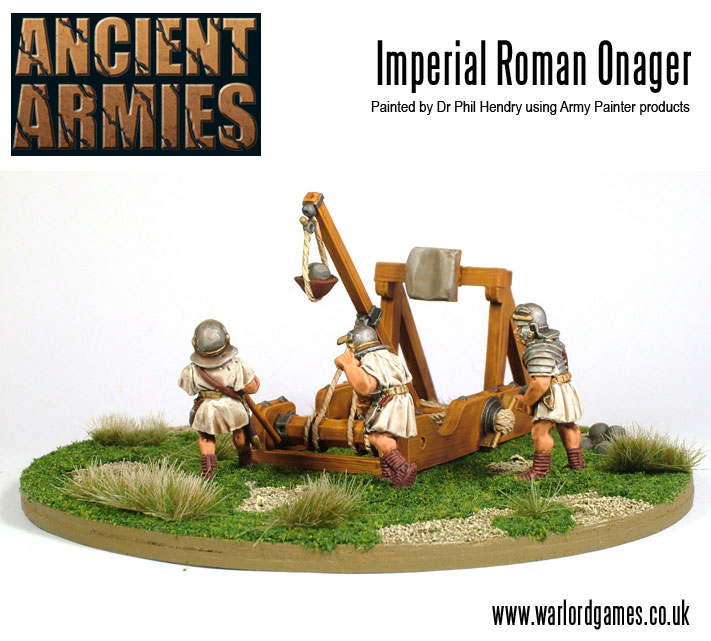 Get your Imperial Roman artillery ranks in order in the Warlord webstore.