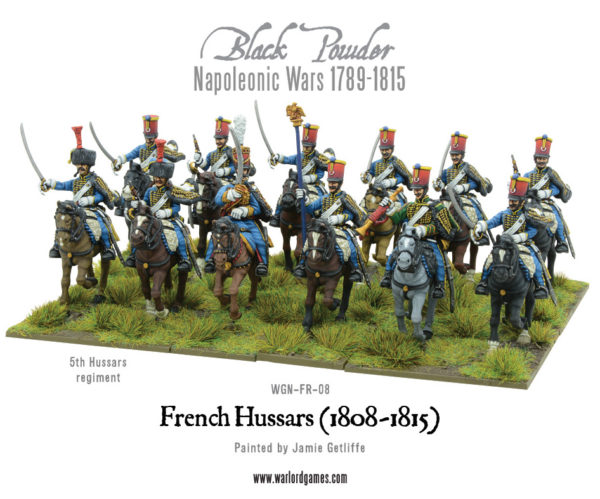 Napoleonic warfare saw bewildering varieties of exotic uniforms worn by the various armies that marched and fought in the early 19th century. 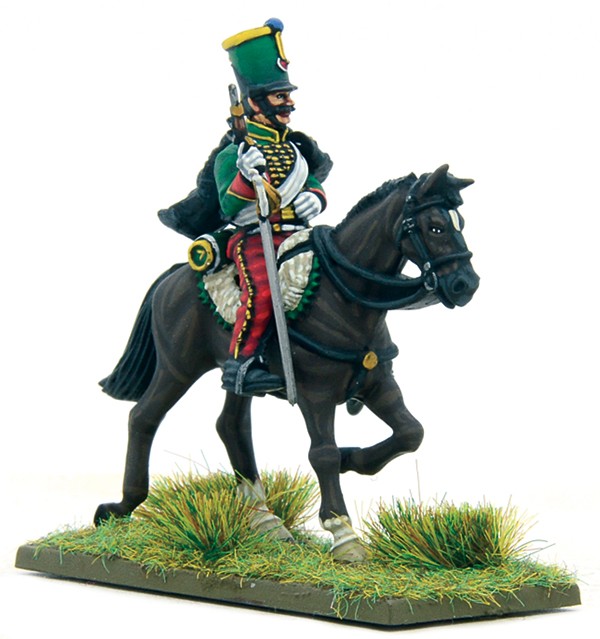 There were none so exotic and magnificent as the Hussar regiments of the French army. These dashing light cavalry donned outfits originally inspired by Turkish, and later Hungarian, cavalry. 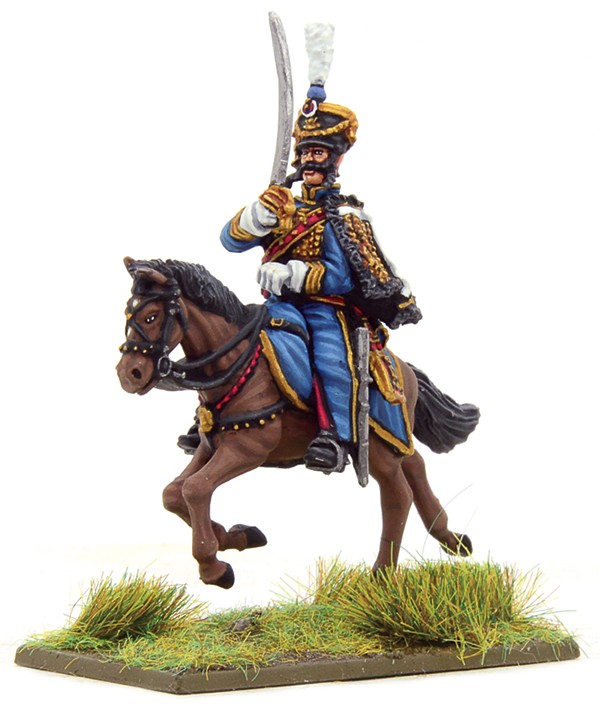 Each of the fourteen regiments formed wore a differing uniform, with the result that a Hussar brigade made a most impressive sight. 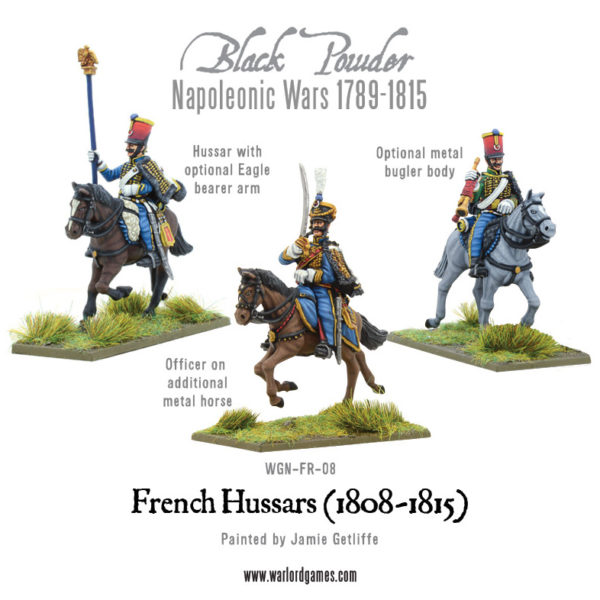 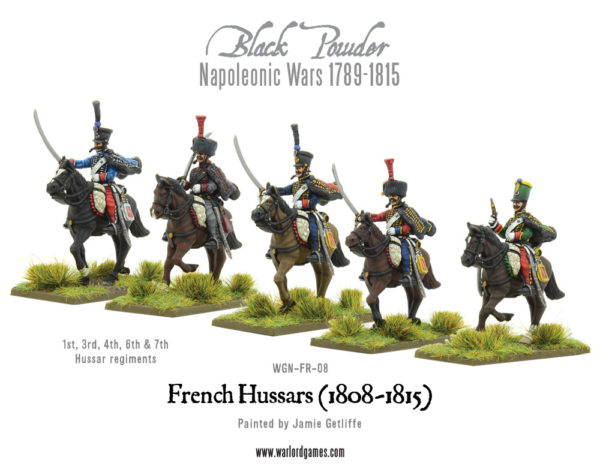 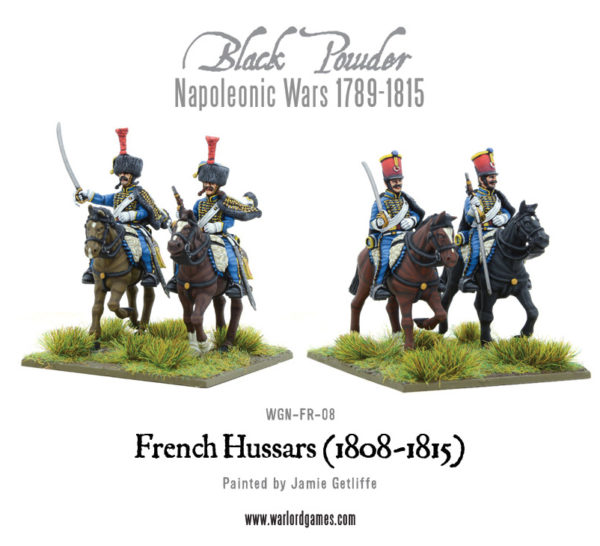 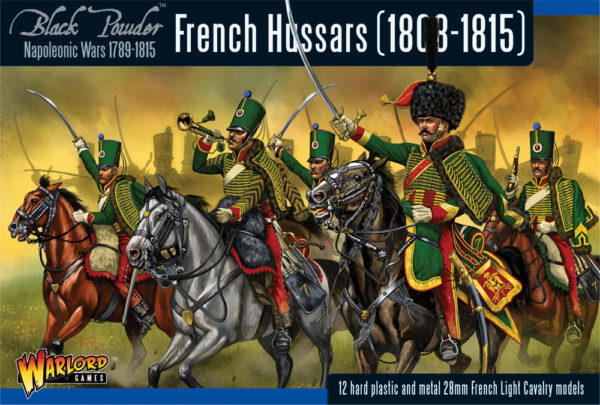 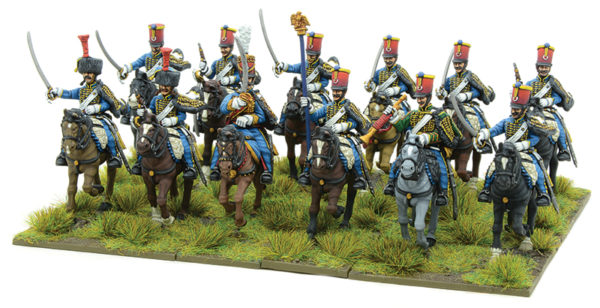 We’ve assembled this mixed cavalry formation, seen across the battlefields of Spain & France, led by Marshal Ney himself, complete with a FREE 6 pdr artillery piece from the Divisional support:

Of course you don’t want just the one Division to choose from! You need at least your Brigade or even further Division sets to really get stuck into those Russians or British! Check out the full range of French bundle deals here, or go straight for your new hussars: 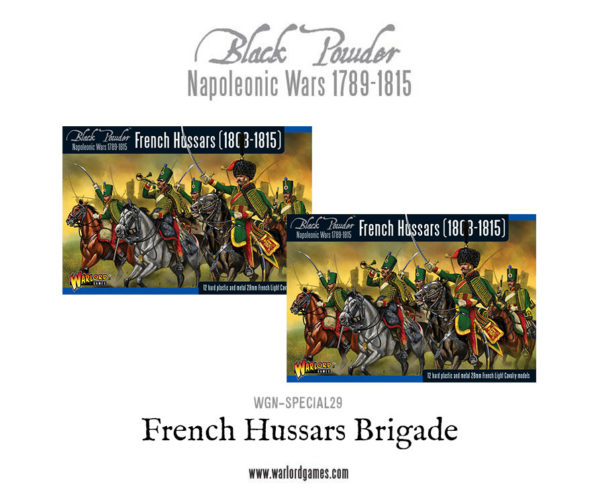 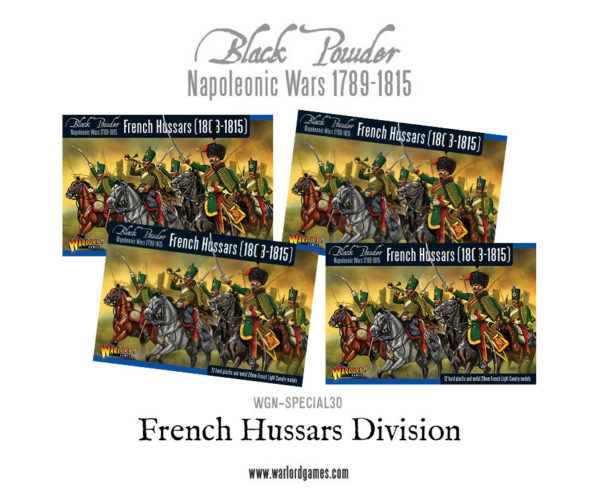 All Cavalry are now available in the newly updated French Build An Army in store now: 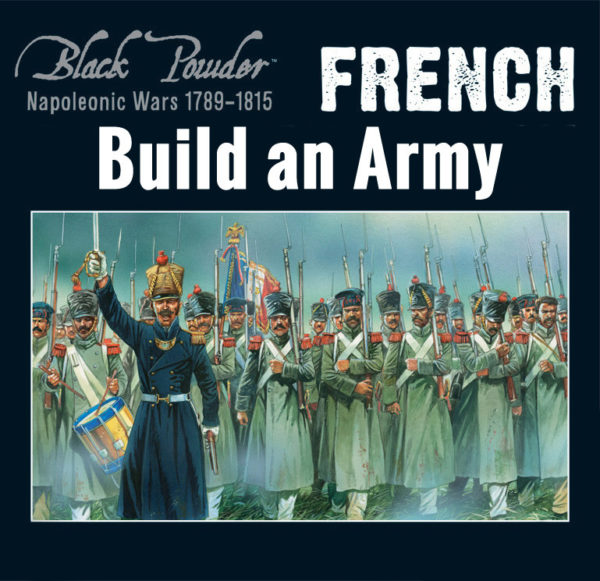