Sumerians and the World’s First Empires

There is good reason to believe that organised warfare has its origins in the land of Mesopotamia amongst the city-states of Sumer that flourished in the latter half of the 3rd Millennium BC. The famous Stele of Vultures depicts Eannatum of Lagash crushing the armies of the rival city of Umma around 2460BC. Eannatum is shown in his chariot trampling his foes, whilst a massed phalanx of spearmen advances behind a wall of shields. We know that the these competing city-states fought for supremacy, made alliances, and were sometimes obliged to defend themselves against barbarian raiders from the Zagros mountains to the east and the Arabian deserts to the west. 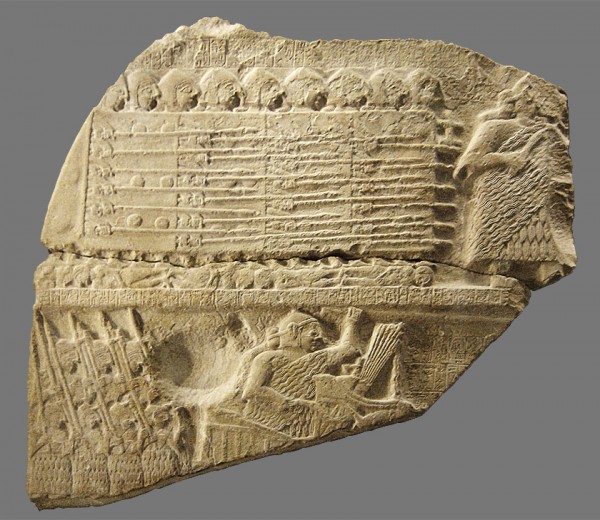 By the time of Eannatum, the Sumerians had developed all the essential components of civilisation, including early kinds of chariots with two or four wheels. These chariots had wheels but no spokes – the wheels were made form solid pieces of shaped wood. The horse had yet to reach the Near East (the modern horse Equus ferus caballus was first domesticated in the region around the Pontic steppe) but the Sumerians made use of a kind of wild ass or onager, Equus hemionus, which they used to pull their chariots and carts. These creatures – a sort of half horse/half donkey – are nowadays so rare as to be practically extinct outside of captivity, and notoriously impossible to tame. Yet they seem to have served the Sumerians as draught animals for all kinds of early wheeled vehicles.

From the time of Eannatum to the introduction of proper chariots with spoked wheels sometime after 2000BC, the cities of Sumeria waged war upon each other and their neighbours. We don’t know a great deal of the details of these wars, but we do know that Eannatum established the dominance of Lagash over the whole of southern Mesopotamia, until the Priest-King of Umma Lugal-Zage Si overthrew the Kings of Lagash, and established his capital at Uruk. He reigned until about 2270BC and was overthrown by a man who may be throught of as the very first empire builder of ancient times – the Alexander or Caesar of his day – Sargon the great of Akkad Further reading. 

The City of Akkad

Akkad, like many of cities of Mesopotamia, was founded by a Semitic people called Akkadians. The Akkadians may have lived alongside the Sumerians since time immemorial – or perhaps they moved eastward in the fourth or early third millennia – either way they established their own cities and adopted or absorbed the culture of the native Sumerians, including the use of cuneiform writing. Over the centuries the two peoples merged together, and the Akkadian language came to supplant Sumerian in everyday use, although Sumerian remained as a scribal, literary or liturgical language (much as did Latin in the European Middle Ages). To all intents, there was no material difference between the two civilisations, or between their armies, and when we speak of Akkadian or Sumerian armies we are basically talking about the same thing. The only significant difference to be found in visual representations of the two cultures is that Sumerians generally appear clean shaven, whilst Akkadians are usually portrayed as bearded. Further reading.

Our miniatures range represents the forces of these early warlords – the rival Kings of Sumeria and Akkad (Agade in Sumerian) and the armies of Sargon the Great and his successors. Sargon’s empire stretched from the Zagros mountains in the east to the shores of the Mediterranean in the west, and to the Elburz mountains in the north to the shores of the Persian Gulf and all the way to Oman. Sargon waged war against the cities of Syria and Canaan in four successive campaigns, and against Sarlak the King of Gutium – the mountainous region that lies to the east of Mesopotamia. He also subjugated the land to the south-east of Mesopotamia – the region known as Elam. The cities of Elam were part of the same broad culture – although the Elamites spoke their own language and had developed their own script. Elam had been fought and ruled over by Sumerian Kings in the past, and would be in the future, but in Sargon’s time Elam became part of the Akkadian Empire.

Sargon’s Empire endured throughout the reigns of his two sons and grandson Naram-Sin – whose victory over the barbarians of the northern mountains is celebrated in the famous Victory stele of Naram-Sin. As well as fighting against the Lullubi – as these northern rebels were called – he also led his armies against the city of Ebla in modern Syria and against more rebels in the land of Megan – usually assumed to be in Oman. Hittite records speak of his wars against the Hittites as far west as Anatolia, which gives some idea of the size of the empire ruled by Naram-Sin. 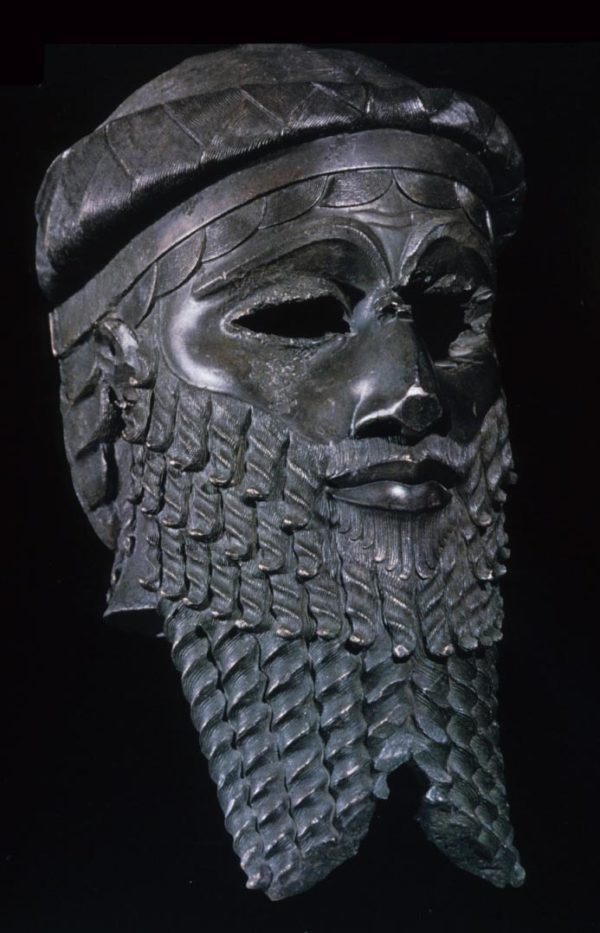 Following Naram-Sin’s death, his successors came under increased pressure from rebellious forces within their Empire as well as invaders from without. The most powerful of these invaders were the barbarous Gutians – people from the middle-regions of the Zagros Mountains to the south of those Lullubi so memorably crushed by Naram-Sin. The Gutians gradually moved in and took over parts of Mesopotamia, until by about 2150BC most of the country was in their hands. The Gutians destroyed Akkad before refounding the city as their own capital – but much of the country went to rack and ruin as the Gutians pillaged and raided at will. A dark age of a kind descended upon Mesopotamia – lasting anywhere from 25 to 125 years – no-one is certain exactly how long. The Gutians were eventually expelled by the Kings of Uruk and Ur – and a new empire was built forming what is called the Third Dynasty of Ur. Although nowhere near as extensive as the empire of Sargon of Akkad, this empire included all the lower part of Mesopotamia – the region which afterwards known as Babylonia. But the Sumerians’ enemies were gathering, and at around the turn of the millennium Ur itself fell to the Elamites, whilst from the west a new Semitic tribe – the Amorites poured across the deserts and began to settle in great numbers. Further reading.

With the arrival of the Amorites the old Sumerian and Akkadian city states were replaced by new nations and, soon enough, new ways of waging war. The most powerful Amorite city to rise from the ashes of the old Akkadian/Sumerian civilisation was Babylon under its king Hammurabi. Although the halcyon days of the Akkadian Empire were gone, the language, writing and culture of the Sumerians and Akkadians would continue to shape the history of the near east for at least another thousand years.

As you can see there is huge scope for wargaming as the Sumerian Empire is forged in battle between the various city states and eventually toppled by external forces. The scarcity of information is both a challenge and an opportunity for wargamers, who are left free to imagine exactly how these armies would have fought. 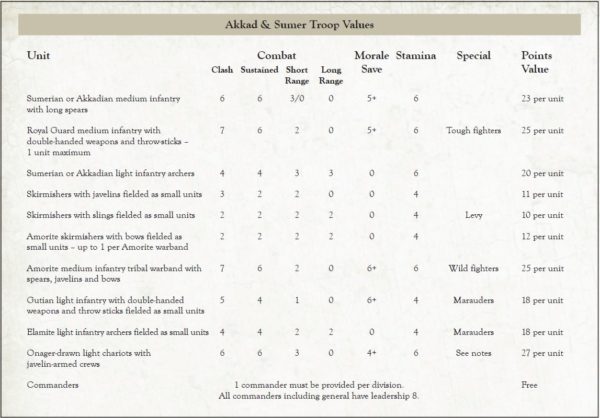 View Profile | View all posts by Graham Davey
Showcase: The Crimean War
Beyond the Gates of Antares: Boromites