History: Battle of the Teutoburger Wald

In 9AD Publius Quinctilius Varus was the Roman governor appointed to hold sway over the tribes of Germania. This greedy individual had been busy levying excessive taxes in order to increase his personal wealth, and soon the fires of unrest were burning. 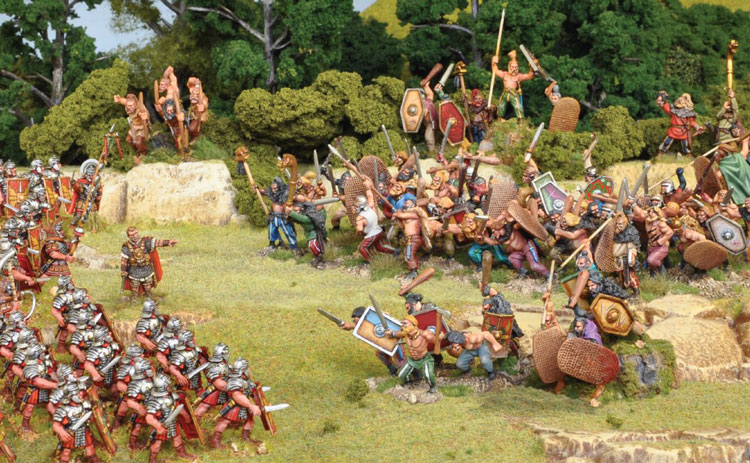 Enter Arminius, a German of noble birth, Prince of the Cherusci no less, who had fought alongside the Romans in Pannonia as an auxiliary cavalry leader and attained the dignified rank of equestrian in the Roman political system.

It is not known why Arminius rejected his privileged status, or why German tribesmen so readily embraced his leadership, particularly since Arminius’s brother stayed on to fight alongside the Romans. Nevertheless, something happened to make Arminius an enemy of Rome, and a ruthless one at that.

He also appears to have taken two lessons from the recently concluded Roman campaigns in Pannonia and Dalmatia; an openly declared revolt would probably meet with entrenchment followed by a suffocating campaign of conquest; and that Rome’s military resources behind the front lines along the Rhine were severely stretched. If Arminius were to succeed, he would have to deliver a crushing surprise blow that might knock Rome out before it could marshal its defences.

Arminius reasoned that if he could draw out the Roman army on to terrain favouring the Germans, he could isolate and destroy it. He therefore brought ‘news’ to Varus that some tribal elements were revolting in the backcountry and a show of Roman force was needed to calm things down. Arminius also offered to lead the way with his auxiliary cavalry. For the ever-trusting Varus, this show of strength would be quite literally a walk in the woods, but he would take three Legions to make sure the message was heard.

Without further ado, he gathered his troops and moved out. Almost from the beginnings of Rome, its armies marched with discipline and in tried and tested tactical formations. On this march, into potentially hostile territory, Varus appears to have abandoned hundreds of years of practice.

The Roman commander advanced sloppily with his soldiers spread out and he sent some away on detachment to defend apparently helpless German villages and guard vital communications points. The Roman column also contained a large, unwieldy baggage train along with many civilians and slaves. At the front of the column, Roman engineers toiled to clear the way forward and build roads and bridges. Then it rained. And it rained. The wind blew, snapping the tops of the trees, reducing visibility and making even walking treacherous. On the Legions went, clambering along, while becoming ever more bogged down and exhausted. Up ahead, German tribesmen beavered away, building a trap into which Arminius was leading the oblivious Romans. Others joined them after having killed the Roman detachments. The Roman position was desperate, only they did not know it. 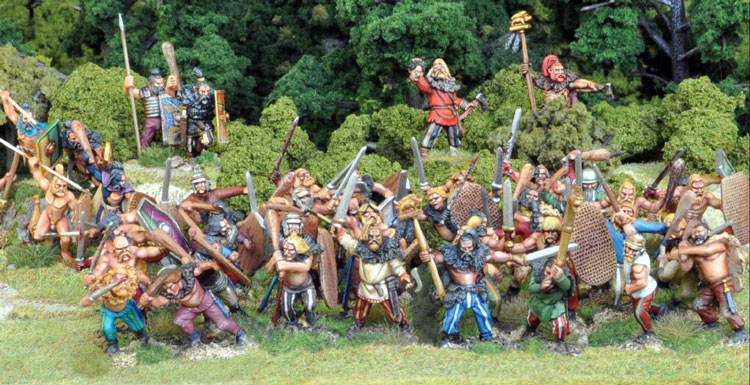 There was still no inkling of the disaster to come when Arminius reported to Varus and asked permission to take his men on ahead. He claimed they would return once he organized his allies, which was not exactly a lie, it just meant two different things to the two commanders. Off Arminius trotted into the darkness where he would meet his own allies and make final preparations. The Germans glided into positions all around the unsuspecting Roman column and brought their shorter throwing spears to the ready. When Arminius gave the signal, the spears flew out from the trees, finding their marks indiscriminately among the seemingly defenceless Roman column. Screaming their violent war yells, the Germans charged home, thrusting their long spears into the panicking Roman soldiers as they desperately tried to take up defensive positions.

Hundreds must have died in those first moments, yet even with the total surprise and the ferocity of the initial assault, Varus coordinated the escape of almost two-thirds of the column – perhaps his laziness in allowing the column to spread out so haphazardly actually left many soldiers and civilians out of the attack. Whatever the case, Varus manoeuvred a significant portion of his column out into the open where he prepared hasty field defences. But, as the saying goes, he was not exactly out of the woods.

Varus had to think and move quickly if he was to save his command. He first burned the wagons that had not been already abandoned in the Wald, perhaps as watch fires in what must have been a long, dark, and terrifying night. Varus then mustered his command the next morning and set out once more back into the woods to try and fight their way through. There was little the Roman soldiers could do but defend themselves and survive, because they could not form disciplined lines; at times, it seemed that even the trees were fighting against Varus’s increasingly desperate army.

On they went, all day and into the night, across open ground and through the woods, nipped at by the ever-present Germans. And then again the next day and the next, and all the while rain poured down on the Roman army. Varus’s command was slowly bleeding to death until finally he called a halt. With Germans all around them and no hope of safety, Varus and his senior officers, in certain knowledge of the hideous fate that awaited them if captured, took their own lives, leaving what was left of the army to fend for itself.

The end did not take long; the luckiest of the few Roman survivors became slaves while others met terrible ends at the hands of their captors. The Legions’ eagles were lost and the Roman disaster was total. 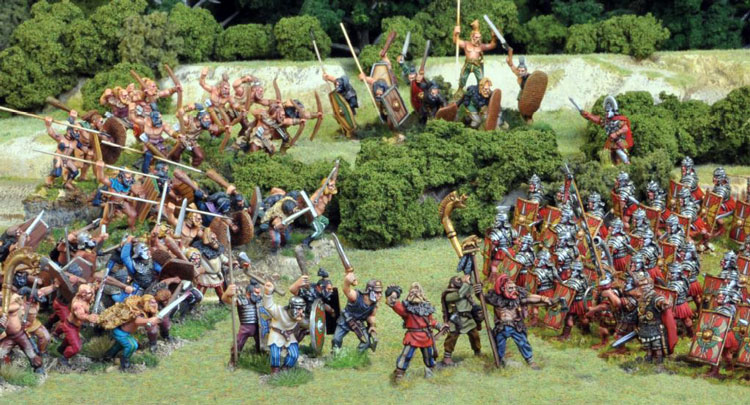 The Ripples of Disaster

The victorious Germans overran almost all the Roman possessions east of the Rhine, with the notable exception of the fort at Aliso. When the news reached Rome, Emperor Augustus tore his toga in his shock and grief. He also feared for the Empire and what the Germans might do. History shows his fears were groundless and conquering the Romans was never part of the German strategy anyway. Tiberius arrived soon after to steady the Roman frontier and the Germans fell into fighting amongst themselves. Thus was the immediate crisis averted. But there was much hard fighting still to come.

For more information, army lists and scenarios, get your hands on our Germania Hail Caesar supplement. 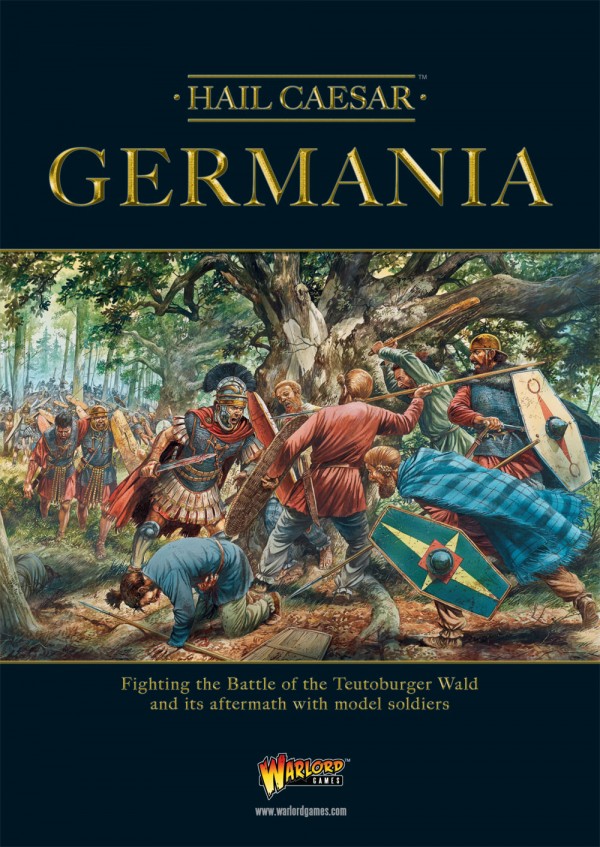