Add your German Kriegsmarine Fleet, Flotilla and Coastal Force to the battle for the coastal waters for Cruel Seas! 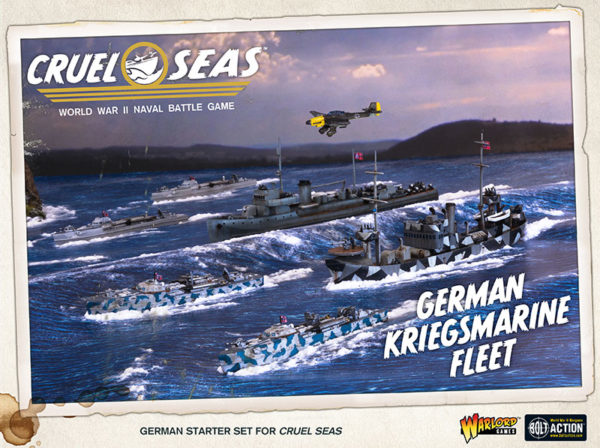 The Schnellboat or ‘E Boat’ as the British Admiralty called them, E for enemy, was a truly formidable beast, in many ways incomparable in detail to the other nation’s boats.
In sheer size alone, the E boat was much, much bigger. Allied boats tended to be 70-80 feet in length, the E boat 115 feet long, and the laws of physics, though complex, favour a larger hull for speed over a shorter one.

German engineering also gave them another advantage, as when speed reached 25 knots, a crank mechanism when turned moved 2 side rudders to flare, symmetrically outward at 30 degrees, creating an air-filled hollow space, the so-called Lürssen effect. This gave three distinct advantages, greater speed, a reduction in the tell-tale wake of the speeding boat, and finally settled the boat in a more efficient plane, leaving the vessel shallower in the water, most useful in mine and torpedo infested waters and remarkable for a boat weighing in at 100 tons! 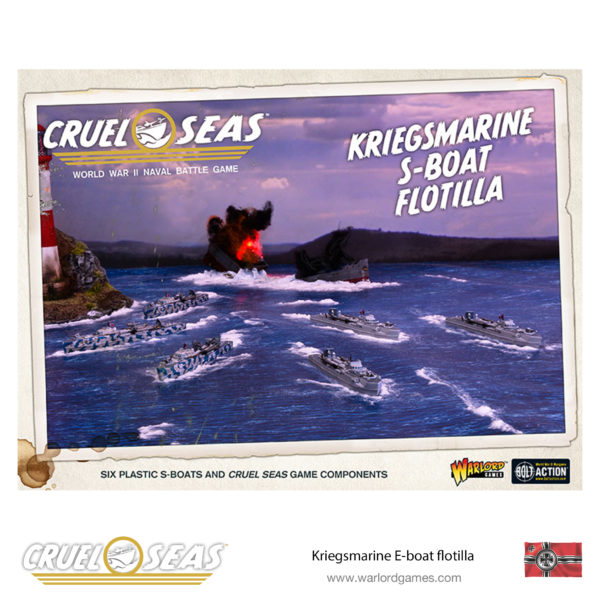 Kaiser Wilhelm’s vision, indeed obsession, with building a vast fleet of dreadnoughts came to nought during the Great War. He knew that his excellent fleet could not risk significant battles with the Royal Navy, it was a one-shot weapon. The lighter units, particularly the U Boats, did most of the real work on a weekly basis.

The German Navy was only raised in 1871, with a brief to concentrate on the North Sea and Baltic Coasts. Perhaps because of its youth, the Kriegsmarine was quick to appreciate the power of the humble torpedo that could cripple or kill a vessel worth millions of marks. They were thus also keen to develop the promise of the torpedo boat, cheap, potentially deadly and of great use in restricted waters. 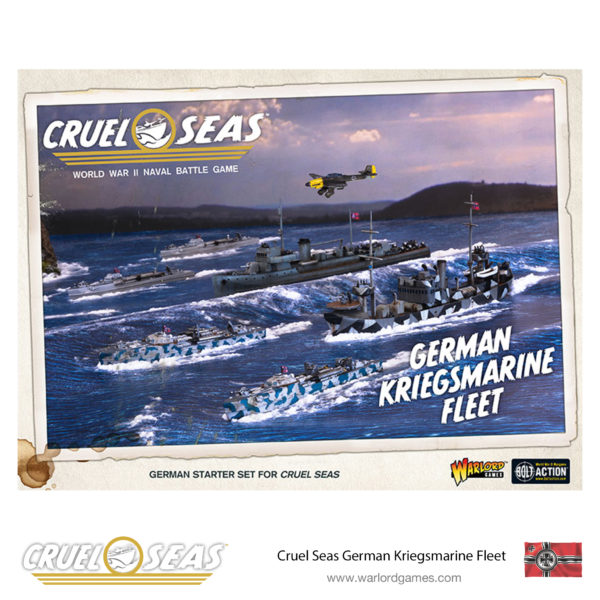 Combine the complete German Kriegsmarine Fleet with a flotilla of the fast and powerful E-boats, then add in the rules for Cruel Seas with the special U-boat miniature and your Kriegsmarine Coastal Force is ready to head out on aggressive patrols and intruder missions! 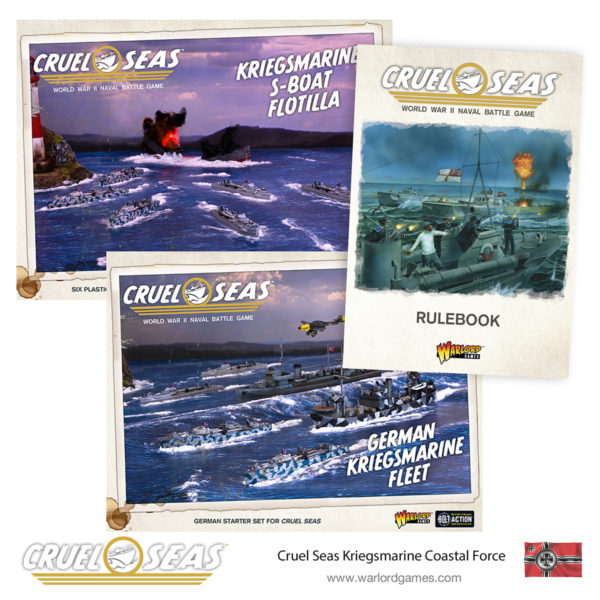