Our friends at Geek Nation Tours are starting a new series of Battlefield tours and we thought we would get the low down on what they are planning….

Teras: Geek Nation Tours is honoured to present a new series of tours dedicated to the men and women who lost their lives during World War Two.  The series will run once every two years and each time we will explore a different theatre of this vast conflict. Each tour will not only explore a specific region in great detail but will also be themed to cover a specific period during the war as well. As we progress from theatre to theatre and time period to time period, we will also visit other sites central to the war as a whole to create a complete picture of the Second World War. With this in mind, we will eventually be leading tours to France, Italy, Germany, Russia, North Africa and the Pacific as we endeavour to bring you tour coverage of every possible aspect of World War Two. 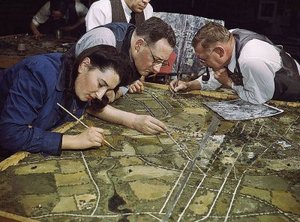 Geek Nation Tours is proud to offer tours that will not only commemorate the fallen and the sacrifices they made but will also educate and uncover perspectives from ‘the other side’.  It is our hope that our highly detailed tours will enable each and every participant to return home with new insights into the war. To guide us on our journeys we will be accompanied by Ray Harris of The History of World War Two Podcast.  Ray humbly describes himself as “just a guy that reads a tonne of books about WWII” however those who listen to his podcast are amazed at his truly impressive knowledge of the war. Each day, Ray will go into great detail about the conflict, the political personalities of the day and the progress of the war itself. Ray won’t be the only expert joining us though, as it is customary on all of our Battlefield Tours to have knowledgeable local guides to take us from place to place. 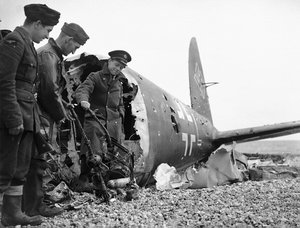 Our first Signature Battlefield Series will be – World War Two Tours: Britain Stands Alone! If you have been listening to Ray’s podcast then this will a great way to build upon his excellent coverage of the Battle of Britain by visiting the spot where the actual events took place. We will focus in detail on the period between June 10th and Sept. 15th 1940, when Britain stood alone against the Nazis and endured a merciless bombing campaign for their temerity.  We will examine both the RAF’s struggle to win air supremacy over Britain as well as the preparations made by ground forces to resist an actual invasion. We will stand on the very soil where soldiers and civilians alike stood their ground against Nazi aggression. We’ll also learn what the Nazi government hoped to accomplish during this calamitous period in 1940 and how the outcome of the battle affected the rest of the war. But we won’t stop there! We will also explore many other facets of World War Two from the British point of view. We will dive into the equipment they used, the political decision making of the time, how citizens dealt with “The Blitz”, and how Britain’s war effort affected the war as a whole.

For more information contact Teras Cassidy at headgeek@geeknationtours.com or visit them and see the complete tour details here.