Launch into Cruel Seas with the ML 303 Motor Launch. Supplement your Royal Navy flotillas with this powerful addition to your fleets. 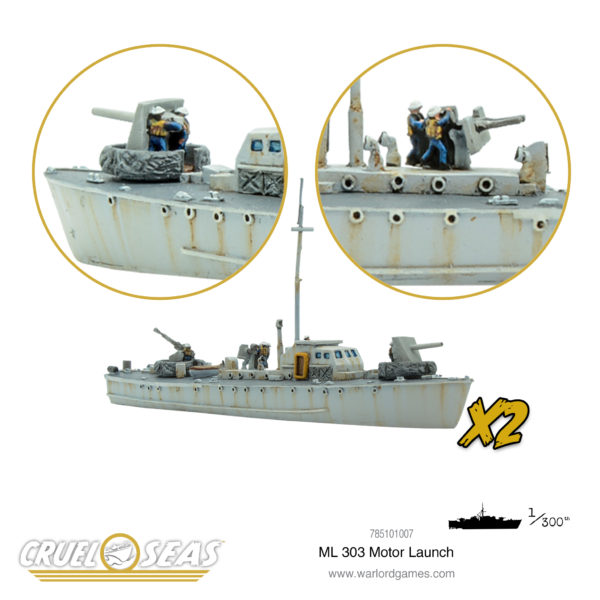 By far the largest of Royal Navy flotilla vessels were the ML (motor launches), used for a multitude of purposes including harbour defence, anti-submarine work, convoy escorts, minesweeping and air-sea rescue. Crewed by 16 souls, they weighed 85 tonnes and were 112 feet long. Their 1200hp engines could take them to a speed of around 20 knots. 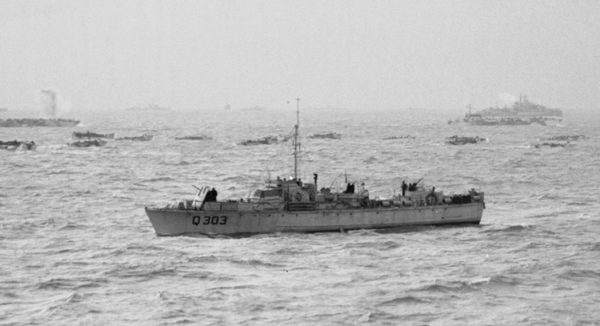 Hampton, J A (Lt) Royal Navy official photographer – Imperial War Museum Collections Search A 23877
Caption: “With the motor launch ML 303 in the foreground, a large number of landing craft approach the beaches during the invasion of Normandy on D-Day. Several other large ships can be seen in the distance.”

The Fairmile B ML 303 Gunboat comes in packs of two (plus data cards) to boost your Royal Navy coastal forces. 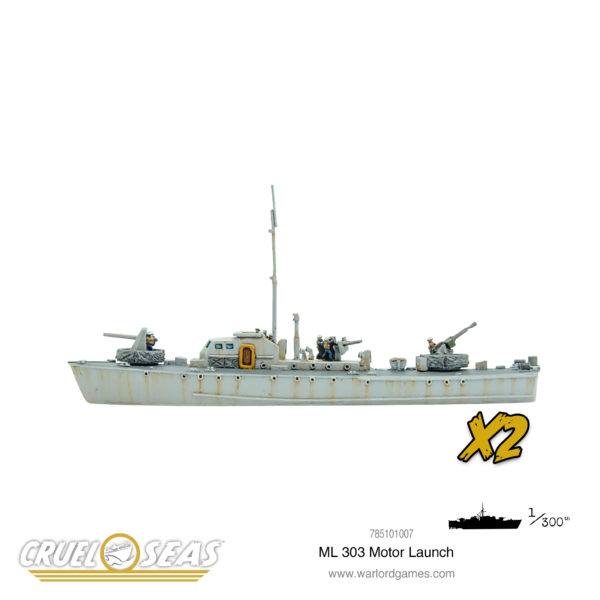 Dan can often be found contemplating the mound of unpainted minis building up under his desk. He has a tendency to roll lots of ones. He also has a tendency to complain about rolling lots of ones.
View Profile | View all posts by Dan Hewitson
Cruel Seas: Royal Navy T-class submarine
Collecting Konflikt ’47: Frostbite Alley