Warlord Games is going to be running an extra special open day in Nottingham on July 27th. 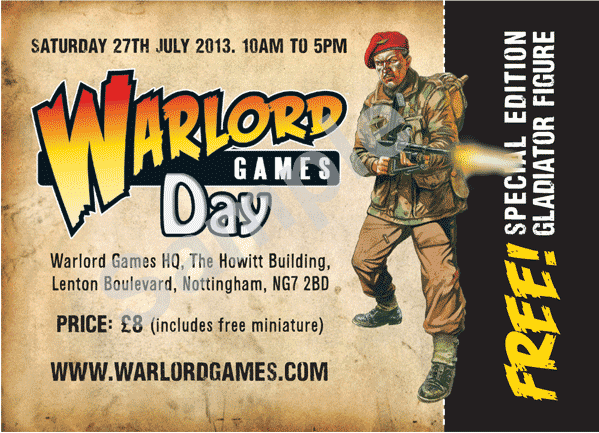 Where is it being held?

Right here at Warlord HQ as it shares a building with the ballroom of the historic Raleigh head offices. A fantastic space that we are going to open up to just a few hundred very lucky customers. The venue address is;

What will be happening on the day?

Lots of gaming!
We will have introductory games for of our games systems (Hail Caesar, Pike & Shotte, Black Powder and Bolt Action), as well as larger scale participation games for those already familiar with the rules run by those fine chaps at the Gaming Club Network. The GCN will they be on hand to talk to you about clubs around the UK but they can also help you understand what it means to be a part of the GCN with all associated benefits. Many of the current members will be there running the participation and demo games.

Pike & Shotte author Steve Morgan will face off against Neil Smith, author of many magazine articles and several Warlord supplements we are working on. Their Pike & Shotte battle will replicate the Relief of Newark during the English Civil Wars, when Rupert’s forces pushed the Parliament army back onto an island in the river Trent, eventually forcing them to surrender. This will be a participation game and so your chance to join in a Pike & Shotte game on a grand scale, pitting your wits against the rules writers themselves. Will Parliament be able to hold out or will the Royalists sweep across the bridge of boats on that fateful day in 1644?

Who is going to be there?

Renowned games designer (Hail Caesar, Black Powder, Warhammer, Warhammer 40K, Warmaster to name but a few…), Rick Priestley will be with us playing games, chatting about life in general as well as running a Questions & Answers session. Spaces for the seminars will be on a first come first served basis so be sure to get there early! 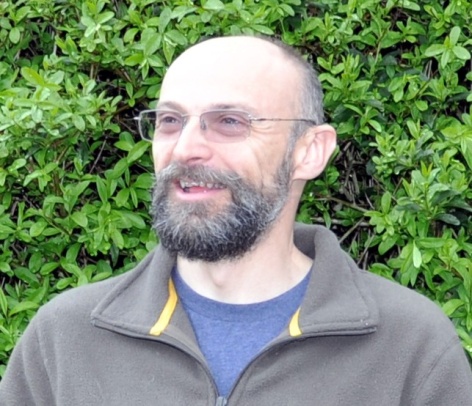 As well as Rick, we will have Paul Sawyer, one of the founding members of Warlord Games and all round World War II enthusiast. The former editor of Games Workshop’s White Dwarf magazine will be discussing how the company has made it’s mark in the last 5 years with it’s product releases and giving an insight into what is on the way during a Q & A he will be showcasing an awesome variety of publications and the huge amount of sculpts his studio has produced so far.

Warlord Games owner, John Stallard, will be holding court as he proudly surveys his growing empire. John is a wealth of knowledge on all matters military so grab a cup of tea with him and you’ll be regaled with tales of derring do and amusing anecdotes. Some of them may even be true…

We will also have our studio chaps, production crew and sales team will be on hand to discuss every part of what we do as well as talk you through how we get from concept to a released miniature.

Our authors, artists, painters, scenery makers and games designers will also be available all day so you really can get to the very heart of the hobby and find out how it all works while the conversion and painting clinics will help you perfect your skills.

With all of this going on Guy Bowers, editor of Wargames, Soldiers & Strategy (WSS) and his amazing retractable tripod are going to be with us at the event covering the days proceedings. He will be snapping away and interviewing everyone in sight so expect some very cool live updates as well as some fantastic articles in the future. Who knows a picture of you may make it to print!

The people behind the Beyond the Gates of Antares science fiction game will also be on hand to talk to you about the game’s development.  So, if you want to know more about the background, basic rules, basic weapon types with stats and army lists, you know who to talk to! 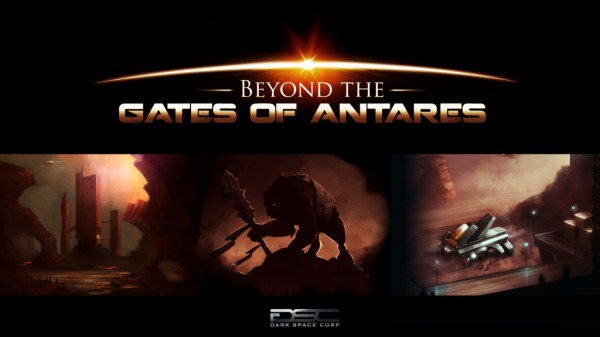 Ed Ward of Warmill will be running introductory games of BtGoA to help you get a good idea of where the rules are heading. The table that you will be playing on will be festooned with great looking Sci-fi scenery from their massive range of laser cut buildings and scenics. We think it will be worth playing for the table alone!

The first miniatures for the game will be on sale on the day too!

Special Offers on the day!

There will of course be some amazing traders at the event including access to the full Warlord Games catalogue where we will be offering up some amazing Open Day only deals to celebrate our first Warlord Games event. More details of these special offers will be announced soon.

As well as us market leaders in military history books and Warlord Games partner Osprey publishing will be front and centre at the event and will be showing off their latest raft of releases as well as talking about everything from Neil Smith’s Jason & the Argonauts to the Bolt Action: Armies of Imperial Japan supplement. With thousands of titles under their belt in the last 40 years or so they are sure to be able to point you to a relevant title no matter what period you are interested in!

Nick Eyre and the North Star crew will be showcasing their new figure range for In Her Majesty’s Name by Osprey Publishing. There will be a fantastic steam punk styled board with The Servants of Ra, The Black Dragon Tong, Scotland Yard Company, Society of Thule and Lord Curr’s company all fighting it out. They will have a trade stand with a limited amount of packs in the hall. They have a few surprise games in the works as well so keep your eyes peeled…

What a day we have planned, with more to come and with tickets priced at only £8.00 each including this superb special edition gladiator miniature how can you afford not to be there, especially seeing as tickets are selling out fast! 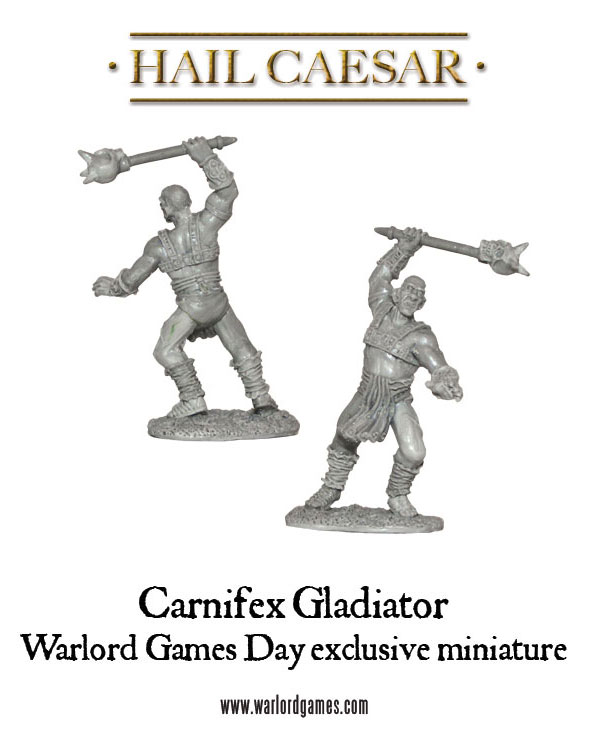 Keep up to date with all the news on our dedicated Facebook page or the new section on our website especially devoted to it. Both of these places will be updated regularly with all the latest news about the event. 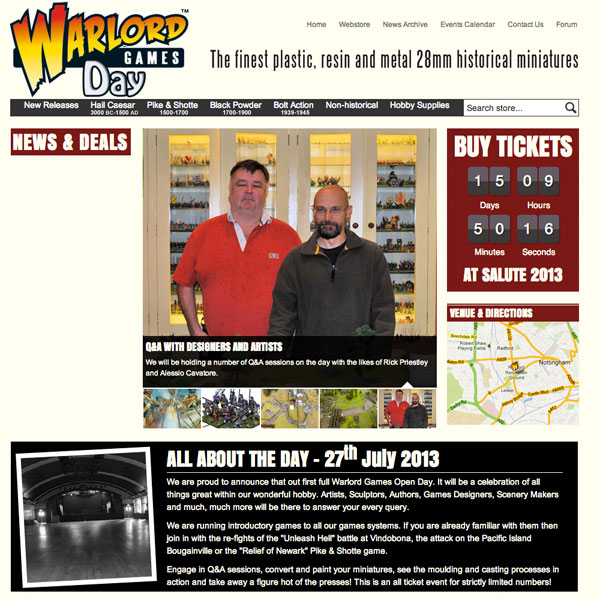 We look forward to seeing you all there!