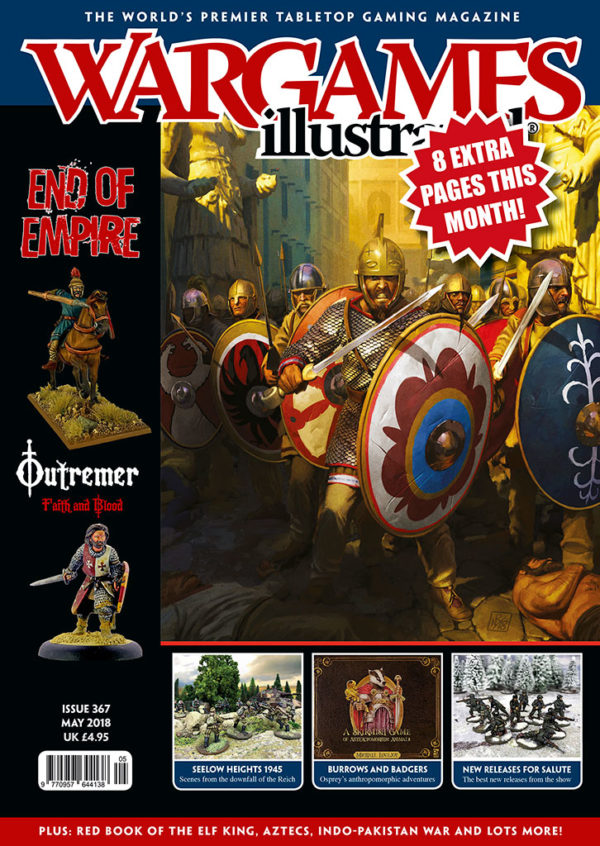 Inside this month’s Wargames Illustrated 367

Theme: The Ships of the Enemy Have Come

Pete Brown kicks off our theme by taking us to the Bronze Age and outlines how to create a Campaign system around the ‘Collapse of Empire’.

Michael Lovejoy explains the process behind the creation of the rules for his range of anthropomorphic animal fantasy miniatures, coming soon from Osprey.

Simon MacDowall tells the story of this catastrophic defeat of the Roman army by the Goths in AD 378.

The Battle of Asal Uttar, the Second Indo-Pakistan War, 1965. Steve Blease presents an ambush that took place during a war whose events still have repercussions today.

Theme: The Seven Cities of Cibola

Pete Brown discusses the wargaming potential of the collapse of the Aztec and other Meso-American Empires.

We had the opportunity to chat with top sculptor Steve Saleh and manager Joe Saleh of Lucid Eye Publishing, plus gaming guru extraordinaire Rick Priestley about the upcoming The Red Book of the Elf King skirmish game.

Colonel (Retired) Bill Gray takes a look at the 1st Balkan War, 1912 – 13, which was instrumental in hastening the collapse of the Sick Man of Europe’s imperial pretensions.

Jamie Gordon discusses his new rules for skirmish level gaming during the Crusades era and offers some exclusive rules for one of our latest Giants in Miniature figures.

Theme: Scenes from The Downfall of The Reich

Matt Moran charts the wartime career of an unusual German General and his role during the last days of the Third Reich.

David Saunders of Megalith Games presents a scenario designed for use with his Godslayer rules system, based upon a slice of history.

From Dien Bien Phu to the Street Without Joy and how they got there, Jim Graham discusses wargaming the French Indochina War 1946 – 54.

James Floyd Kelly passes on his step-by-step instructions for creating the monument which features in the Ghost Archipelago cover artwork.

Theme: Bringing Plastic Figures to The End of Empire

Rupert Mitchell takes a look at several different ideas as to how you might gather 1/72 scale and 1/32 scale plastic forces around the theme ‘End of Empire’.

Death in The Dark Continent Prequel

Chris Peers looks at how to adapt these rules for tribal conflict in Africa prior to the arrival of the Europeans. 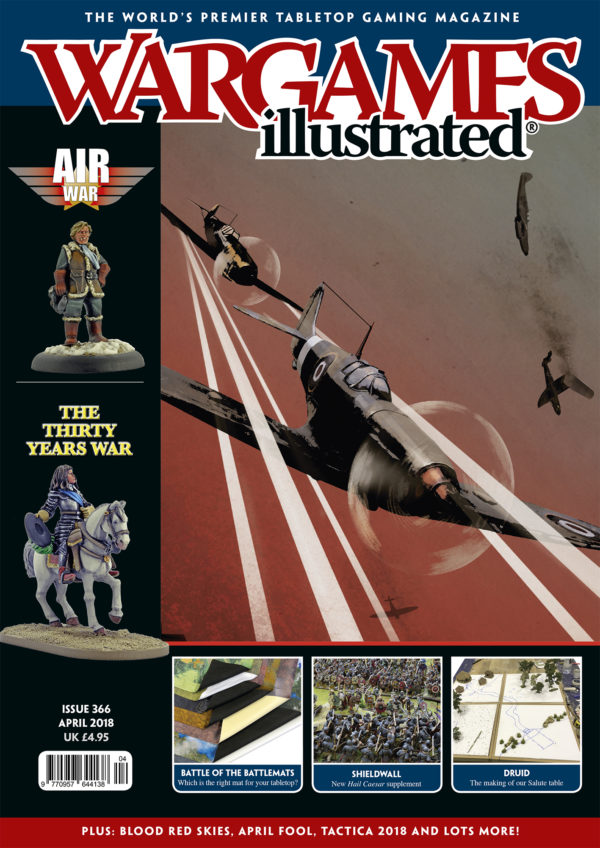 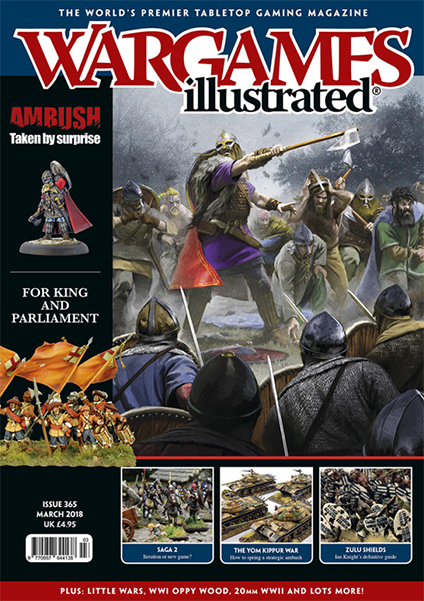 View Profile | View all posts by Josh Berridge
Salute 2018 Round Up
New: Houses and Corner Shop from Sally 4th