Lead the armies of the Dronescourge with the new First Instance Command. 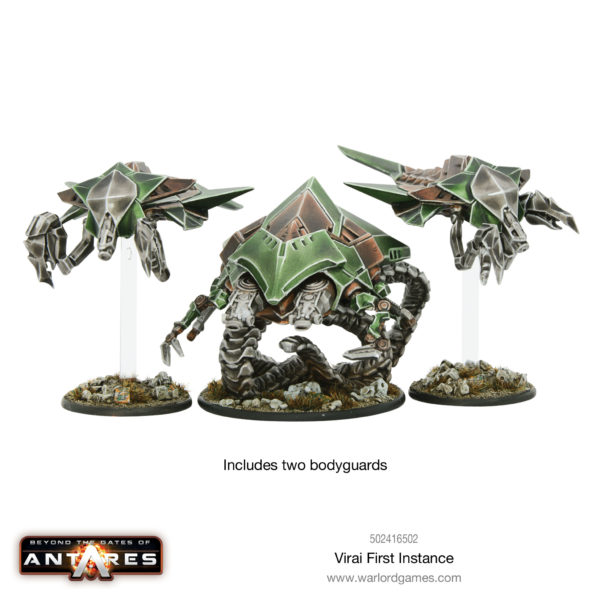 The Virai Dronescourge are a species of artificial life, drones with machine intelligences conforming to a strict, hierarchical structure. They are feared by all Antarean nations due to their purposeful disregard for both biological life and integrated, cooperative intelligences such as the IMTel. Their leaders are specialised drones called architectors, and the Virai First Instance is the sole commander of a Dronescourge Hive. 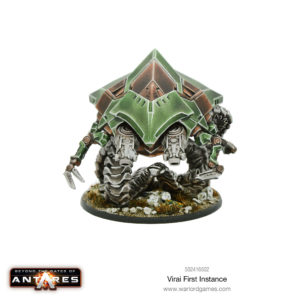 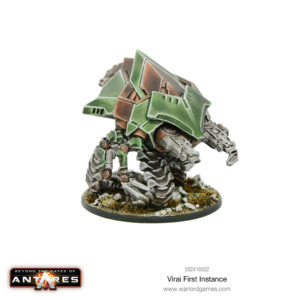 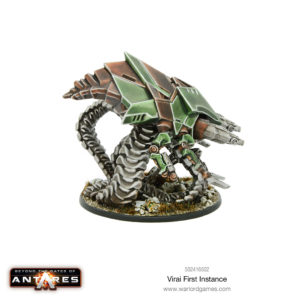 Each First Instance has comprehensive data cores holding the memories of all of its predecessors. Amongst the memories are blueprints for all the drones, weapons, tools and machinery a Hive could possibly need dependent on what resources it can mine or scavenge. A First Instance can back itself up to lesser architectors or clone itself into a NuFirst, a drone whose task is to leave the Hive and establish a new colony. 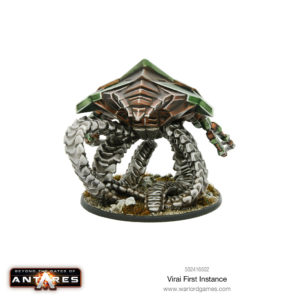 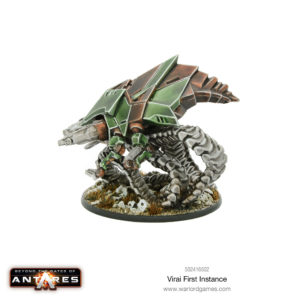 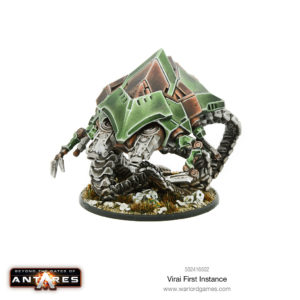 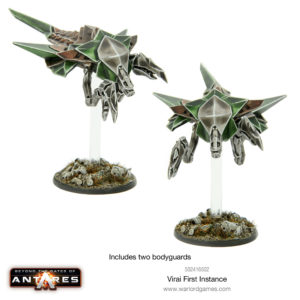 Virai First Instances are equipped with repair swarms to fix battle damage, multiple tool appendages and a pair of heavy duty fusion cutters, and are protected by multi-layered, honeycombed, cerametallic shells. They are normally accompanied by a bodyguard, either of Weapon or Warrior drones, the latter armed with vicious ripclaws for tearing at rock and enemy armour as well as deadly, dual-purpose fusion flamers. 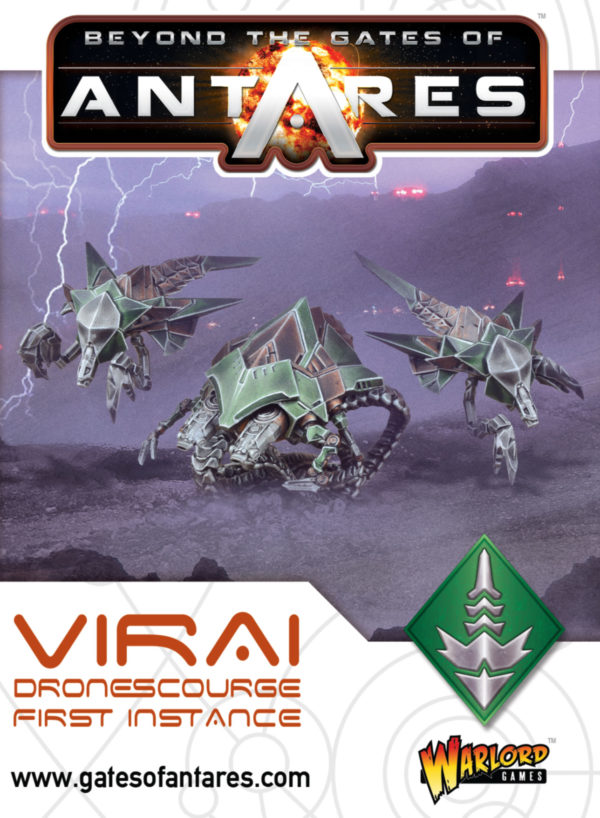 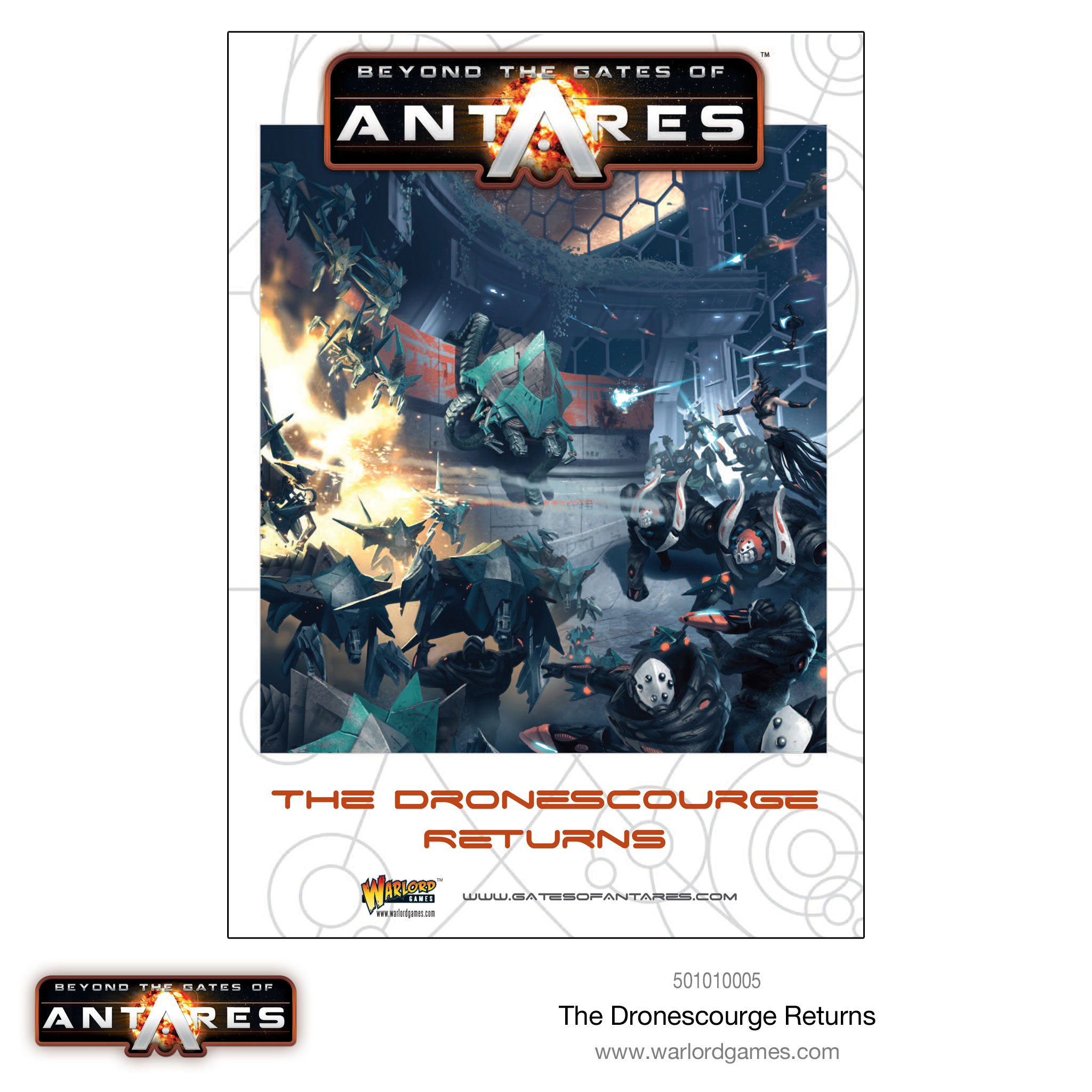 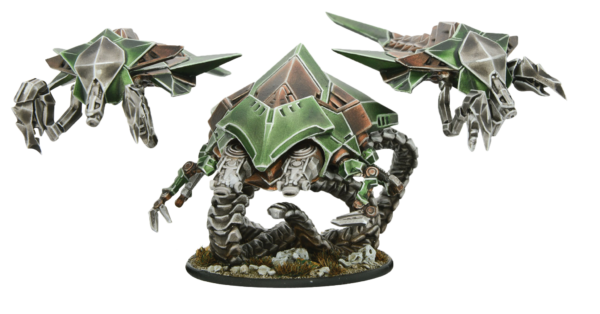