Algoryn, Beyond the Gates of Antares, Community

Hello all, Mitchell Thomas from the Noise Sector here reporting in from Australia and I’m back again this time to talk about the planet Defor and how I painted my Isorians. When we first were accepted into the Antares Initiative Ash, Dan, Mick and myself were already brainstorming ideas for a table and having discussions on what we would do for paint schemes. Our initial thoughts were that we wanted to have a Jungle board with plenty of opportunity for some crazy paint schemes (I think Dan at one stage was talking about painting his C3 a bright metallic pink). It was around this time that we heard whispers of something absolutely amazing. The man, the myth, the legend, Rick Priestly himself was going to be designing four planets for the eight groups to be allocated to and to fight over and that the planets themselves are now in the Beyond the Gates of Antares story. This was a massive thing for me and I waited tentatively as we all awaited the designs for the planet our armies were going to be calling home for the next 6 months. Then the announcement came and were given our planets. We were given the death world… Defor… 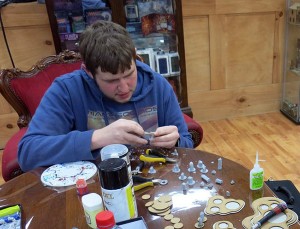 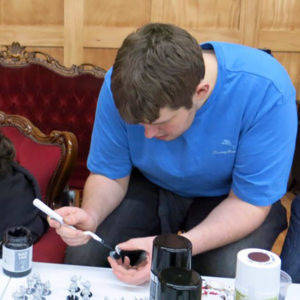 Now Defor isn’t your regular everyday planet. As I said before Defor is a death world. Comparing it to a modern continent we were essentially given Australia the planet. If the opposing forces on Defor wasn’t enough to kill you then the planet surely will. With it’s extremely acidic atmosphere, seas of boiling tar that exude an acidic khaki coloured cloud, and it’s thin red sand crust which gives way to even more tar hiding underneath Defor was very quickly dismissed as being a useful planet to colonise. This harsh forsaken planet only has one indigenous species which aren’t exactly the most natural of aliens. The Deforan’s bodies are crystalline and take the appearance of naturally occurring minerals. The are rooted in place and their only real way of moving, if you can even call it that, is to grow outwards in directions. The grow in groves where the more stable surface of Defor is found. Only some of these large crystal structures are sentient and communication is difficult to say the least. 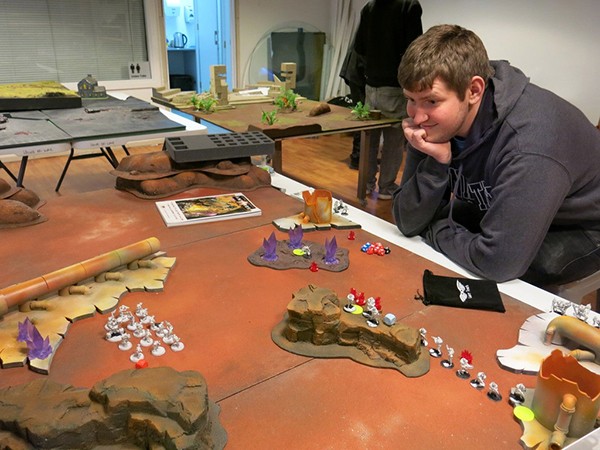 It was a planet that was ignored by most when first discovered and it wasn’t until a Vorl fleet recently decided to raid the hellish planet. At first rampaging at will on the planet against the seemingly defenceless Deforans their entire fleet was destroyed when vast balls of molten plasma rising from the boiling tar oceans wiped out the Vorl fleet in it’s entirety. This sparked an interest in the planet. Very quickly Defor had become a centre of attention and was very quickly covered in hostiles. The Deforans had somehow made an alliance of sorts with the Concord as the forces of the Ghar descend on the planet. The Algoryn fearing an attack from the Ghar deploy forces to the planet in order to protect some of their more undefended planets that are within easy reach of Defor. And the glory that is the Isorian Senatex also had remote worlds within attacking distance of Defor.

What a story Rick Priestly has put together for us, we’re determined to do Defor justice. So after a couple of meetings with the Noise Sector we each knew what we were going to do to bring Defor to life on the tabletop. While Ash, Dan and Mick had all decided to really show the dangerous environment of Defor by modelling onto their models the wear and tare that their forces had all sustained.

I opted for a different option. I prefer my models to be clean to an extent which didn’t really work with the planet we had been given. So I came back to my original idea that I had for when we originally were discussing what we were going to do for our planet. I thought instead of having Defor show it’s acidic atmosphere on my models I’ll have my models adapt to their surroundings. That’s why I decided to go for a camouflage effect on my Isorians like I was originally planning to do for the jungle planet that we thought up when we were first accepted into the Antares Initiative. This made me to take some time to think about how I wanted to execute my paint scheme as we had already discussed what we were doing for bases and I really needed them to stand out from the bases as the colours were very similar to what I was planning. I also needed to think of some other colours to mix into the model as I didn’t really want mono-coloured models and as a rule of thumb I believe three colours hits the perfect spot for variety in your models. 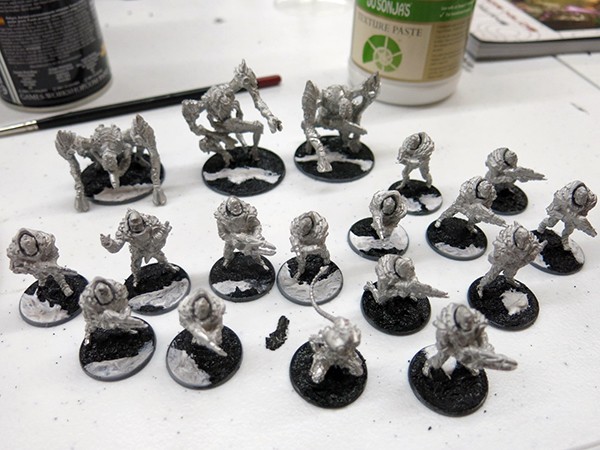 So I took a brief moment to inspect a single member of one of the phase squads. The things that stood out for me were obviously the armour, the vents found around the armour, the helmet and the gun. So I figured that these were the areas that I would be painting differently from each other.

Check out their month 2 antics in these 3 articles, a Podcast, and with updates over on their Facebook page:

0
Beyond the Gates of Antares593 Noise Sector3 The Antares Initiative23