Spotlight: The Siege of Malta

To celebrate the release of our brand new Ottomans last week, we’re going to dive into one of their great battles. Look to your defences, Malta is under siege! 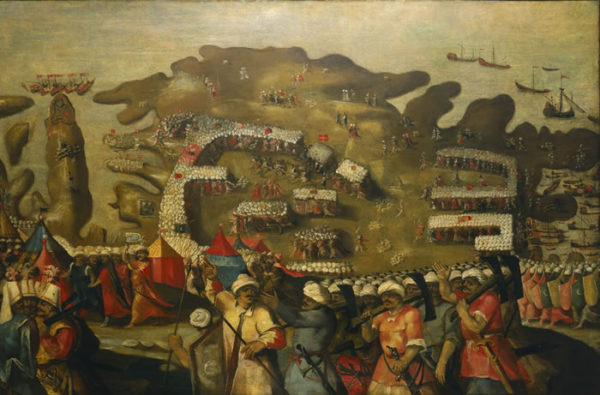 “Nothing is better known than the siege of Malta” – Voltaire

The defeat of the seemingly unstoppable Ottoman horde at Malta resounded across Christendom, reversing a series of black defeats across Hungary and the Mediterranean. It became the climax of an escalating struggle for dominance between the Ottoman and Hapsburg empires.

Driven from their former home at Rhodes in 1522, the Knights Hospitaller were gifted the island of Malta by Holy Roman Emperor Charles V in return for the annual payment of one falcon and a solemn mass to be celebrated on All Saints Day.

From 1530 onwards, the Knights found themselves fighting a running battle against the Barbary corsairs, with abortive sieges of Malta and neighbouring Gozo and an ignominious retreat from Tripoli in 1551. After a large Spanish fleet was routed at Djerba in 1560, a large-scale assault by the Ottomans became inevitable.

In early 1565, Grand Master De Vallette’s spies in Constantinople informed him of an imminent invasion. Work on the three bastion forts at Saint Elmo, Saint Michael and Saint Angelo was hurriedly completed and the Grand Master set about securing fresh troops from the Italian mainland and purchasing provisions. 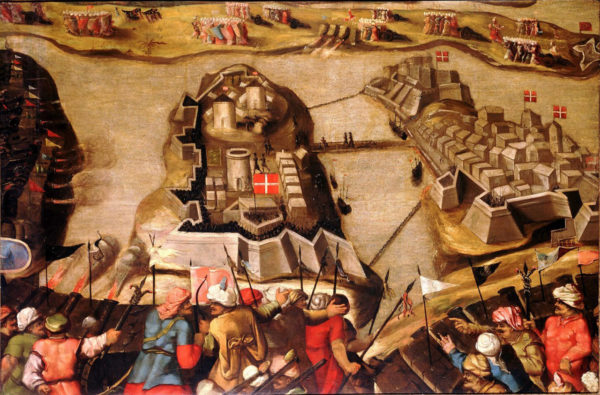 The Knights Hospitaller find themselves besieged in Fort St Michael.

The Knights Hospitaller managed to scrape together just over 6,000 men to defend the island, a rag-tag band of Spanish and Italian soldiers, augmented by native Maltese militiamen and 500 of the knight’s elite soldiers.

Borne across the Mediterranean in a fleet of 193 gallies and transport ships, came 40,000 Ottomans. With a crack core of Janissaries and Sipahi, the Ottomans had amassed an army of religious zealots and adventurers across their empire. 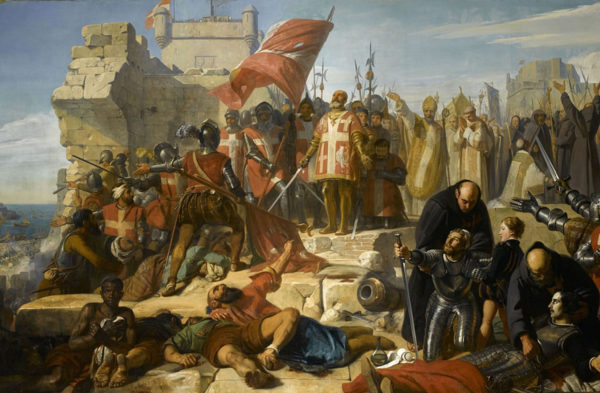 The Siege of Malta is lifted.

If the Turks should prevail against the Isle of Malta, it is uncertain what further peril might follow to the rest of Christendom – Queen Elizabeth I

The Ottoman armada made landfall at dawn on Friday 18th May. Anchoring in a natural harbour sheltered from the sirocco winds and hidden from the fortifications around the Grand Harbour. After some disagreement about where to attack, the army advanced across the island and surrounded Fort St Elmo.

Emplacing their three dozen guns on the slopes of Mount Sciberras, the Ottomans began a relentless bombardment of the Maltese forts, the high ground allowing them to fire across the harbour towards Fort St Angelo and Fort St Michael.

After a week of constant battering, Fort St Elmo was little more than rubble, and the elite janissaries had established fighting positions within spitting distance of the walls.

Within another week, Fort St Elmo had fallen. With the fort gone, the Ottomans were able to move their ships from the far side of the island to the harbour of Marsamxett, considerably closer to the siege operations.

From this new position, the Ottomans launched a two-pronged attack against Fort St Michael and the Senglea peninsular. Both attacks were repulsed, at great cost to the defending Maltese forces. By this time, the Ottomans had ringed the Maltese fortifications with 65 heavy siege guns and would fire 13,000 cannonballs over the course of the siege.

By this point, the resolve of the attackers was wavering. They continued sustained attacks against Fort St Michael and the neighbouring town of Birgu, but made no further significant gains. By early September, the Ottomans had lost over a third of their force to fighting and disease.

At about the same time, Spanish general Don Garcia landed on the north side of the island with a force of 8,000 men. Precipitated by a charge of impetuous knights, hell-bent on avenging their Christian countrymen, the Spanish attack quickly routed the already demoralized Ottomans and lifted the siege.

The Siege of Malta in Pike & Shotte

The siege of Malta has everything you need for an exciting few games of Pike & Shotte – from the amphibious assault across the Grand Harbour by veteran Janissaries into the teeth of the Maltese guns to the fighting retreat of the demoralized Ottoman army against Don Garcia’s Spanish relief force.

All you’d need to get started is some of our fantastic Pike &amp; Shotte infantry and some of our Wars of Religion range for the Maltese defenders, alongside our brand new range of Ottomans for them to fight against.

Between the core book and the Devil’s Playground supplement, you’ll have all the rules you need to fight a siege battle.

We asked Steve Morgan, the brain behind Pike & Shotte, to put together an army list for the Knights Hospitaller and Maltese forces, along with some Ottomans to oppose them, both of which we’ve included below. 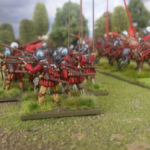 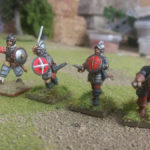 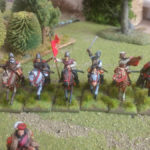 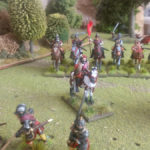 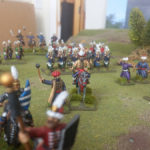 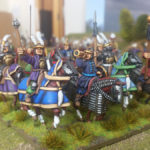 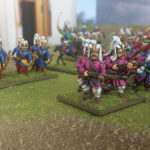 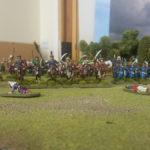 We’ve put together some fantastic new bundles to help you recreate the Siege of Malta on your tabletop. Both bundles come with a selection of cavalry and infantry, plus a free command figure! 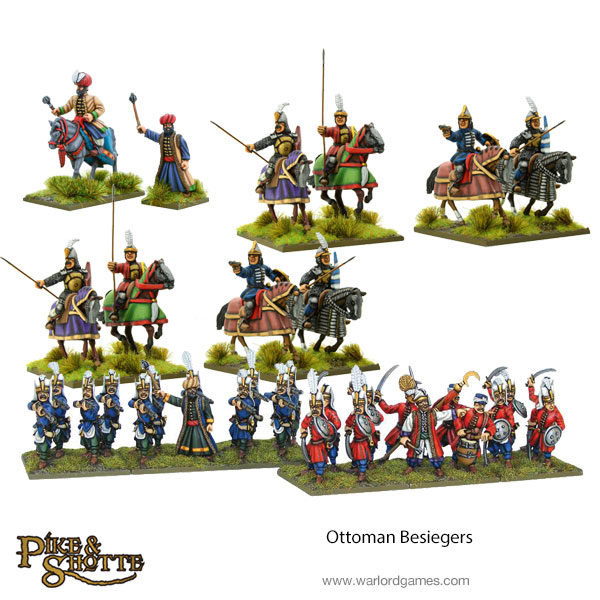 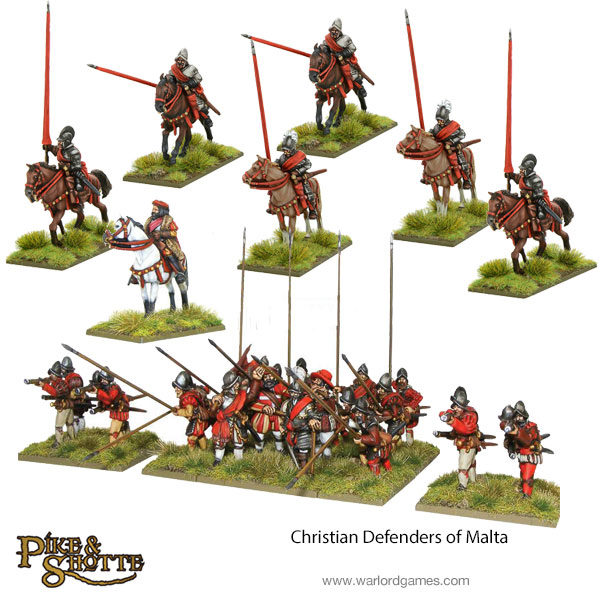 Tom spends most of his time buying books and painting miniatures. He enjoys putting animals on the bases of his miniatures and half-finishing side projects. Some say that he lives in a tower on top of some windswept northern hill with his wife and cow-patterned cat, Spaghetti.
View Profile | View all posts by Tom Mecredy
New: Black Powder II rulebook & Special Figure + Collector’s Edition
Character Focus: Middenface McNulty