We’re heading to the jungles of Burma for a look at the British Chindits, formed to take on the Japanese invaders using their own tactics. 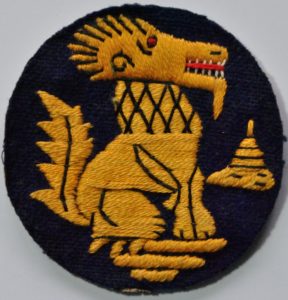 ‘Chindits’ is the name given to troops under Orde Wingate during the campaign in Burma in 1943 and 44. The name derives from Chinthay, a Burmese mythical beast – effigies of which guarded Buddhist temples. Although these formations were not universally composed of elite troops, especially during the later campaign of 1944, they included a core of men trained in jungle fighting and survival techniques. Chindits carried with as little heavy gear as possible and were masters of bushcraft, able to move through the jungles and penetrate enemy lines. They relied on airdropped supplies and mules to carry everything they needed in dense jungles that were inaccessible to motor vehicles. They developed a fast, hit-and-run style of warfare that was very different from the kind of battles fought elsewhere.

The True Enemy – the Burmese Climate

The role of the Chindit was to penetrate deep behind enemy lines, they were officially known as Long Range Penetration Groups. They not only had to contend with a wily Japanese enemy but extreme weather conditions, harsh terrain and diseases like malaria and dysentery. Casualty rates were extremely high. It remains a question of debate to this day as to the military value gained by the Chindit’s operations when their successes are set against the number of the lives that were lost. 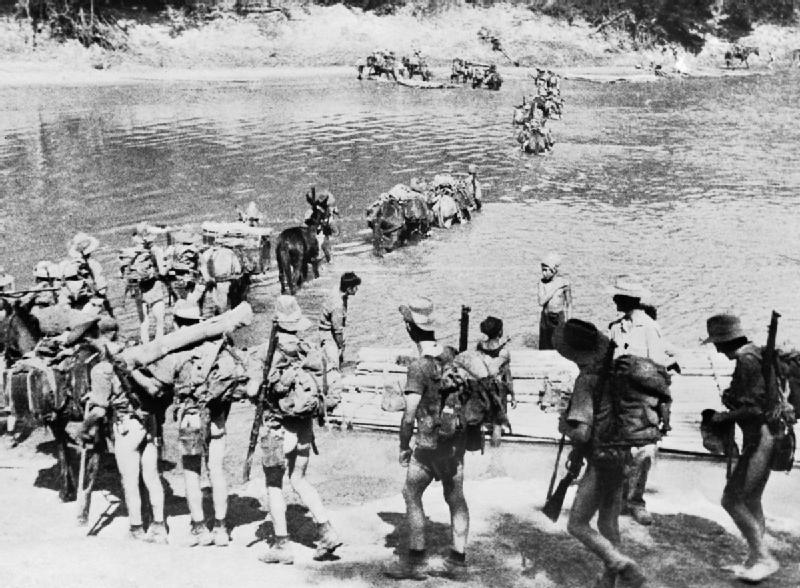 Chindits cross a river in Burma, those suffering from Dysentery often went naked.

Originally intended to be part of a larger offensive, the Chindits were sent into Burma as part of Operation Longcloth, on February 8th, 1943, accompanied by Wingate himself. They encountered Japanese forces a week later, after having crossed the Chindwin River. Two columns marched south and received an air supply in the open as a diversionary tactic, to give the impression that they were the main attack force, supported by the RAF. The two columns then proceeded east. One successfully lay demolitions along a railway, the other was ambushed, half returning to India. The remaining five columns pushed east, and successfully, albeit temporarily, disabled the main north-south railway. 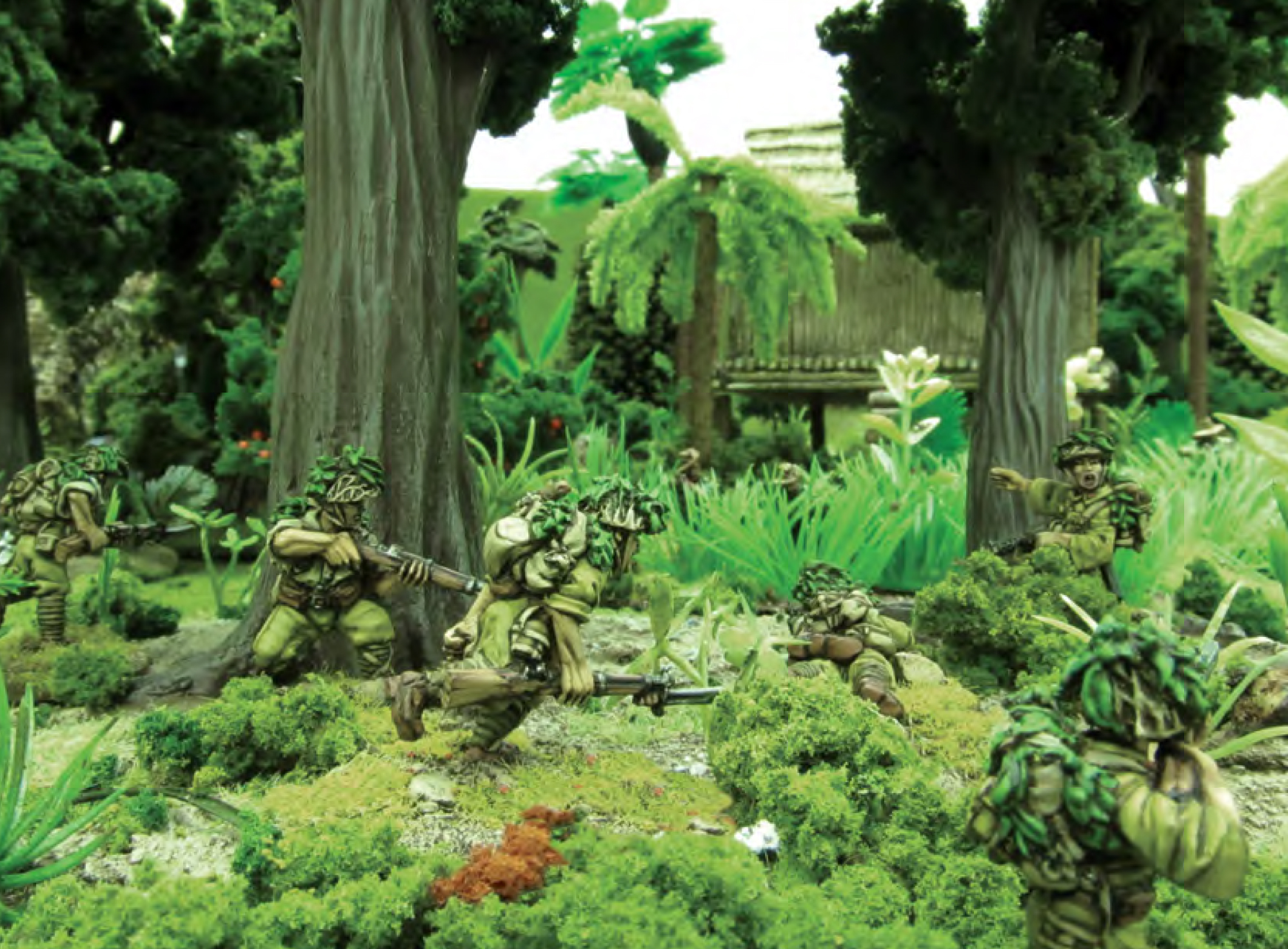 Wingate was a fickle commander, ofttimes changing his plans. He had instructed that the wounded be left behind in the care of villagers, though this order was not always followed. In late March, Wingate decided that the majority of forces should withdraw. In fact, after suffering the brunt of repeated Japanese ambushes, a number of the columns had already withdrawn. The columns gradually broke down into smaller groups of men, and 3 months after the launch of the operation, the majority of survivors had made their way back to India, or crossed into China. Almost a third of the forces did not return, having succumbed to battle or disease and an additional 600 who had successfully returned were no longer fit for combat service due to their ordeals.

The Chindits were lauded for their successes behind enemy lines, despite the fact that allied commanders had criticized the entire operation; Japanese railway communications had only suffered for a singular week so actual results were minimal. The operation did, however, provide the wider Army with a general morale boost.

The Americans were impressed by the raids conducted by Orde Wingate’s Chindits in 1943 and agreed to create their own long-range penetration jungle warfare under the code name Galahad. The 5307th Composite Unit (Provisional) was an all-volunteer force drawn from experienced jungle fighters in the US Army including veterans of Guadalcanal and New Guinea. After training in India the force of nearly 3,000 men was committed to fighting in the north along alongside the Chinese X and Y Forces under the overall command of General Stillwell. Journalists soon dubbed the unit “Merrill’s Marauders” after their leader Brigadier General Frank Merrill. The marauders performed exceptionally well, exacting a heavy toll on the Japanese in ambushes and hit-and-run raiding. However, just as with the Chindits, they suffered grievous losses from wounds and exhaustion.

Through this positive publicity and using his higher connections to deliver reports to Winston Churchill himself, Wingate was able to obtain authorisation to greatly expand the second Chindit expedition, this time with the direct support of USAAF Aircraft.

The second Chindits operation was tasked with deep penetration to disrupt the Japanese 18th Division, by preventing it’s reinforcement, harassing the rear and disrupting communications. On 5 February 1944, the 16th brigade entered Burma, traversing difficult terrain to evade enemy patrols. Over the next week, 9000 men were flown into the country over previously reconnoitred landing zones. Fierce fighting ensued around each, though Japanese attacks were eventually repulsed with the aid of field artillery and for a limited period, Spitfires.

On 14th March, a B-25 bomber on which Wingate was travelling was destroyed in a thunderstorm. Stillwell selected Brigadier Lentaigne as his successor. He met opposition from his commanders, as he had been critical of Wingate’s techniques, and lacked the political connections that Wingate had accrued.

Under the orders of Lentaigne, elements of the Chindit army established a stronghold in May, codenamed Blackpool at Hopin, to block the main road and railway. Troops were faced with near-ceaseless fighting for 17 days; unable to receive support due to the heavy monsoons and were forced to fall back at this time. The Chindits were not especially well-equipped for a protracted defence operation. 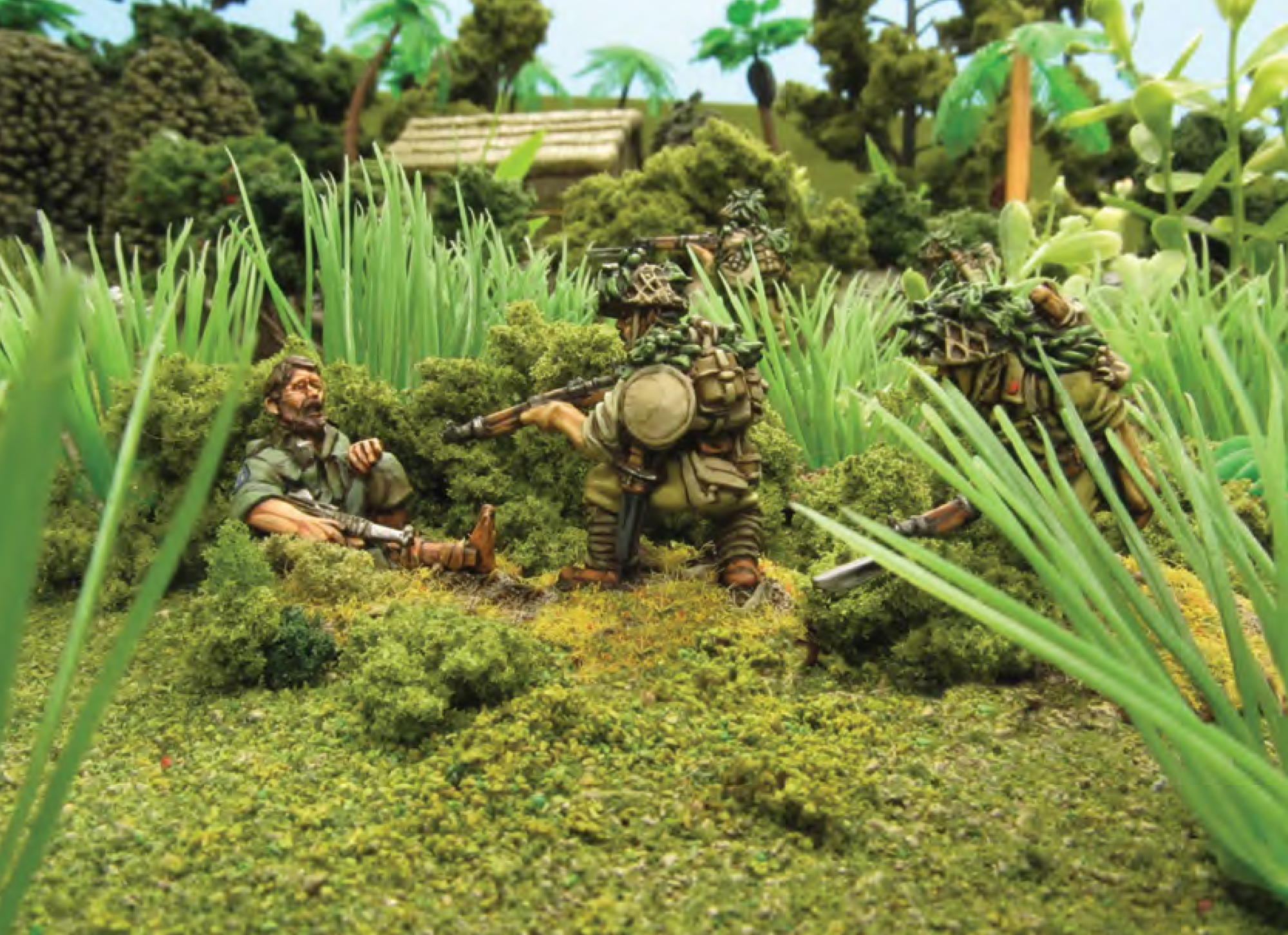 Falling under Stillwell’s command, the Chindits were ordered to press forward on various Japanese positions, ofttimes without aerial or tank support. As a result, casualties were ever-mounting. The 111th Brigade had suffered greatly in the horrendous conditions. only 119 out of 2200 men present were declared fighting fit by an examination by doctors on 8th July 1944.

The Chindits left the combat area by 27 August 1944. They had suffered a tremendous number of casualties; as well as 1396 killed, 2434 were wounded with a significant number thereafter confined to hospital and given a specific dietary regiment to gradually bring them back to health. The Chindits themselves were dispersed and reorganised in the early months of 1945.

The Chindits were lauded for their bravery but the tactics of Stillwell and Wingate have oft been criticized in retrospect. The concept of the Chindits was sound, but their operational usage did not match their strengths.

Bring your own Chindit force to Bolt Action. Can you effectively use their unorthodox tactics to drive back the Japanese invaders in Burma? 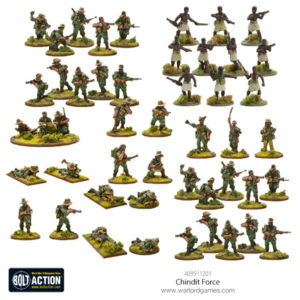 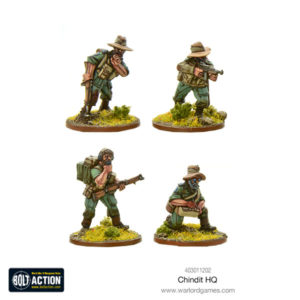 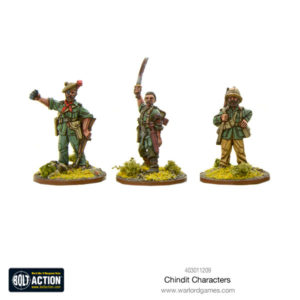 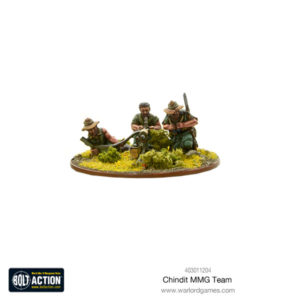 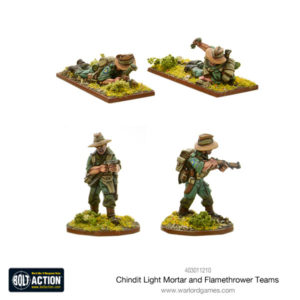 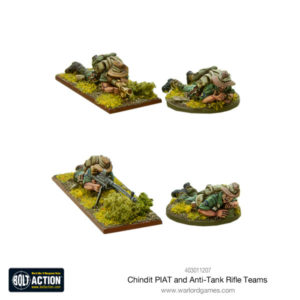